A job is a job, right? I’d take any job in the NHL any day. But for head coach Peter DeBoer, he might not be too excited for the situation he’s walking into. Why? DeBoer may have a serious case of deja vu in Silicon Valley.

Let’s take a trip back to 2012. New Jersey is fighting for the playoffs with DeBoer at the helm. But, who are these guys? Martin Brodeur is in the twilight of his career but giving the Rangers fits, Zach Parise is Captain Fantastic, and Ilya Kovalchuk is… well… not retired.

Then, the Kings happened. And the following Summer broke New Jersey’s heart. Parise chose to return home to Minnesota. The lockout happened. And money became very tight. The team was sold and the club was in turmoil. The season after pushing the Kings to six games in the Stanley Cup Final, the Devils couldn’t even stay above .500.

Brodeur began showing his age, Kovy was quickly becoming the only active offensive threat, and the next year only made things worse. With the signing of Cory Schneider, Brodeur left and the team had lost its identity. Then, out of nowhere, Kovy up and left. The Devils were broken.

Can The Sharks Avoid the Same Fate? 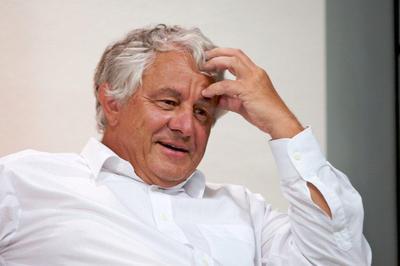 This Summer, the Sharks are seemingly at that same crossroads. Aging veterans, goalie difficulties, and free agents that just don’t make the cut.

Will the Next Goalie Please Stand Up?

Antti Niemi is done in San Jose, but the Sharks don’t have a Cory Schneider waiting in the wings to take up the net. DeBoer has his work cut out for him in that situation. Goalies are rare and expensive this Summer and the minor leagues do not hold any candidate ready to take the reigns. Without a confident netminder, the Sharks will continue to regress.

So, back to square one for DeBoer. He’s got to find his Schneider. The Sharks hold the same pick that the Devils did when they made a draft day move with Vancouver. Unless DeBoer is prepared to rely on the up-and-down Alex Stalock and an unknown from the minors, draft day is going to have to be busy.

Veterans On the Way Out

Don’t let the smiling picture fool you. The vets in San Jose are disgruntled. Animosity between Joe Thornton and GM Doug Wilson are just the beginning. But, even if they were perfectly happy, time is running out for top line players like Thornton and Patrick Marleau. By 2016, the Sharks will have to seriously consider moving them or risk losing them for nothing.

Sound familiar? It should. The Devils lost Parise and Kovalchuk and got nothing in return. The difference lies in Joe Pavelski and Logan Couture. The Sharks will have those two to land on while the Devils fell flat.

Holes in the Sharks lineup, however, demand attention. Much has been bemoaned about the Sharks defense. Trades are imminent as Mirco Mueller has shown he isn’t ready to save the blue line. Losing key veterans seems to be in DeBoer’s future again. He will need to have a better contingency plan this time around.

Michael Ryder, Ryane Clowe, and Martin Havlat. Just to name a few. These are the guys the Devils entrusted their fortunes to after losing their offensive punch. 97 points between the 3 of them in the past two seasons (if you can call them that, injuries bothered all of them).

In California, John Scott, Mike Brown, and Raffi Torres are the types of free agents Doug Wilson attracted. None of whom have been particularly useful. Guys like Marian Gaborik, Marian Hossa, and Brad Richards have recently been won in free agency and become key members of championship teams.

Unless every single youngster in the Sharks lineup turns out to be a stud, free agency will be a necessary battle. DeBoer has got to hope GM Wilson will shed his recent track record with free agents.

DeBoer will not grimace in the face of these omens, however. While he did struggle to get his team to win in New Jersey, he managed to make the Devils one of the best possession teams in the league. And, in tiny spurts, the Devils showed signs of excellence. Somehow, without any high-end talent, the Devils made games interesting. DeBoer’s hard nosed style and ability to connect with his players made the Devils a true “team.” The ability to learn from one’s mistakes is key. DeBoer looks to avoid history repeating itself.