The Pittsburgh Penguins have been in the driver’s seat of the Metropolitan Division for the better part of five months already. With an opportunity to clinch a playoff spot this week and the division shortly thereafter, all eyes have turned to how this team will perform in the playoffs. Despite their regular season dominance, the Penguins have quite a few issues to keep an eye on during the final stretch run.

Many would expect that a team that leads the league in man-games lost would at least be well-rested due to injuries alone (even Evgeni Malkin is now out 2-3 weeks). The Penguins still have several key players to watch in terms of games played and minutes played though, especially because of the Olympics.

Sidney Crosby, in his ninth season in the league, is on pace for his first full 82-game season (knock on wood). With an additional six Olympic games and the highest average ice time he’s ever played in the NHL (22:00 min/game, second among NHL forwards), Crosby’s durability down the stretch will be a key factor to watch.

Another Penguins Olympian is already showing significant signs of fatigue. Olli Maatta, the 19-year-old defenseman with Calder nomination hopes, has played in all but one game for the Penguins so far and also played in six Olympic games. Having just made the jump from the OHL this season, Maatta has already surpassed his previous career high in games played (58 in the OHL) with plenty more on the horizon. Since the Olympics, Maatta’s play has been on the decline and the Penguins may want to keep a closer eye on him if they expect him to make an impact in the playoffs.

Maatta’s regular defensive partner, Matt Niskanen, is also on pace for career highs in games played and ice time in his seventh NHL season. With Paul Martin and Kris Letang out, Niskanen has taken over #1 defenseman duties and has yet to miss a game this season. Combined with Maatta’s demonstration of fatigue as of late, this pairing is one to watch closely over the last three weeks of the season.  It might be time for some scheduled games off.

Other Penguins that have played in all 71 games so far include: Jussi Jokinen (also six Olympic games), Brandon Sutter, and Craig Adams.

While Marc-Andre Fleury isn’t necessarily a fatigue risk, his numbers tell a concerning story after he even received some Vezina thoughts in the first half of the season.

Goals against average and save percentage will never tell the full story for a goalie and the defense in front of him, but those numbers are enough to suggest that the Penguins are not trending in the right direction towards the playoffs.

Anyone who has watched the team over the past month can easily point out how erratic the defense has played and how frequently they have hung Fleury out to dry. Whether it’s a 5-4 overtime loss in which three own-goals are scored off of defensemen or a 1-0 loss where the offense can’t put anything together, Fleury has seen his share of frustrations recently with his team.

The question is how will this all play into Fleury’s psyche heading into the playoffs? His playoff history is well-known. His work with a sports psychologist is well-known. The question is whether any playoff shortcomings will be due to Fleury, the defense, or a combination of both…and who will actually get blamed for it.

Fleury isn’t the only one with a questionable recent playoff history. The Penguins haven’t exactly kept their heads in the last two springs. In 2012, it was a six-game quarterfinal series with the Flyers that sent both teams unraveling as the Flyers got the upper hand in a matchup of mind games, bad defense, and bad goaltending. In 2013, it was a four-game sweep at the hands of the Bruins during which Crosby verbally sparred with Zdeno Chara and Evgeni Malkin fought Patrice Bergeron. 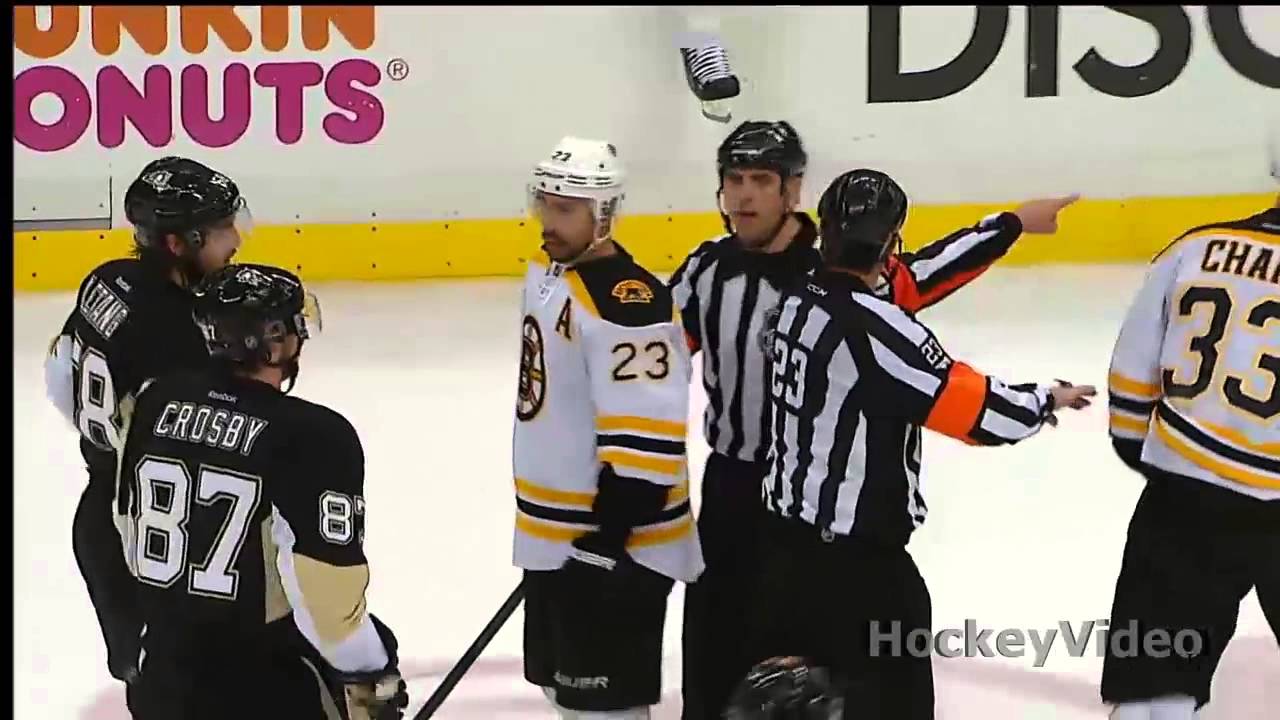 The Penguins haven’t been known for their composure and the recent outcry against James Neal suggests that the team may still have some issues. Will the Penguins learn from previous years or is frustration and a quick temper one of the lasting images for this core of star players? Given the injuries and the lack of scoring depth that the team has dealt with, they cannot afford to lose a star player over a temper tantrum.

Speaking of depth, Ray Shero made two shrewd additions in Lee Stempniak and Marcel Goc at the trade deadline. Stempniak has already proven himself as a great fit on the first line with Crosby and Chris Kunitz. In his first ten games with the Penguins, he has recorded two goals and five assists, all at even-strength.

Meanwhile, Marcel Goc hasn’t added much scoring, but has at least added a higher level of depth and defensive prowess to the team. He has been used heavily on the defensive side, starting only 8.6% of his shifts in the offensive zone per Extra Skater. His overall play has been hurt by a lack of quality wingers though. He has frequently lined up with offensively-challenged role players such as Craig Adams and Tanner Glass.

Therein lies the problem for Pittsburgh’s forwards. Even the two acquisitions weren’t enough to solve the depth issues at wing. If the top two lines go cold as they did against Boston a year ago, there is little hope that the third and fourth lines can pick up the slack. There should be an emphasis on finding a way to spark the bottom six forwards in the last three weeks of the regular season.

As the Penguins demonstrated over this past weekend, they often live and die with special teams. Their top-ranked powerplay (24.1%) was the key to victory in a 4-3 (OT) win over Tampa Bay that included three powerplay goals. Meanwhile, a 0-for-5 effort the next day against St. Louis cemented a 1-0 loss. The Penguins have a significant amount of offensive potential, but it sure seems like much of that offensive potential is at the mercy of the referees.

Beyond what they score on the powerplay, the Penguins have given up several shorthanded chances over the past two weeks, highlighted by allowing shorthanded goals in back-to-back losses against Philadelphia over a week ago.

After all of that, I would be remiss to not include how injuries and injury returns will play a factor heading into the playoffs. That entire topic requires another article on its own at this point though.