Connor McDavid recently became the highest paid player in the NHL with his $12.5 million cap hit for eight years, and $100 million contract. McDavid’s extension gives Winnipeg Jets fans the chance to speculate on their own wonder kid, Patrik Laine and what sort of contract he will be signing in one year’s time when he is eligible for negotiation.

Patrik Laine’s first season in the NHL was a good one. He scored 36 goals and bagged 28 assists in 73 games to assert himself as the League’s best sniper; with great play comes a great contract. If Laine can continue this trajectory and produce a season similar to last year then we could see him earn the largest contract in Winnipeg Jets franchise history.

What Do Scoring Wingers Get Paid?

Filip Forsberg signed a $36 million, six-year deal with the Nashville Predators after scoring 26 and 33 goals in his first two seasons, respectively. He tallied 63 and 64 points in those final two years of his ELC. Forsberg, unlike Laine, played in the postseason and scored six goals in 20 playoff games prior to his contract signing.

Gabriel Landeskog was a fellow number two draft pick who signed with the Colorado Avalanche in 2011. He scored 22 goals and 52 points in his rookie season, landing him the Calder Trophy. He followed that up with 17 points in 36 games during the lockout shortened season. 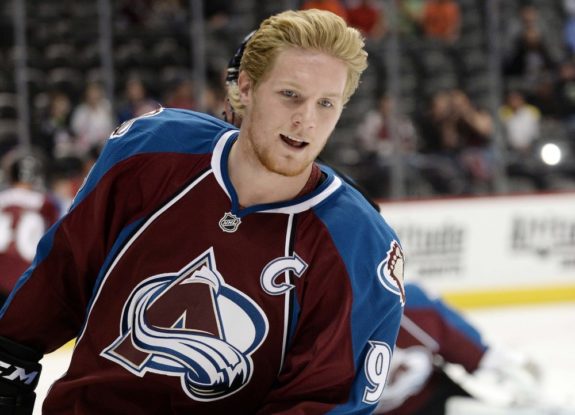 The following year Landeskog had his best NHL season scoring 26 goals and 55 points while scoring 8 points during the Avalanche’s playoff campaign that year. He signed a $39 million contract over seven years for a $5,571,429 cap hit per season.

Vladimir Tarasenko was drafted 16th overall in the 2010 draft by the St Louis Blues and did not arrive in the NHL until the lockout shortened 2012-13 season where he had 19 points in 38 games. In the following season he played 64 games and scored 21 goals, while putting 22 helpers on the board.

The final year of Tarasenko’s contract cemented his place as an elite NHL scorer when he bagged 37 goals and 36 assists in 77 games. He also netted six goals in six games during the Blues’ playoff campaign that season. Tarasenko was signed at the end of the 2014-15 season to a $60 million, eight-year deal worth $7.5 million a season.

Nathan MacKinnon was drafted 1st overall at the 2013 draft by the Colorado Avalanche and in his first season proved that he could be a franchise player, much like Laine. He scored 63 points in his rookie season and contributed 10 points in seven playoff games, which earned him the Calder Trophy. 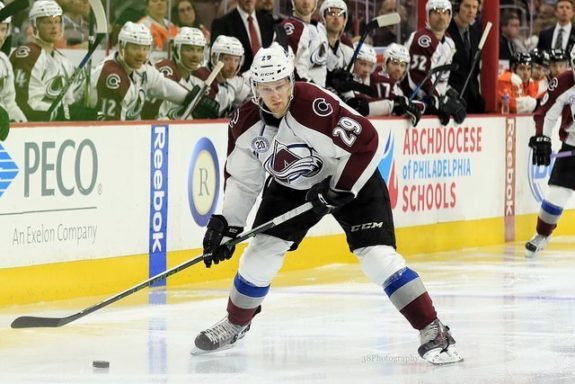 MacKinnon followed up those seasons with 38 points in 64 games and 53 points in 82 games. Ultimately, the Avalanche decided that MacKinnon had shown enough to be given a $44.1 million contract over seven years with a cap hit of $6.3 million per season.

The final example is Johnny Gaudreau who will begin his six-year, $40.5 million contract this season with the Calgary Flames. Gaudreau has played out 64, 78 and 61-point seasons during his ELC and scored 72 goals in his first three years in the NHL. In the postseason, he put up 11 points in 15 games which are steady totals.

Without looking too far into advanced statistics, we can see that Laine is as good or better than those players listed above. In terms of pure goal scoring, the Finn has shown he is a natural.

The Jets have to make a big decision next summer when Laine’s contract comes up for renewal. I would liken his upcoming deal to be somewhere around Tarasenko’s $7.5 million, eight-year deal. Tarasenko is a phenomenal goal scorer who is netting around 35-40 goals a season, a total which I’m sure Laine will be looking to hit again this season.

The Jets cannot mess about when dealing with their best player. He deserves a big pay day and I expect the Jets to hand out their biggest contract ever to keep the winger in Winnipeg.