Like many before NHL team captains before him, San Jose Sharks captain Erik Karlsson figures to receive a rousing ovation when he makes his return to Ottawa on Saturday to face the Senators.

Even when a captain’s tenure doesn’t end perfectly, the trend seems to be for fans to remember the good times for homecoming occasions.

Here’s a look at how returns went down for notable captains of the seven Canadian NHL teams:

Leave it to Bob Cole to sum up the ex-Edmonton Oilers legend’s return to the city best.

“This means so much to this city, to this country and to this hockey team here,” the CBC play-by-play man said as a standing ovation greeted Gretzky when he took to the ice for the Los Angeles Kings prior to the game against the Oilers at Northlands Coliseum on Oct. 19, 1988.

“And he’s going to mean so much to Los Angeles. Well, they appreciate Wayne Gretzky and they’re on their feet here again at the Coliseum for 99 in black and silver.” 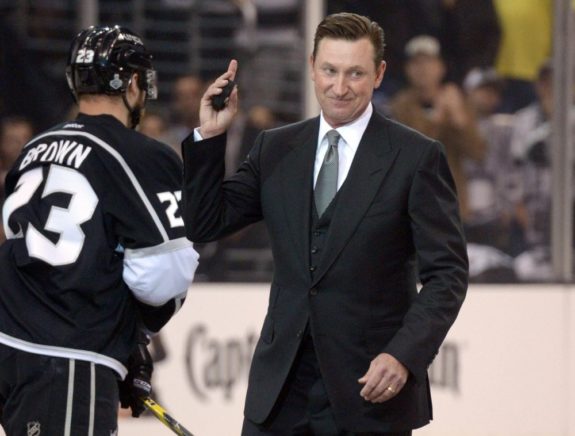 Another standing O came prior to Gretzky’s first shift in Edmonton after the trade that rocked the hockey world the previous summer. Gretzky had two assists in an 8-6 loss.

“It was a great ovation,” Gretzky said. “Words can’t describe it. It was a great feeling and I appreciated the applause, but in some sense, it probably would have got those guys going.”

While some Maple Leafs fans weren’t happy when Sundin didn’t waive his no-trade clause at the end of a lost 2007-08 season, the sore feelings didn’t linger.

After signing with the Vancouver Canucks as a free agent in the summer of 2008, Sundin scored the shootout winner at the then-Air Canada Centre on Feb. 22, 2009.

After he was named first star, he took a bow, blew kisses in the air and waved to the people who came to adore him over 13 memorable seasons with the Leafs.

”There’s been a buildup for this game,” Sundin said. ”All the battles and everything we’ve gone through over the last 13 years with the Leafs, so many ups and downs and disappointments and happiness. A lot of feelings came to mind on the ice.

”The ovation from the fans was very special. I’ll remember that the rest of my life.”

It’s often been said that no team does better tributes than the Montreal Canadiens — and the Habs didn’t disappoint on Jan. 22, 2011.

Fans chanted ”Saku, Saku” as a 2002 image of the Finn wearing a Montreal jersey flashed on the scoreboard as the national anthems ended before the Canadiens’ game against the Anaheim Ducks. They stood and cheered for about two minutes as Koivu circled nervously at centre ice and broke into a roar when he raised his stick to acknowledge the fans. 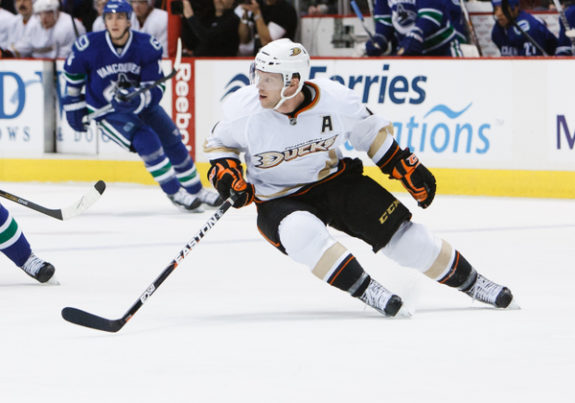 ”A lot of what I am today is because of Montreal,” Koivu, who overcame a battle with cancer during his time with the Habs, said after the Ducks’ 4-3 shootout win. ”There’s still a kind of bond with the fans here.”

After Alfredsson’s stunning decision to sign with the Detroit Red Wings the previous summer in free agency, there was a mix of anger toward the Senators and the player himself in Ottawa.

But on Dec. 1, 2013, Ottawa fans put aside any disappointment and showered the 17-year Senator with love. 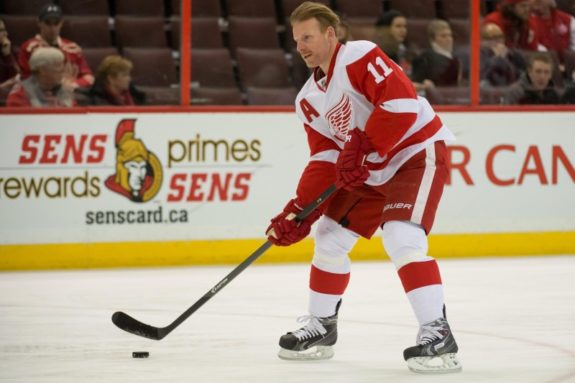 As soon as Lyndon Slewidge finished up his rendition of “O Canada,” the Senators’ tribute to Alfredsson began on the video boards. Alfredsson stood in front of the visiting bench and looked up at the screen while the crowd rose to its feet to make a standing ovation the backdrop to the moment.

In total, the tribute lasted 67 seconds, but the chants of “Alfie” lasted long after.

“I really appreciate the gesture from the Sens organization and the fans,” Alfredsson said after the Wings’ 4-2 win. “It’s extremely humbling.”

The Boston Bruins-Calgary Flames game on Dec. 11, 2013 started a few minutes late. Flames fans at the Saddledome made sure of that, thanks to the tribute they gave Iginla.

Traded to the Pittsburgh Penguins at the previous trade deadline before signing with the Bruins in the summer, Iginla received a hero’s welcome for his return after 16 seasons in Calgary. 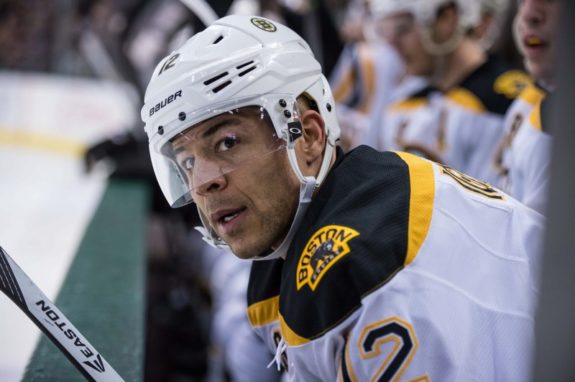 The standing ovation began even before the a pre-game video tribute. Iginla attempted to get his game face on, but it cracked into a wide grin at the familiar chants of “Iggy, Iggy” and he raised his stick again.

“It was definitely emotional. It was a cool feeling,” Iginla said after the Bruins’ 2-1 win. “It felt special, the ovation there at the start and then you kind of feel funny standing out there.”

A unique captain as goalie for the Vancouver Canucks, Luongo was shipped to the Florida Panthers, at the 2014 trade deadline.

On Jan. 19, 2015, he returned to the building where he played for the Canucks for eight seasons and also guided Canada to Olympic gold in 2010. 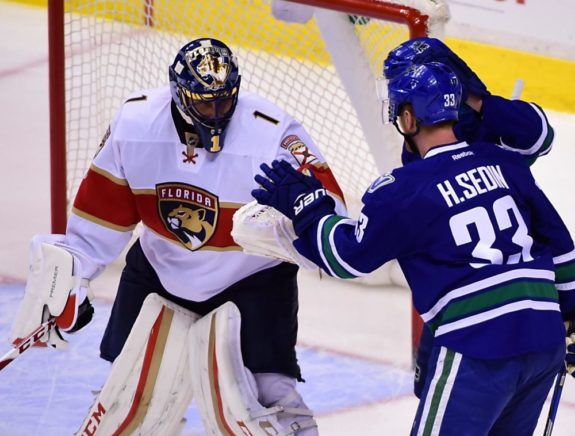 Luongo stopped 31 shots in a 3-1 Panthers win. During the first period, Luongo looked up at the scoreboard and tapped his heart to acknowledge the crowd after a video tribute.

Chants of “Loo” were heard every time Luongo made a save.

“It’s nice to receive that acknowledgment,” Luongo said. “I gave my heart and soul the whole time. There was some ups and downs obviously, but at the end of the day I am glad the positive is remembered more than the negative.”

Ladd’s name may not hold the same stature as other names on this list, but he goes down as the first Winnipeg Jets 2.0 captain to return to the city.

On March 19, 2016, after being traded to Chicago prior to the trade deadline, Ladd scored for the Blackhawks in a 4-0 win. He was honoured with a video tribute. 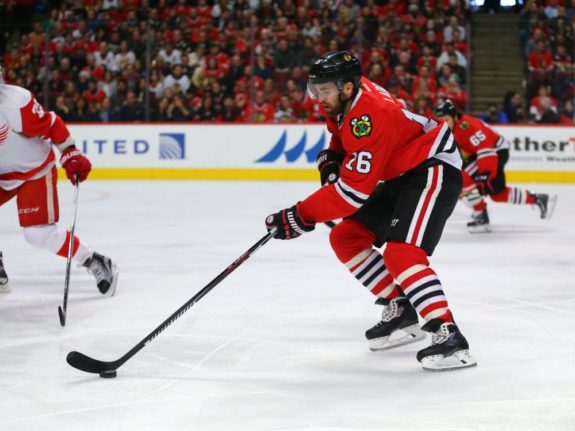 “It was awesome,” said Ladd, who raised his stick toward the 15,294 fans at MTS Centre.