If you told a Stars fan in 1999 that former defenseman, Craig Ludwig, would be famous for his Periscope in 2015, you would elicit a furrowed brow. Known for their social shenanigans, the Stars organization and players have a knack for entertaining bored hockey fans and friends in the offseason. Who could forget their response to the Dallas Cowboys Twitter following the 2012 lockout?

Gaining attention for their chutzpah, the Stars’ rambunctious social persona carries over to the players and alumni. Check out these strange, awesome, and “safe for work” social media moments that turned heads in the 2015 offseason.

Unfortunately, Periscope is an app that hosts the kind of ephemeral media that’s unavailable for streaming within a matter of days. However, former Stars defenseman, Craig Ludwig’s, videos are unforgettable. Giving his Twitter followers a backstage pass into the Dallas Stars headquarters, Ludwig posted a few player moments and a view in to the Frisco, TX facility. SiriusXM NHL Network Radio commentators also discussed his videos on air, fueling the account’s popularity. For humorous tweets, Stars inside access, and a peek at Ludwig’s family life, follow his Periscope videos on Twitter.

Is there anything Stars Color Commentator, Daryl “Razor” Reaugh, can’t do? We’ve yet to find out, but Reaugh has served as Dallas’ own superhero rock star since 1996. Acting as half of an award-winning broadcast duo for nearly 20 years, Reaugh makes hilarious, outrageous statements using five-dollar vocabulary that have their own hashtag on Twitter. Give Reaugh a guitar and a camera during the long offseason, and the former NHL goaltender-turned-broadcaster entertains fans with his own version of Motorhead’s “Ace of Spades.” If you aren’t following this loquacious specimen on Twitter, you’re missing out.

“He plays. He acts. He models (with rubber ducks),” says Sportsnet’s Emily Sadler. Seguin has a knack for the limelight, and the 2015 offseason brought him a few new fans as a result of his work, ahem…off-ice. Over the course of his active summer, Seguin posed artfully nude for the ESPN Body Issue, and made a cameo as a ruffian with Seann William Scott and Flyers’ Michael Del Zotto in Goon: Last of the Enforcers. Seguin certainly isn’t the first hockey player to pose for the Body Issue, nor is he the first Star to make a film appearance.

Come for the hockey, stay for the movie cameos. pic.twitter.com/MAoxoXrRbk

When the Stars traded for Sharp, the long-time Blackhawk just didn’t look familiar in Victory Green. Luckily Jamie Benn, Tyler Seguin, and Jason Demers showed up at the press conference to welcome their new teammate in the best way possible. Fans quickly turned the players’ “awkward family photo” into a meme, providing some offseason fun via Twitter and Reddit.

@Rangers AND he fits into the all-purpose family photo. pic.twitter.com/ssNVgkkz3a

Since his trade to Dallas, Demers is always in on the fun. Following his breakout cameo in the Sharks’ Holiday Sweater video, Demers made an appearance as a performer at Setoguchi’s wedding this summer. Along with Chicago Blackhawk, Kris Versteeg, Demers put his poise and grace on display with an interpretive dance. 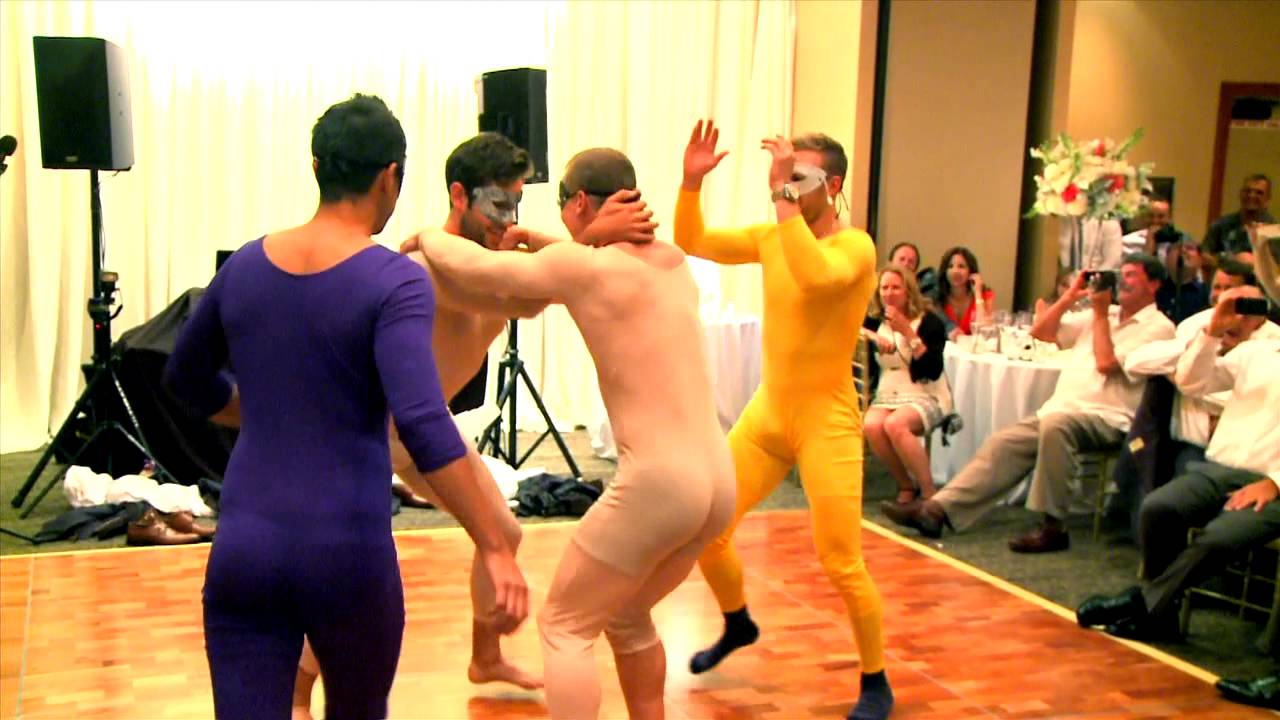 Don’t think that the Dallas Stars’ audiophile is exempt from a list of the best things to happen within the organization this summer. Aside from the actual game, “Grubes” is the next best thing to happen to Dallas hockey. As the Stars’ Music Director at the American Airlines Center, he ensures the in-arena playlist satisfies fans’ cravings for local music, while upholding the organization’s heritage with sounds fit for every gamer or metalhead. In August, Sports Illustrated immortalized Gruber in their hallowed pages with a segment detailing how his brand of in-arena experience creates an engaging atmosphere.

Stars' musical director @tweetgrubes gets fans on their feet without getting on the ice: http://t.co/vSE7Z4D9nW pic.twitter.com/KrVyuBM71G

Stars Continue to Entertain in the Offseason

Stars fans survive the offseason in myriad ways, and the players’ offseason shenanigans provide great entertainment. Not only are the Stars making trades to bring Stanley Cup playoff experience to Dallas, but they’re also grabbing fan attention across the offseason valley. While some, shall we say “not safe for work,” tweets went viral through the summer, the Stars players and alumni know how to do it up right; drawing fans with trades, acquisitions, and strange events that turn heads across social media.