They are called generational talents because they only come along once in a generation. First was Jean Béliveau. Then Guy Lafleur. Wayne Gretzky was next, followed by Mario Lemieux, Eric Lindros and Sidney Crosby.

Now, we add McDavid and Eichel. How many degrees would it take to connect this year’s pair to a pair of their forebears? Let’s find out.

(Few would be better at this than Pierre McGwire who, unlike me, wouldn’t need the help of hockeydb rosters.)

One: Being teammates is all that qualifies as a degree.
Two: No using Jaromir Jagr.

We’ll start with Connor McDavid. How many degrees separate McDavid from the great Guy Lafleur? I needed six. 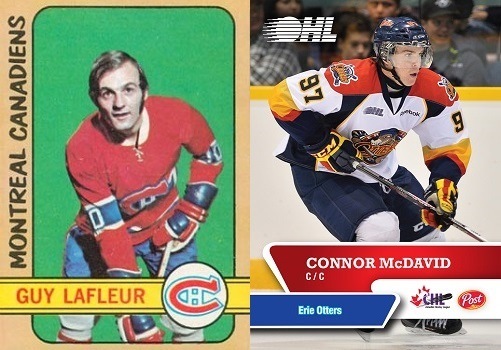 How about to the legendary Jean Béliveau? Another six. 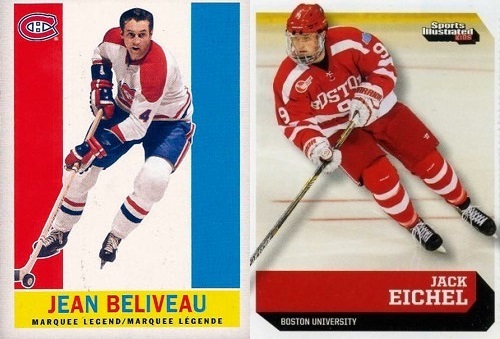 Not only did I need eight to connect the two, I had to go back to before Eichel qualified for a driver’s license. This might be the only time a hockey fan is happy to see a veteran guy who spent most of his career on one team finish out his career on another team (i.e. Leetch and Lefleur).

I have a feeling I can easily be outdone. Take your best shot in the comments.

For coverage of over 150 prospects in the upcoming draft, check out THW’s The Next Ones: NHL 2015 Draft Prospect Guide, available for the Kindle and all other e-reader formats.