The day that every Columbus Blue Jackets fan has been waiting for has arrived.  In a story that seemed like it never wanted to end, Ryan Johansen has signed a new 3 year contract, with an AAV of $4 million/season.  He will make $3 million this season and next, and $6 million in 2016-2017.  So finally, the Blue Jackets can move forward from this situation, and focus on the upcoming season.  With that in mind, we now need to be asking ourselves, what lessons did we learn as a result of this whole situation?  When you sit down and look back at the events that have transpired, you will see that there are very valuable lessons to learn from this whole experience.  We are going to pinpoint 3 of those here.

Lesson 1: This Is Only The Beginning

Just because Ryan Johansen now has a contract, doesn’t mean that this is the end of the story.  In fact, this is just the beginning.  We knew that eventually, at some point, when cooler heads prevailed, that Johansen would get his contract.  The question was when would he get the contract, and for how much?  Now that we know the answers to those questions, we can start to explore the next phase of this story.  We now need to be asking ourselves, how ready to play is Johansen going to be?  It is a fair question to ask.  As a result of these negotiations, Johansen will have missed all of training camp.  Will he be in any kind of game shape?  What is encouraging is the fact that Johansen is up to 6’4″ and 225 pounds.  That said, he will be behind everyone else who was a part of training camp.  Historically, very few players have been able to have success after not being a part of camp.  The odds are certainly not in his favor.  It is not impossible to have success, but it will be very difficult given the speed of the game and timing one needs to have in order to be successful.  If that wasn’t enough for you, now consider where he could be at mentally.  Will he be able to move forward from this situation, and not let the situation be any kind of a distraction?  Only time will tell.  This story is just beginning.  It may be revisited at the next contract.  Stay tuned. 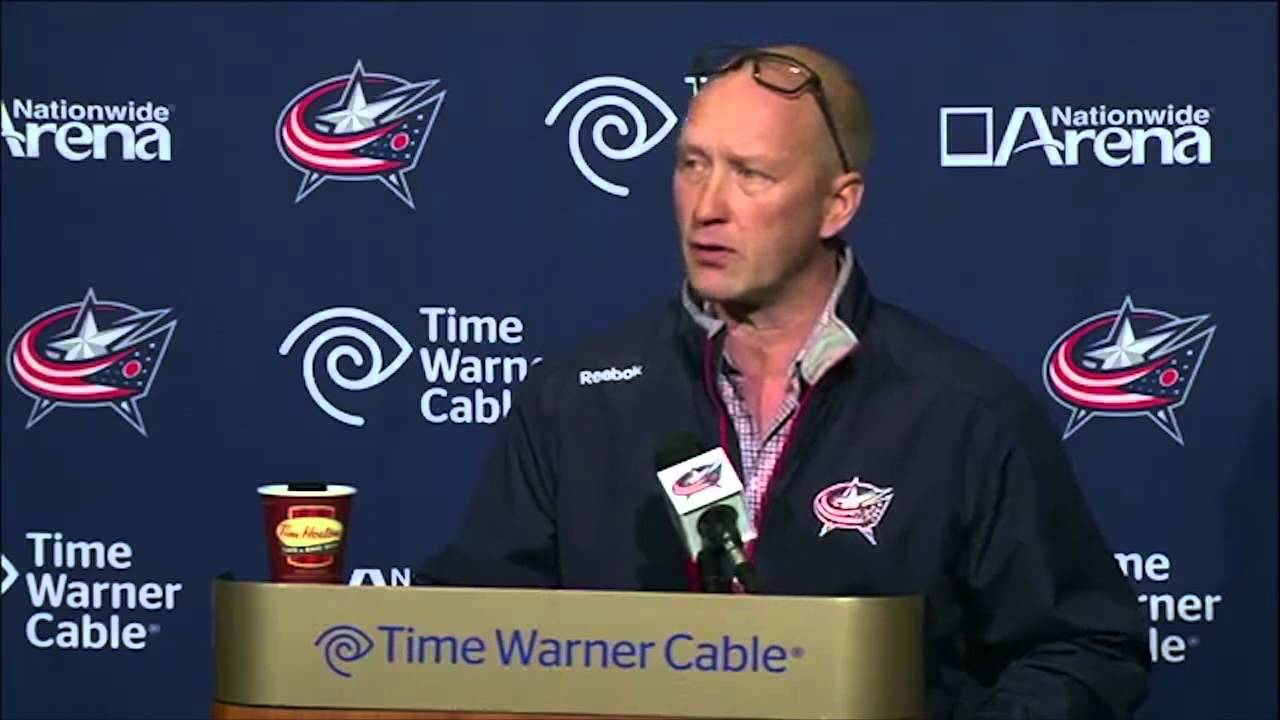 When you take a look back at what both sides were after, and compare that to the end result, you will see that both sides win in this deal.  The Blue Jackets wanted to make sure that Johansen wasn’t a fluke.  They felt like that their offer of $3 million per was reasonable, given that he had no leverage, and was coming off of his entry level deal.  The Johansen camp felt like that he was a number 1 center now, and should be paid accordingly.  Ultimately, after making some concessions, each side can walk away from this deal feeling good about it.  The Blue Jackets were able to get Johansen at $3 million per for the next 2 seasons.  That is one heck of a bargain if Johansen reaches his potential.  The Blue Jackets were also able to sign Johansen so that he would still be a restricted free agent after it expires.  Johansen got a 3rd year in the deal that will pay him $6 million.  This means his qualifying offer will be $6 million after his contract expires.  His contract (assuming it isn’t a one year arbitration deal) will be rich.  Each accomplished what they wanted to do.

Lesson 3: The Pressure Is Now On Johansen

Now that the contract is signed, it is now time for Ryan Johansen to step on the ice and perform.  Given the current state of the Blue Jackets, which include injuries to key players like Nathan Horton (out indefinitely), Boone Jenner (out around 5 weeks), and Ryan Murray (doubtful for season opener), Johansen will need to help carry the offensive load from the gate.  The way that Johansen comes out of the gate will go a long way in determining how the first month of the season goes.  October is not going to be very kind to the Blue Jackets.  They have home games against the Rangers and Stars.  Plus they have to play 3 games in 4 nights against the 3 California teams.  If the Blue Jackets want to consider staying a float for the first handful of games, Johansen needs to be at the top of his game.  If not, another slow start could be what awaits the Blue Jackets.

The above 3 lessons are what we know now.  This story will go on all season and all throughout his new contract.  When we look back at how the 2014-2015 season went for the Columbus Blue Jackets, the performance of Ryan Johansen will be a major reason why the Blue Jackets either made or missed the playoffs.  The stage is yours now Ryan.