In a recent article, THW reported on Team USA’s performance at the Ivan Hlinka Memorial tournament. In this edition, we will let you know about the other players who impressed from Group B.

Although Finland didn’t invite one of their top three prospects of the 2016 NHL Draft Class to the Ivan Hlinka Memorial, the Finnish team still featured a bunch of very interesting 2016 prospects which made an impression at the tournament. Next to the Finns, it was the Russian team which played a strong tournament and had some of the most dominant players of the Group B, which played their games in Bratislava, Slovakia.

Janne Kuokkanen is a forward with excellent understanding of the game. He was one of the best Finnish players at the tournament and was a constant offensive threat. He showed his very powerful pass in combination with his vision to set up plays. It seemed that he always knew what to do with the puck even before he had puck possession. Kuokkanen used his great puckhandling skills and agile skating to move smoothly into the offensive zone. He picked up the pace in the last games after a rather slow start to the tournament.

Kuokkanen played his first season with Karpat’s U20 team last year and scored 15 points in 35 games. He will need to bulk up as he is listed at only 179 lbs. In this year’s KHL Draft the Finn was selected 38th overall by AK Bars Kazan.

After being selected 19th overall by the Halifax Mooseheads in the CHL Import Draft this year, the 17-year-old Otto Somppi has decided to join the team for the upcoming season. “I am very excited. It is simply an incredible opportunity for me and should make my life better in many ways – on and off the ice. I am a bit nervous, but I can’t wait to get everything started”, Somppi said.

He possesses silk smooth hands and showed his tremendous puckhandling skills throughout the tournament. Although he isn’t overly big, he was hard to knock off the puck as he used his body very well to protect the puck. He showed a decent two-way game and played with poise,without panicking in tight space or when under pressure by aggressive forecheckers.

If you have to describe German Rubtsov with one word it would be intelligence. The Chekhov-native showed good Hockey IQ throughout the tournament and saw plenty of ice time in all situations, including penalty killing, where he cut lanes very effectively in the neutral zone to make it hard for the opponent’s powerplay unit to enter the attacking zone. He is the type of player you want to have on your team as a head coach, as he does a lot of small things for the team. His two-way game is strongly developed and he showed good strength along the boards.

Next season Rubtsov will play in the newly established Russian U18 national program. As of now I see him as a second round pick in next year’s draft. He still needs to gain some more strength and took too many penalties at the Ivan Hlinka.

The Russians travelled to Bratislava with a couple of very interesting defenders, including Alexander Yakovenko, one of the top prospects in the 2016 Draft according to Eliteprospects.com. Yakovenko was excellent on the powerplay, where he was the untouchable leader. He used his skating and mobility to move back and forth during the powerplay and used his shot successfully.

Defensively, he cut passing lanes and used an active stick to cut shooting angles. He needs to bulk up, as he is listed at only 5’10” and 157 lbs. He also needs to improve his skating balance when taking a hit.

You have to wonder: What is happening in Russia to goalie development? After Andrei Vasilevsky and Ilya Samsonov it looks like Vladislav Sukhachev will be the next highly touted Russian goalie prospect within a few years. Sukhachev shared the netminder position with Maxim Kalyayev but had an outstanding performance in the semi-final against Canada with 46 saves, where he held his team in the game several times.

If someone can show me a goalie in this draft class with a better glove hand, I'm all ears (or eyes). Sukhachev is on fire. #2016NHLDraft

Sukhachev made a very strong impression throughout the tournament. He showed great rebound control and was extremely good when he was screened,as he fought through traffic effectively.

Some other notables who also played a decent tournament and are worth to mention here: Markus Niemelainen (Finland), a big sized defender who plays a simple and effective game in his own zone and makes few mistakes. Nikita O. Popugayev (Russia), an undersized flashy forward who stickhandles well and shows a decent two-way game. Aapeli Rasanen (Finland) also played well, showed great vision and good awareness of the game as well as Russian defender Nikita Makeyev, who displayed a mature overall game and strong powerplay skills. 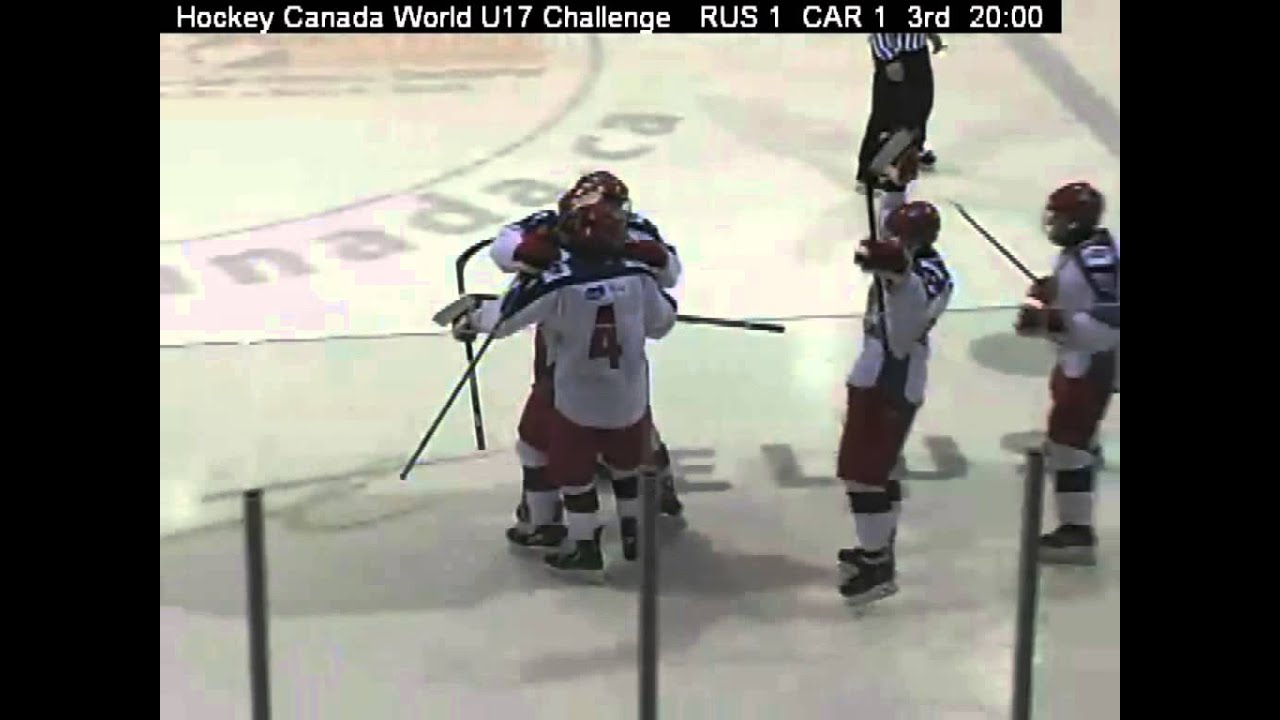