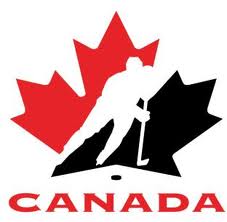 Thirty-six of the nation’s best teenage hockey players descended upon Calgary’s WinSport complex at Canada Olympic Park on Tuesday to kick off World Junior selection camp. By the end of the week, the Canadian entry to the 2013 World Junior Championship in Ufa, Russia will be chosen.

The week began with a busy Tuesday. In advance of the evening’s Red-and-White game, practices were held by the team’s coaching staff. Defender Xavier Ouellet tested out his lingering ankle injury and, following practice, opted out of the Red-and-White festivities to rest the injury.

The obvious highlight of the day was the Red-and-White game, which drew an estimated 4,500 fans to the Markin MacPhail Centre – with the proceeds benefiting the local food bank.

The first two periods were, to be blunt, a defensive duel. Neither team was able to put the puck home through 40 minutes, although Nathan MacKinnon of Team Red kept creating chances and Red unofficially won the scoring-chances duel by an almost 2-to-1 margin in the first two periods. Team White goaltender Jake Paterson was the MVP of the first half, making a couple really sharp stops at close range in the second period to keep things scoreless. Red’s Jordan Binnington was tested less often but was sharp.

The final frame saw all the offense erupt.

Team Red’s Philip Danault, a veteran of last year’s selection camp, lasered a shot glove-side on Malcolm Subban to give Red a 1-0 lead. The lead was short-lived, as White’s Hunter Shinkaruk (a Calgary native) crashed the net and banged home a rebound past Red goaltender Laurent Brossoit to tie things up at 1-1.

A few minutes later, Red blueliner Frank Corrado fire a puck past Subban and just inside the far post to give Red a lead once again. That scoring rush was started by a nifty little play by Red defenseman Tyler Wotherspoon, who protected the puck during a collision with White’s Boone Jenner and head-manned the puck into the Red zone.

Ryan Nugent-Hopkins added an empty-netter and Red skated away with the victory 3-1.

If anything the play of several players in the game complicated matters for selecting the national team. Arguably the most effective offensive threats were under-agers MacKinnon and Shinkaruk while the NHL bodies didn’t look appreciably better than the junior players. The theorized number-four goaltender Jake Paterson was arguably the best of the four – with theorized number-one goalie Malcolm Subban getting scored on twice.