The 150th overall pick of the 2011 Draft has evolved into something of a folk hero among the Canucks’ faithful as he’s been one of the biggest risers to come through the organization in recent memory. Corrado has shown flashes of brilliance in his last two years of professional hockey earning a cup of coffee on the Canucks’ NHL roster in both seasons.

The Canucks at this point are unsure of what they have in the 21-year old defenseman as Corrado has shown tantalizing hints of NHL talent yet has been unable to find consistency in his pro game. Corrado looks to be a finesse two-way defenseman who does everything well but doesn’t excel at any particular aspect of the game yet. Corrado’s game has been compared to Dan Hamhuis. He will likely begin the season as the number one defenseman for the Canucks AHL farm team in Utica.

Probably the most well known 4th round pick in recent memory. The kid brother of former Norris Trophy winner PK Subban and Boston Bruins’ goaltending prospect Malcolm Subban has already garnered a lot of attention from the hockey world. Following his brothers’ path through the Bellieve Bulls system of the Ontario Hockey League, the 19-year old Subban is a silky smooth offensive defenseman. Subban displays impressive puckhandling, skating and intelligence in the offensive zone.

The knock on Subban is his size and ability to play defense in a physical environment. At 5’9 175 pounds Subban has a lot of questions about whether he can be an effective defender at the NHL level and hold up to the rigors of the NHL game. Subban is probably the most intriguing offensive defenseman in the Canucks’ system and his Norris Trophy winning brother claims Jordan is better than him. Jordan Subban will likely be returned to his Juniors team in Bellieve at the end of training camp due to age restrictions.

McEneny was a 2012 free agent signing as an 18-year old out of Juniors. Generating a lot of buzz in the Ontario Hockey League, McEneny was considered by many who followed the league to be a steady riser until a torn ACL injury ended his playing his draft year two games into the regular season. The Canucks have made a conscious effort to improve scouting and sign talented young free agents to bolster the depth chart of the organization. McEneny is evidence of this as he’s displayed NHL potential but had a couple of unfortunate set backs.

McEneny is blessed with NHL size and the confidence to use it. The 20-year old McEneny also offers an intriguing offensive acumen to his game and a good first pass out of his own zone. Likely to be a project for the Canucks, the young defenseman seems to have all the tools to play pro hockey but the question will be can he translate his game to the NHL? McEneny will likely begin the year on the Canucks’ AHL farm team in Utica. 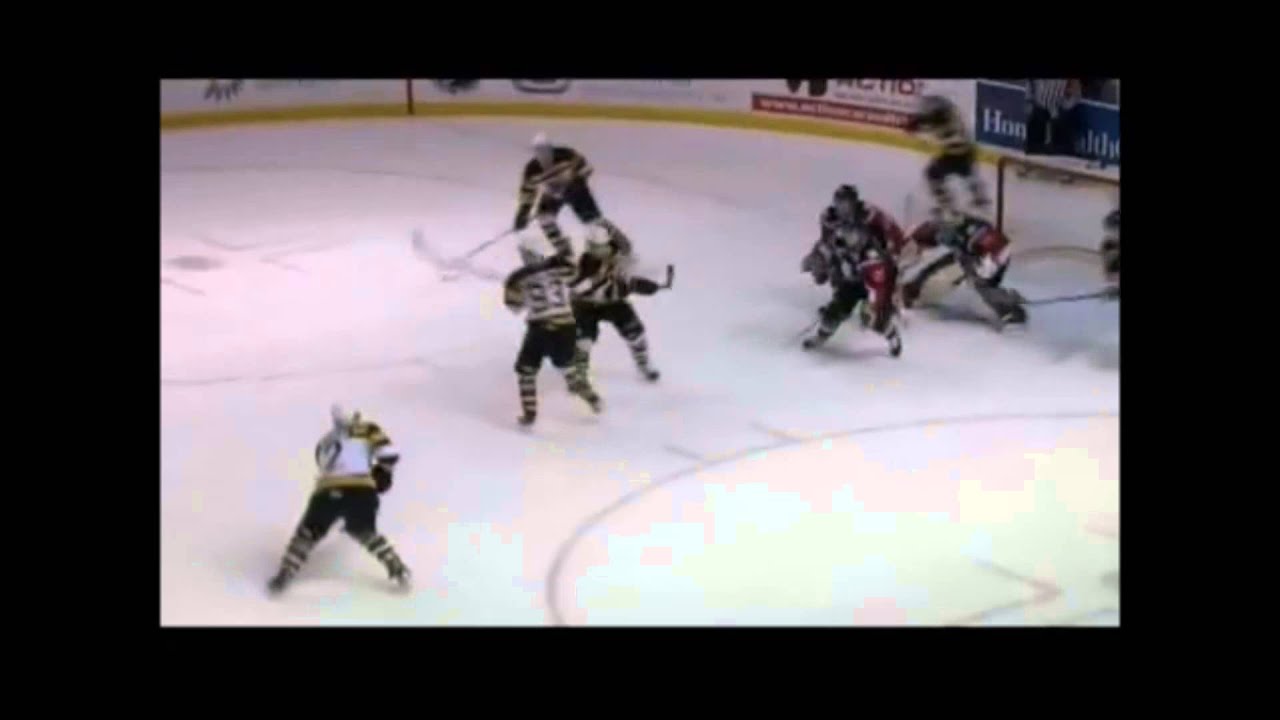 It has to be frustrating when your own team misspells your name on the roster. Jeremie Blain is probably one of the least known prospects to the Canucks’ faithful as he’s quietly worked his way up through the pro ranks winning a contract at each new level. Signed in 2013 by the Vancouver Canucks as a free agent, Blaine will likely find himself being a depth defenseman on the Canucks’ AHL team through the two years remaining on his contract.

Blain is another free agent defenseman who has a lot of promising tools boasting NHL size at 6’2 and the ability to play all three zones. Originally a 4th round draft pick in the 2010 draft for the Edmonton Oilers, Blaine is a 22-year old defenseman who’s shown flashes of being a promising offensive defenseman at the pro level. However it’s uncertain if his skills can translate to the NHL and his window of opportunity is beginning to close. Blain will likely begin the year with the Canucks’ AHL farm team in Utica. 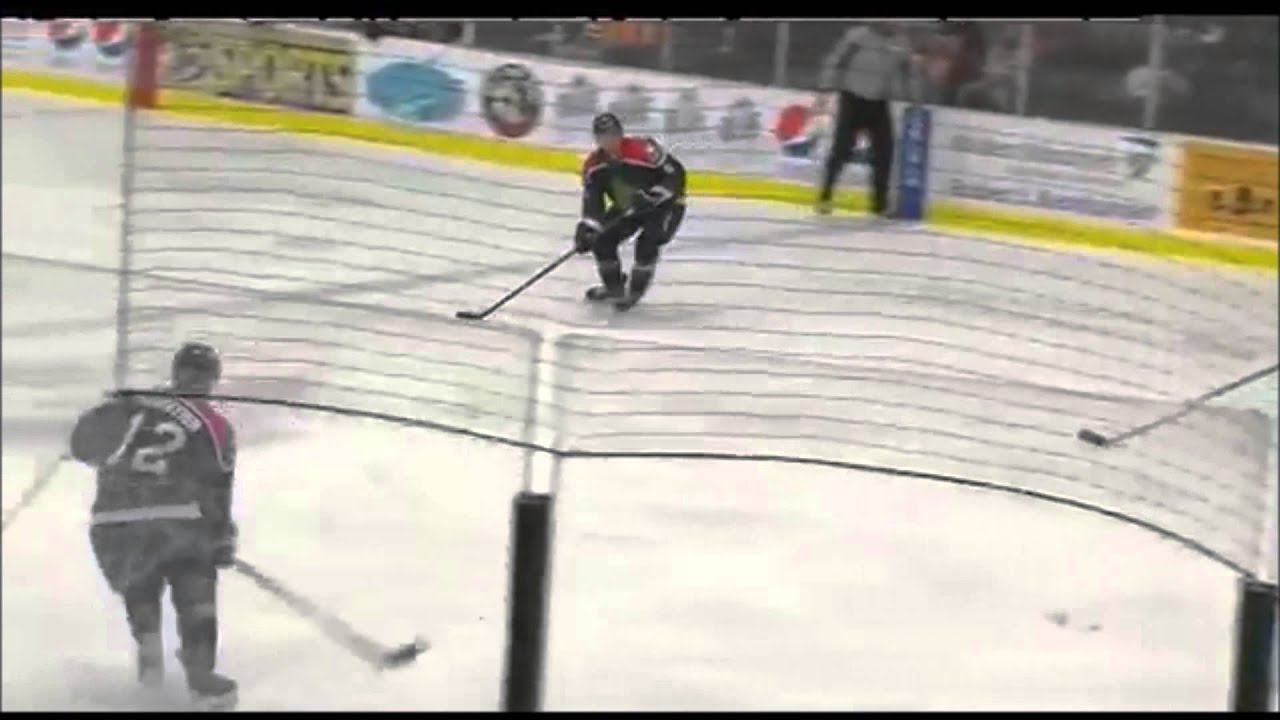 Possessing one of the most interesting stories of the Canucks prospects, the large defensive defenseman Mackenze Stewart was drafted in the 7th round of the 2014 draft by the Canucks. Considered by most to not have much of a chance at making the NHL. Stewart was born deaf and didn’t begin playing hockey until he was 12-years old.

Relegated to largely playing a bit role for the Prince Albert Raiders of the Western Hockey League so far in his Juniors career. Stewart is huge at 6’5 and is most known for his fists with ten fighting majors last year. Stewart will likely be returned to his Juniors team in Price Albert after training camp.

Drafted by the Canucks in the 7th round of the 2013 draft, Liberati is another of the lesser known Canucks’ prospects. Liberati possesses impressive skating ability but has struggled to find a regular role or ice time on a deep London Knights team of the Ontario Hockey League.

The 19-year old defenseman was traded from the London Knights to the North Bay Battalion in the OHL last year allowing the youngster a bigger role and more ice time. Having shown flashes of being a capable offensive defenseman, this season will be the make or break for Liberati on whether he will receive a pro contract from the Canucks. Liberati will likely begin the season with his Juniors team the North Bay Battalion of the OHL. 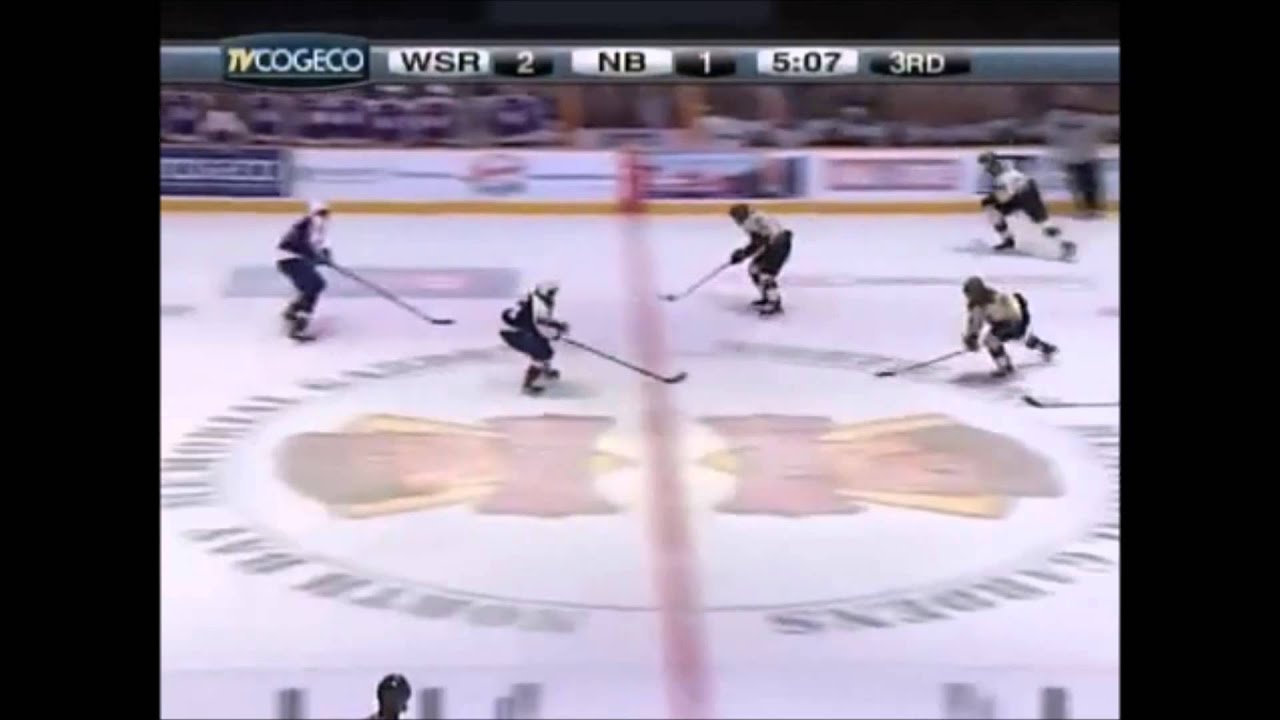 The big Swedish stay at home defenseman made the transition to North American hockey last year playing for the Portland Winterhawks of the Western Hockey League and was rewarded by the Canucks this off-season with a pro contract. The odds are against the 2013 5th round draft pick as he hasn’t displayed adequate offensive skills to look like a potential NHL player.

However Cederholm is one of the few defensive defensemen in the Canucks system and has displayed the ability to play an intriguing physical game. It seems odd that the 19-year odd received a contract from the Canucks this off-season as his potential looks to be that of a AHL depth player and he still has two years of Junior eligibility left. But this season will go a long way towards showing if Cederholm has any NHL potential. Cederholm will likely begin the season with his Juniors team the Portland Winterhawks of the WHL.

The younger brother of Montreal Canadians prospect Dalton Thrower. Josh Thrower is a defensive defenseman playing for the Tri-Cities Americans of the Western Hockey League. Impressed at the Canucks summer prospect camp and received an invite to the tournament. Thrower hasn’t found much consistency yet in the Western Hockey League but has made a name for himself with his fists notching eight fights last year.

The 22-year old defenseman is another hold over from the Canucks summer prospect camp. Having one of the more interesting careers of the Canucks’ tournament roster, Humphries bounced around the Western Hockey League through his Junior career before playing for Prague Lev of the Kontinential Hockey League in Russia last season. Humprhries will be looking to make a name for himself in this tournament to earn a pro contract in North America this year.

Lotz has quietly worked his way up through the Western Hockey League to become the Everett Silvertips’ starting goalie last season. The 19-year old has steadily improved each season and was one of the key components of a surprising turn around for his Juniors team. Lotz has received a lot of attention from NHL scouts but has lacked consistency and has had his mental toughness questioned.

Likely to be a fan favorite at this tournament as he’s a hometown player for the Kelowna Rockets of the Western Hockey League near where the tournament is being held. Whistle has had moments of brilliance and eye popping stats but hasn’t been able to secure a number one job in the Western Hockey League. The 19-year old has been credited with having tremendous focus but just hasn’t been able to establish himself. Will likely get that opportunity this season to be Kelowna’s number one goaltender and cement himself as top tier goaltender in the WHL.

Bubba Lackey enjoys writing about hockey. Bubba Lackey is a doctor of journalism and a master of the Anaconda Vice. You can read more of Bubba Lackey’s ramblings at http://www.bubbalackey.com