Defense, in sports as in government, is often a vague concept to the outsider looking in. The strategies and vital information, jealously kept by those in charge. Each administrations have their plans and goals for the Department of Defense. Each coaching staff have their defensive schemes. No peaking, get your own.

In a sport as fast as hockey, it is hard to get a fair assessment of how a defense is doing. Especially by just watching on television, the camera always follows the puck and a good defenseman does his best work away from it. So we rely on the end results, stats sheets after 60 minutes of play. The problem is those sheets don’t always tell the whole story.

Some of the highest paid players in the NHL are defenders and rightfully so. A first defense pairing is as important to a successful team as a number one goalie or a first line scorer. Spending long minutes on the ice that adds to nearly half the game while the rest stick to 20-or-so short bursts of 45 seconds shifts, their job is to make everyone else’s easier. Make it difficult for their opponents to go to the net and then move up to support their offense and keep the puck from leaving the offensive zone.

With the growth of advanced stats in the NHL, we can look beyond the big hit. Beyond the goal from the point, or the puck batted away from an empty net. We can get a fair assessment of a player’s performance and let the numbers help us see what our eyes are not looking at.

Another criteria is if the pairing is still active now.

E.G.: Hamilton/Chara and Karlsson/Methot didn’t make the list because injuries kept one of them away from the pairing and have yet to reach the 500 mark.

This isn’t about the pairing with the best Corsi, Although it should be taken into account, it isn’t a be-all end-all stat for reasons I’ve explained in this post. In fact, in this situation, the lower the Corsi, the better. If a lot of shots are attempted against the defense but still maintain a high GF%, then they are doing something right defensively. 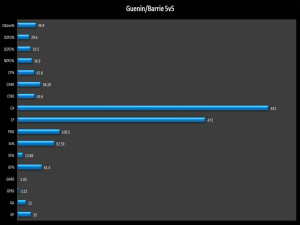 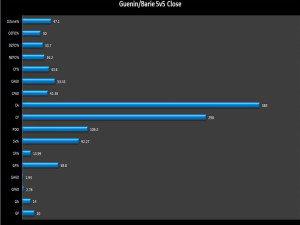 Despite Colorado having terrible goaltending woes this season, the pairing of Gunenin/Barrie has been a reliable defensive duo for Patrick Roy. Only four points behind the last wild card berth, they are part of the reason the Avs are still mathematically in the playoff race. At 5v5, they have faced 631 shot attempts while the Avs returned 472 shots but only let in 22 goals while the Avs scored 35. With a Corsi For of 42.8% and a Goals For of 61.4%, they’ve hold the fort for Colorado when things were tough and they are part of the reason the Avalanche are still alive in March. Not bad for Barrie who was a third round pick in 2009 and Guenin, a journeyman who played 32 NHL games with four different teams before finding his place in Colorado. 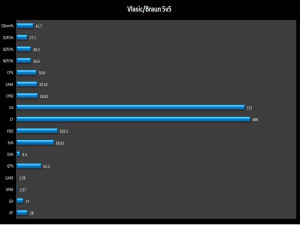 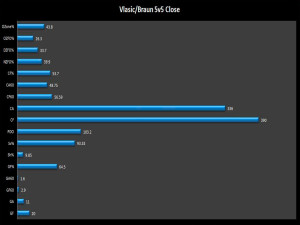 The Avalanche won’t make it to the playoffs if the Sharks have anything to say about it. A single point in the standings ahead of Colorado, San Jose is also fighting for that precious last berth. Amidst the chaotic relationship between the Sharks’ stars and GM Doug Wilson (that will now almost certainly send Joe Thornton away from the Bay area) Vlasic (nicknamed ”Pickles” for obvious reasons) has been a steady force on the blueline for San Jose since he broke into the league as a 19 year-old in 2006. Braun, a 7th round pick, has been a regular since the 2011-12 season but really found his niche last season.

The Sharks allowed 193 goals against, yet the pairing of Vlasic and Braun managed to keep their 5v5 Goals Against per 60 at 1.56. At 5v5, they have started 72.9% of their shift outside of their offensive zone, yet played 42.7% of their 667 minutes together in that zone. 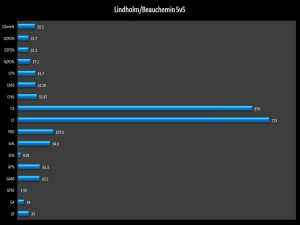 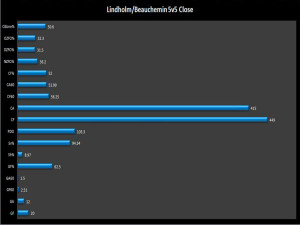 Beauchemin is the epitome of how much it sucks to play in Toronto. After a disastrous season for the Maple Leafs, Beauchemin went back to Anaheim where he is a pillar of their defense. The highest Goals For% of all 5 pairings, Lindholm and Beauchemin average only 1.47 Goals Against per 60 while having faced 676 shots attempts. Their 94.6 Sv% is also impressive for a team who had to rely on two young goalies and Cosmos expert Ilya Bryzgalov whose net sucks in pucks like a black hole. 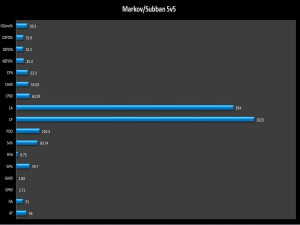 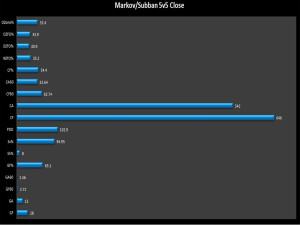 While Markov has quietly been the Habs’ power play quarterback for the last 15 seasons (except the two seasons he missed because of torn knee ligaments), P.K. Subban has made more splashes than your fat uncle cannonballing your above ground pool. Emerging in the playoffs in 2010, many thought Subban was a flash in the pan. Five years later, Subban inked a 8 year deal with the Habs worth $72 million and his part of the second best pairing in the NHL.

5v5 Close is where they shine. With 542 shots attempted against them they keep up a 1.46 Goals Against per 60. Montreal has won a lot of close games this season and Markov and Subban’s 65.1 Goals For% is part of the reason for the Habs’ success. 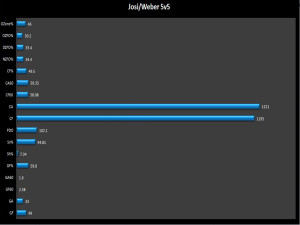 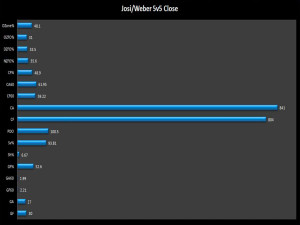 When Ryan Suter left Nashville to sign with the Minnesota Wild, many were worried that no one could step up and fill his role. Enter Roman Josi. At 22 years old, he not only filled Suter’s shoes but thrived and found instant chemistry with his All-Star partner, Sea Weber. As things are getting ugly in Nashville, the Josi/Weber is a constant that coach Pete Laviolette can count on every night and will need them to help the Predators through that tough stretch.

The least likely to get separated , Josi and Weber faced 1221 attempted shots and maintained an incredible 1.6 Goals Against per 60. They kept a 59.8 Goals For% while starting only 30.2% of their shifts in the offensive zone.