It is the beginning of August. The time that has become known for NHL clubs making low-risk, high-reward free agent signings. There are always a few players who slip through the cracks and go on to have a solid season.

Last August, upon receiving the news that Kimmo Timonen would miss much of the season due to blood clots, the Flyers signed Michael Del Zotto. Del Zotto had not received a qualifying offer from the Nashville Predators and did not have many options, despite being a skilled defenseman. He ended up being one of the Flyers better defensemen down the stretch and earned a two-year, $7.75 million contract.

Right now, there are a fair amount of quality free agents who are still unsigned. On defense, both Cody Franson and Christian Ehrhoff could provide a top-four presence on most NHL teams. At forward, good players like Mike Santorelli and Jiri Tlusty have yet to find a home.

However, one of the most underrated forwards available is Sean Bergenheim. Despite their current forward logjam (the Flyers have 30 forwards on NHL or AHL contracts), I believe that he could be a good fit for the Flyers in 2015-2016.

The Flyers now have about 13 forwards who project to play at the NHL level. That number does not include prospects like Scott Laughton and Nick Cousins, who will surely be trying to compete for a roster spot. It also does not include a few NHL/AHL tweeners like Colin McDonald and recently signed Chris Porter. At left wing, Bergenheim’s position, the depth chart looks something like this:

Players like Brayden Schenn, Vincent Lecavalier, Scott Laughton, and Sam Gagner could each be given a few reps at left wing during training camp and/or during the season. However, I believe that Sean  Bergenheim could slot into the third spot on that list. This would send RJ Umberger to the fourth line, or even potentially to the press box.

Bergenheim’s point totals are not flashy. He scored nine goals and earned 10 assists through 56 games. His goal total matched that of Umberger and was more than that of Vincent Lecavalier, despite playing fewer games than both.

The realm of advanced stats is where Bergenheim really sets himself apart. He would not be a top-six player by any means, but he does have the potential to fill in for a top-six player for a short period. Among the likely bottom-six players on the Flyers roster, here is how Bergenheim compares in a few notable categories. All stats come from war-on-ice.com.

First, take a look at Bergenheim’s 5v5 points per 60 minutes. He is right in the middle of the group. 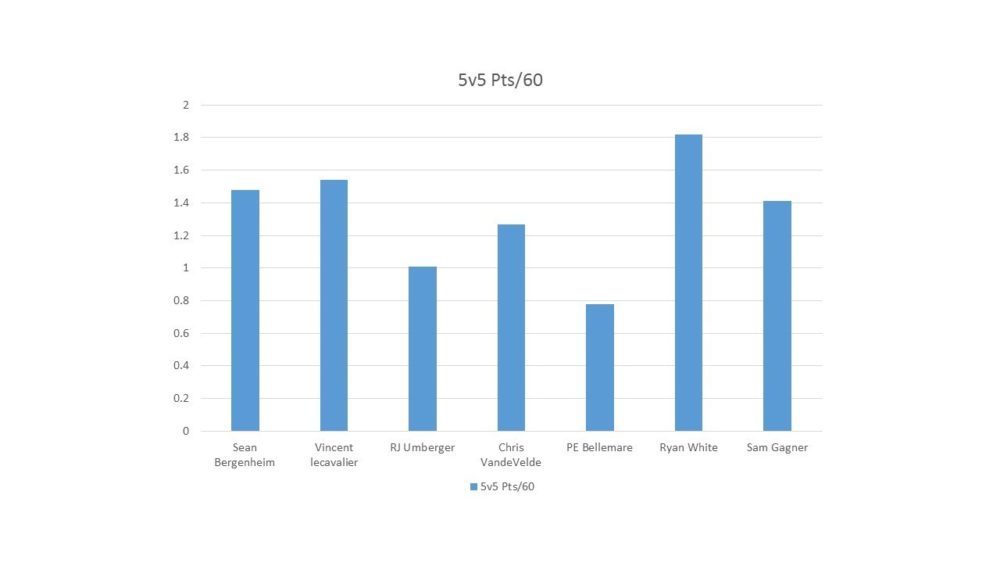 Second, I have listed his overall Corsi For percentage (5v5, Score Adjusted) compared to the other candidates. This time, he far outpaces them. 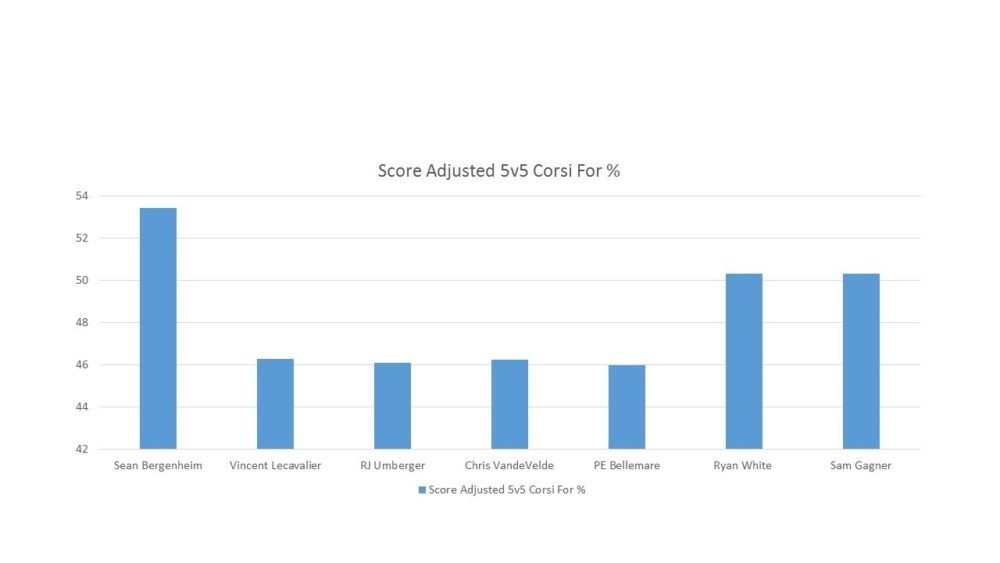 Finally, to provide a bit of context, I have shown each players Corsi Relative percentage (5v5, Score Adjusted). By this point it is clear, Bergenheim, White, and Gagner look better than the other four. 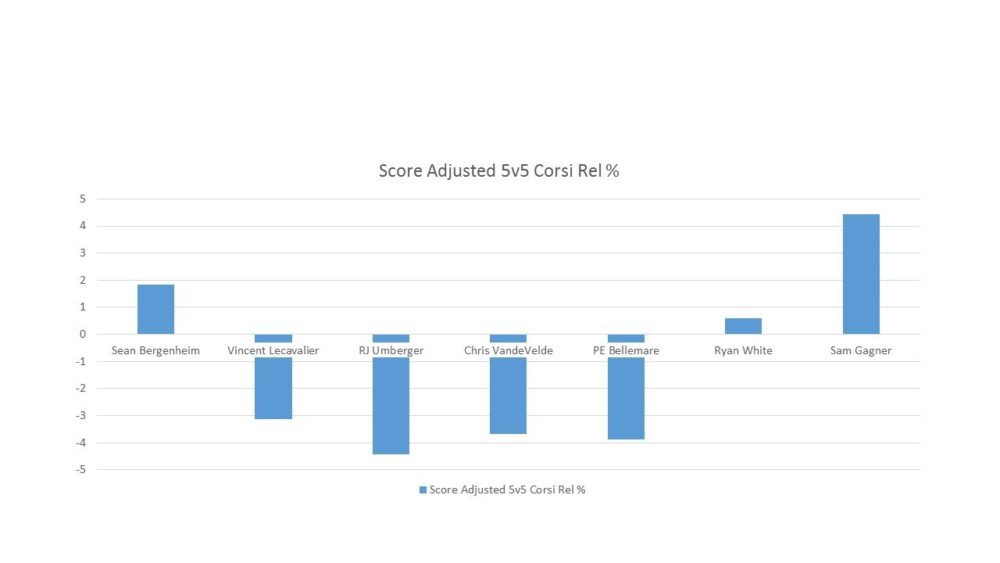 Ultimately, it is clear that despite his lack of serious scoring, Bergenheim drives play in the right direction. Among the players compared, only White and Bergenheim had a favorable dCorsi Impact last season. Although he would inevitably be a small piece to the Flyers puzzle, he would add a play driving ability that the Flyers bottom six sorely needs.

According to GeneralFanager.com, the Flyers have about $580,000 in cap space for next season. Bergenheim’s most recent contract paid him $2.75 million per season. However, since Bergenheim has lasted late into the summer unsigned, it stands to reason that he would be willing to take a pay cut. It is not unreasonable to believe that he would play for something in the $1.25-2 million range, depending on the term.

Due to the Flyers depth, they also have the ability to waive players like RJ Umberger and Chris Vandevelde. This could create up to $1.6 million in extra cap space, over $2 million overall. This would leave plenty of space to sign Bergenheim.

A more realistic option is to trade someone from the blue line. It is no secret that Ron Hextall is trying to move a defenseman. Assuming he finds a way to move any one of the six NHL defensemen who make more than $2.25 million, he would have plenty of room to sign Bergenheim.

When all is said and done, the Flyers have plenty of flexibility to get Bergenheim signed. For a player that will clearly make the team better, I do not think this should be a problem.

It is not too hard to imagine where Bergenheim may fit into the lineup. He seems to be the perfect player for a third line role.

Ultimately, Sean Bergenheim can make the Flyers a better team without a high cost in money or term. He would be out of the lineup by the time that prospects like Oskar Lindblom, Travis Konecny and Nicolas Aube-Kubel are ready to jump to the NHL, but he would provide a short-term boost.

When all is said and done, taking a flier on Bergenheim could be the kind of low-risk, high-reward move that brings the Flyers closer to a 2015-2016 playoff berth.