For now at least, Lars Eller’s time at center has come to a halt. The 13th overall pick was drafted as a center by St Louis in 2007 and continued to play the position when he was sent to Montreal in the Jaroslav Halak deal.  Eller has now been moved to the wing as a result of the (too) many Canadiens players capable of playing center, a problem that tons of teams wish they did. Training camp opened on Friday with Eller beginning on a line centered by Alex Galchenyuk and anchored by new addition Alex Semin. This line has the potential to make a large impact if they can click together, which they have early on, but of course we won’t look too much into that. Think about it like this, if you were looking at this line, would you think that Desharnais would be a better fit on that wing, or Eller? Eller holds much more defensive value to this line, well if Desharnais were inserted, the line would likely be strictly used in offensive situations as the defensive game would be sub-par at best. Therefore, I draw the conclusion that at this point in time, Eller is a much better fit at wing than Desharnais and this will likely help correlate success to the Canadiens.

I’m excited to play with two very, very skilled players,” Eller said. “I think we can form a really dangerous line. I think we’re going to have a lot of fun playing together.

Repercussions of Eller on the Wing?

Now, there are a few different perspectives regarding the repercussions of this move to the wing. We can look at the case for Eller on the wing and at center, but I’m likely going to draw the same conclusion on both circumstances. I’ve been watching a lot of Eller’s game tape lately, and something has caught my eye that’s been missing for the past little while. If you watch the way Eller carries the puck, he has tunnel vision. He sees the ice directly ahead of himself, in a straight line, which is why I’m going to refer to it as tunnel vision, where you only can see directly ahead and not what’s around you. This alone could be part of the reason why Eller may never fully reach that potential that a lot of Habs fans expect of him. Ultimately, a center needs to have vision and distribute the puck, and I have yet to see that aspect of Eller’s game consistently.

Eller on the wing of this new line centered by Galchenyuk definitely has perks because it allows for a player as defensively responsible as Eller to add value to a line where Galchenyuk is inheriting new responsibility.

Me and [Galchenyuk] have played together before. It’s really not a big difference. If I end up coming home [to the defensive zone] first, I’ll play down low and play as the center anyways. I might end up taking a few faceoffs as well. In the big scheme of things, I really don’t think it’s a big deal.

The Wing Isn’t New to Eller

Eller has had multiple stints on the wing in previous seasons, but he’s never had the experience of playing with skilled players for a long period of time, rather he has played a shutdown role on the wing in the bottom six. Now playing with two more offensively gifted players like Semin and Galchenyuk, Eller may still be relied on defensively, but this line will have more favorable zone starts in comparison to his most recent role as a shutdown third line center.

I’m going to try to play the same way if I play on the third line or the second line or first line, winger or center,” Eller said. “I’m not going to adjust my game based on what number of line I’m out there on or where I’m starting on the ice or whatever. I play the same way.

From what it looks like, the coaching staff isn’t asking him to change the way he plays the game, but to adapt to playing a more offensive role while still being the defensively responsible player that he is. Eller knows the type of player he is, and he’s going to continue to be that same player with more talented linemates. This should excite Canadiens fans, as they have been asking for Lars to play with offensive players forawhile now in order to see what kind of offensive numbers he is actually capable of producing.

I see myself as a big, strong skater who’s got skill and who can do everything. It’ll be fun to play with two really, really skilled players.

Well, I don’t expect a massive boost in Eller’s numbers, but it’s a safe bet that he will finally pot his first twenty goal season. 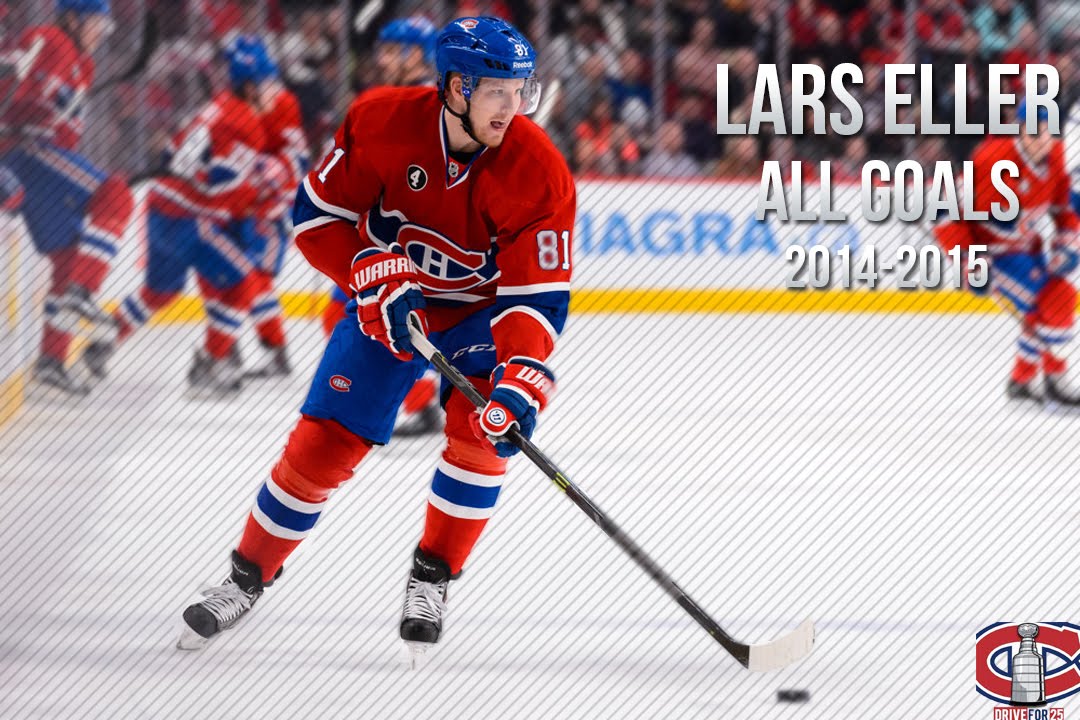