Leading the way for a very underrated Rouyn-Noranda team, Andrighetto has greatly improved his overall game since his arrival to North America before the 2011-12 season. The native of Zurich, Switzerland, has been dynamite so far for the Huskies, helping them to a 20-10-0-1 record for 41 points in 31 games, good for the fifth position in the QMJHL. In 28 games this year, Andrighetto has notched 30 goals and 30 assists for 50 points, to go with a +14 plus/minus rating and 29 penalty minutes.

Playing on a line with offensive pivot Jean-Sebastien Dea, who has 46 points in 31 games, Andrighetto has found good chemistry with the surprising Dea early into the season. The arrival of Nikita Kucherov, acquired from the Quebec Remparts will only help bolster Andrighetto’s offensive production. Kucherov, who has 12 points in 7 games since the transaction, is now playing with Andrighetto and Marcus Power on the team’s first line, with Dea joining the two Europeans on the first power play unit.

The 19 year-old winger, who is currently producing at a 1.78 point-per-game in the Q, is expected to be a big offensive contributor for Switzerland at the IIHF World U20 Championship in a few weeks in Ufa, Russia. The talented Swiss will be key to the Swiss team, along with defenseman Mirco Mueller of the Everett Silvertips.

An interesting fact about Andrighetto is that he turned down a six-digit contract offer from a professional team in Switzerland. Instead, he decided to play in the QMJHL to get more visibility and learn all aspects of North American hockey.

After being drafted 11th overall in the first round of the 2011 QMJHL draft, the speedy winger made his way to Rouyn-Noranda to make his dream to play in the NHL possible. During his rookie campaign, he scored 36 goals and added 38 assists for a respectable 74 points in 62 contests. However, his defensive game needed much polishing as shown by his dismal -23 plus/minus differential. 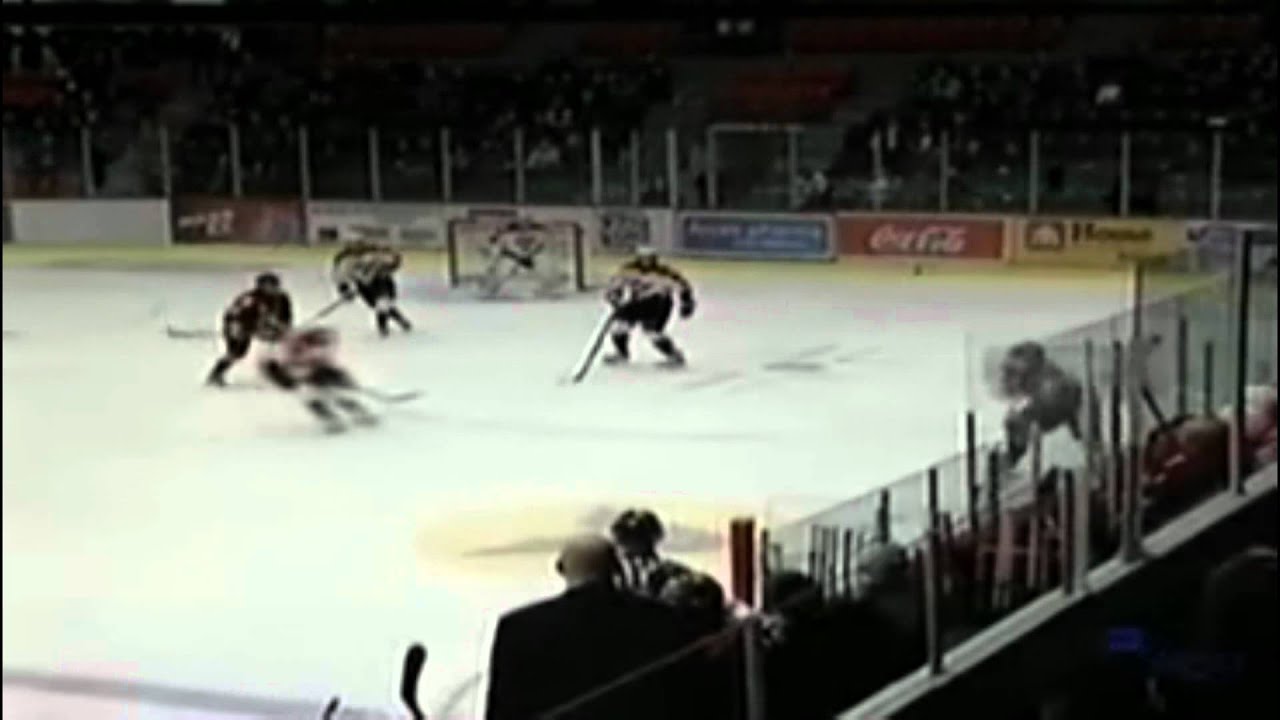 Andrighetto also needed to be in better physical shape: when he arrived in Rouyn in 2011, he weighted 192 lbs. He is now down to 175 lbs after training very hard, on and off the ice, to be faster on the ice and stronger with the puck. Ignored last June at the 2012 NHL Entry Draft, the skilled winger could very well be drafted in the second or third round in 2013, similar to overager Alexandre Mallet of the Rimouski Oceanic, who was drafted 57th overall by the Vancouver Canucks as a 20 year-old.

Andrighetto is boasting a very quick and accurate wrister to complement a devastating slapshot. Blessed with blazing speed and a very high hockey sense, the young Swiss gives his 100% every shift and is not afraid to drive the net and play in traffic. He will also occasionally drop the gloves when things get heated up or to defend a teammate as shown below.

A deft passer, Andrighetto makes quick decisions with and without the disk and is tough to knock off the puck thanks to a good lower-body strength and a very short stick that he uses very efficiently to keep posesssion of the puck. Not afraid to lay the body and finish his checks, he has improved his defensive play considerably over the past 12 months, now killing penalties on a regular basis for the Huskies.

The 19 year-old still needs to polish his game without the puck and improve his anticipation to prevent scoring opportunities in his own zone. He also needs work on his balance as he tends to lean too low while carrying the puck, which generates only average speed instead of allowing him to take off thanks to his quick feet.

If he is able to shine during the World Junior Championship and finish the season on a strong note with Rouyn-Noranda, Andrighetto will certainly garner enough attention from NHL scouts to be drafted in the 2013 NHL Entry Draft at Prudential Center in New Jersey. The shifty winger has already had contacts with some NHL teams and many believes he would have received a training camp invite if the NHL season had started in October as planned.

1 thought on “The Next Undrafted Gem? Sven Andrighetto”