The Pittsburgh Penguins have had issues in the playoffs and that lead to radical change last offseason. I personally believe that this change doomed the Penguins before the season ever started, but has their championship window closed?

Most fans are frustrated and simply do not know what to do. The Penguins’ games felt scripted this season, there was no fight from the team and once they fell behind, it was almost a guaranteed loss.

If you poll the fan base and ask if the Pens championship “window” is closed, the overwhelming majority of them would say it has. However, this is merely the attitude that exists in Pittsburgh.

There are major roadblocks to the Penguins winning again that are in place, but the window is far from closed. As long as Sidney Crosby, Evgeni Malkin and Marc-Andre Fleury are on the team, the window is wide open.

Now this isn’t to say that some of these players (Crosby and Malkin) aren’t part of the mentioned roadblocks, but that their talent keeps the Penguins competitive despite the poor circumstances.

The Penguins core members, which for all intensts and purposes includes Kris Letang, have a reputation of being “injury-prone” but the reality is that there is no such thing in sports. It all comes down to the luck of the player and their body’s strength.

Many Penguins fans will point and say that Crosby, Malkin and Letang have not been healthy enough to compete for the Stanley Cup. Here are the facts:

Sure those are just considering games played and during many of those the core played through injuries, but are injuries a viable excuse?

The old phrase “the whole is greater than the sum of its parts” is why the Penguins have not had postseason success. Yes, they have exceptional players on the roster, but they’re not surrounding them with a deep team.

The truth is that with their star players participating in over 70% of regular season contests, it makes sense they have continued their playoff streak.

Crosby, Malkin and Letang in over half of the possible amount of games is good enough to get a team into the playoffs, and that’s where Pittsburgh has been in stuck.

They’re consistently good enough to make the playoffs, but not any further. The blame falls on the Penguins management, past and present. Ray Shero never found the right players to compliment his core and Jim Rutherford has not done any better.

There is no other way to say it, Pittsburgh’s management has not found the “right” players and the blame falls on the general manager. Now this isn’t to say that Crosby, Malkin, Fleury and Letang are free from criticism because they all earn big paychecks and have not lived up to expectations quite frequently.

The window is wide open

It all goes back to the whole is greater than the sum of its parts, they cannot solely be held accountable.

If the Penguins expect to win a Stanley Cup off the backs’ of those four alone, it will not happen. 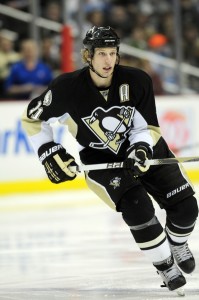 The Penguins Stanley Cup window remains wide open as long as their core players remain on the roster, but there are obstacles to overcome. One of them is now the general manager of the Pittsburgh Penguins and he might prevent the team from winning again.

It all stems from the team that is built by management and they have not done a good job. The Penguins have a tendency to get caught up with big name players and focus on trying to get the best players, when they should be focusing on getting the right players.

Later i’ll be discussing in more depth players that the Penguins need to acquire if they want to contend again, but for now take a look at Ryan Wilson is doing over at Hockey Buzz.

The Penguins still have a chance to turn around the franchise, but it starts with putting the right team together and not necessarily the “best” team.