Please “Click Here” for “Notes Up Front” and the “Legend” for various topics covered below in my “Live Updated” NHL 2010 Draft Preview article. (2011 specific article will be released as draft draws near.) 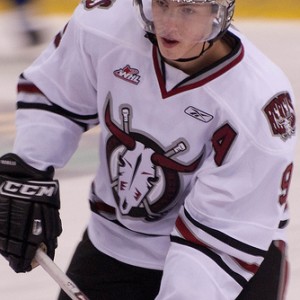 The premiere playmaking forward in the draft passes the puck like the Green Bay Packers Aaron Rodgers throws the pigskin – almost pure perfection.

RNH possesses a tantalizing combination – tremendous offensive skill-set, defensive awareness and great character. A speedy skater and an accurate shot to go with, “Hoppy” will earn the majority of his future NHL paycheck with his outstanding vision, exceptional playmaking ability and slick puck-handling skills.

Nugent-Hopkins reminds many of Matt Duchene for several reasons. The pure hockey ability comparison is certainly valid. RNH is of slighter build than Duchene was in his draft year though. One could also compare RNH the hockey player to the likes of Joe Sakic and Pavel Datsyuk, should he reach his immense potential.

On a level which is simply speculation on my part, RNH could potentially resemble Duchene if the following scenario comes to fruition. In 2009, I toyed with the idea of having Duchene #1 in my NHL 2009 Draft Rankings. In the end, I ranked the top 3 as they would end up being drafted – John Tavares, Victor Hedman, followed by Matt Duchene. Although we’re less than two years removed from the 2009 draft, all three are making their presence known in the NHL. If that draft was redone now – many a GM and scout would jump at the chance to draft Duchene first overall.

I could see the same thing playing out this draft year. While Ryan could certainly be drafted first overall, there are several players who have a reasonable chance of getting drafted ahead of RNH – Adam Larsson, Sean Couturier or Gabriel Landeskog. OHL blueliners Ryan Murphy and Dougie Hamilton may also garner some consideration, with Ryan Strome and Jonathon Hurbedeau the draft day dark horses (in terms of challenging for a top three selection).

Within two years after this year’s draft, GMs and scouts alike may be left scratching their heads if they are the ones who potentially decide to pass over Nugent-Hopkins.

Top Prospects Game: Hopkins excelled in this game featuring the top prospects playing in the CHL. For his two assist and impressive performance, he took home Player of the Game honours.

“He’s got great skill and a knack for offense,” McGuire said. “He scored the first goal of the whole competition at (RDO camp) with a great shot and his Red Deer Rebels will be blessed with his skill set all year.”

“He dominated the game at Red Deer and you can just see the talent coming right off the stick when he’s on the ice,” Edwards said. “Even in the (RDO camp), he made a few plays, made a move on a defenseman and fed the puck through another guy to set up a great scoring chance. He sees the ice very well, has excellent puck-handling and playmaking ability and skates very well.” (NHL.com)

“I think in most ways he’s ready (for the NHL),” said Red Deer Rebels head coach Jesse Wallin. “His talent level is certainly there and his character and maturity. I think the big thing that’s going to allow him to play at that level and exceed at that level is when he’s ready strength-wise. Could he play there next year? I’m sure he probably could. Is it going to be the right thing for him next year and long term? I think that’s what the team that takes him is going to have to determine and they probably won’t know that until September. Biggest factor for me, is he physically ready to play against men?”(The Province)

Number one dynamic offensive centreman who is responsible defensively 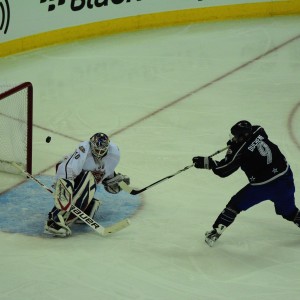