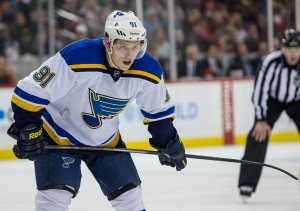 As each NHL offseason unfolds, the topic of top available free agents is always discussed ad nauseam. This year, however, the unrestricted free agent class isn’t particularly deep, which could lead to the restricted free agency market being given a serious look by General Managers throughout the league.

The available talent among the large crop of RFAs is anything but weak. The available players include top six forwards, number one goaltenders and potentially elite defensemen. It’s a class that will see nearly all of the best ones receive qualifying offers from their current teams, but that doesn’t mean they can’t try and get a major deal elsewhere.

Free agents that are designated as “restricted” have the same ability to negotiate with other teams, but, even after they sign an offer sheet, their current club has the chance to match the offer. Should an offer sheet not be matched, the player’s former team would receive compensation determined by the new salary. The compensation ranges anywhere from a third-round pick to four first-round selections. Of course, an RFA’s rights can always be traded if a team feels they can get more than what the compensation would potentially bring in.

With that being said, here’s a look at the top RFAs that could be available this summer. 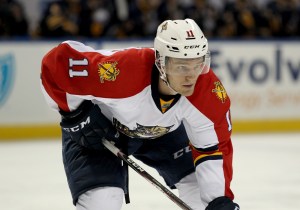 Huberdeau may be one of the more unknown RFAs in this class to the casual hockey fan due to playing with the Florida Panthers. However, don’t let that get in the way of the fact that this kid is a potential star in the making. He went through a pretty big sophomore slump during the 2013-14 season, but he rebounded in a big way this season, posting a career high in goals (15), assists (39), points (54) and plus/minus (10).

Huberdeau won’t command too high of a salary, but that doesn’t mean he couldn’t be had by another team. Dale Tallon, Panthers GM, isn’t one to ever shy away from a deal should the right offer come in, nor will match any and all offers just to keep him around.

The third-overall pick in 2012, Galchenyuk really came into his own this past season when he scored 20 goals and 26 assists, both career highs, for the Montreal Canadiens. That type of production from 21-year old players doesn’t just grow on trees, which makes it more than likely that Marc Bergevin would match any offer made for the young forward.

I’d expect the team to try and lock him up long-term this summer, but with Bergevin’s recent comments about Galchenyuk’s position with the team, things could get tricky. Should Galchenyuk view himself more as a center in the league than a winger, he could look to try and force his way out of Montreal with an offer sheet that is set up for the Habs to not have the ability to match. 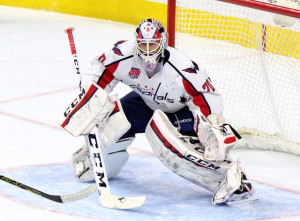 After fighting for years to prove he was capable of being a number one goaltender in the league, Holtby put up one of most impressive seasons in Washington Capitals history. Going 41-20-10 in 71 games, Holtby posted a 2.22 goals against average and a .923 save percentage.

Holtby has made it known that he wants to remain with Washington, which makes it unlikely that any team will attempt to negotiate with him. That being said, should the Capitals decide that he isn’t the man of the future, he could very well garner a lot of attention from a number of other teams in the league.

Though the St. Louis Blues were eliminated in the first round of the playoffs, Tarasenko was one of the only reasons they had a chance in their series against Minnesota. The 23-year old had six goals in six games for the Blues in the playoffs after producing 73 points in 77 games during the regular season.

GM Doug Armstrong stated during St. Louis’ year-end press conference that Tarasenko was the number one priority for the team in the offseason.  It’s unlikely that any other team would negotiate with him, let alone sign him to an expensive offer sheet, making him one of the league’s more untouchable free agents. Still, crazier things have happened in the NHL.

Brandon Saad is expected to get a nice raise this summer. (Dennis Wierzbicki-USA TODAY Sports)

The top RFA has to be Chicago’s Brandon Saad. He continued his year-over-year improvement with the Blackhawks this season, tallying career highs in goals (23), assists (29) and points (52). And despite the belief that he wants to stay in Chicago, Saad’s rising value could price him out of the Blackhawks range.

The team has the contracts of Patrick Kane and Jonathan Toews kicking in next season while also still having Patrick Sharp, Duncan Keith, Corey Crawford and Marian Hossa on the books. The other big name, Brent Seabrook, is slated to become an unrestricted free agent after next season. All of the aforementioned players have cap hits of more than $5 million, putting the Hawks in a bind when it comes to cap space.

A team will likely sign Saad to a pretty expensive offer sheet, and risk losing a number of draft picks. It’s then up to Chicago whether or not to accept the picks, or put the team into an even bigger salary situation.