This may not be a bad time to put wins together. To make the hour more important, the Arizona Coyotes are now in a streak against Pacific Division rivals.

Put that in the past tense. A recent string of accumulating points (five standings points) in their past three games came to screeching halt Thursday night.

Unable to hold two leads and ending up with a frustrating 4-3 loss to the visiting Los Angeles Kings before 11,327 in Gila River Arena, the Coyotes did little, according to coach Dave Tippett, to give themselves a reasonable chance to win. 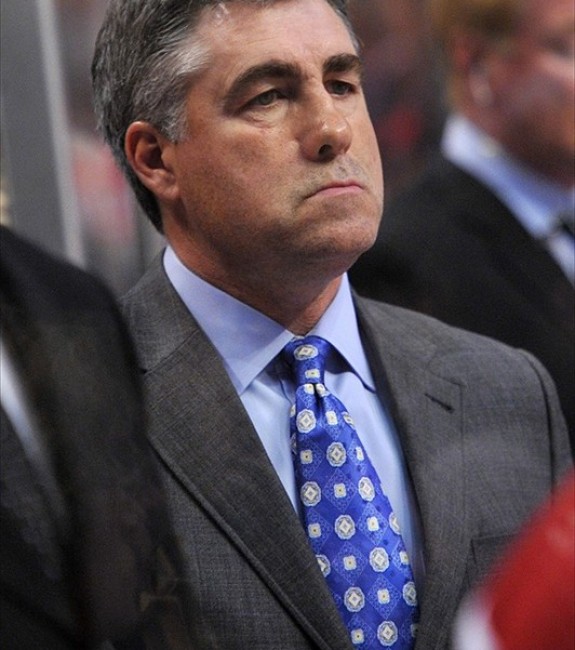 That reality becomes increasingly exasperating because here is a team even with the Avs for the worst record in the NHL, and that continues to find ways to lose.

Good teams usually find ways to win, but the Coyotes, despite improved speed and energy, seem to slip in the opposite direction.

“We need to get the puck down deep and forecheck,” Tobias Rieder told The Hockey Writers. “That’s what I mean by puck management. We need to hold the puck better and make smarter decisions.”

The areas of concern are telling.

Perhaps the biggest apprehension at the moment is the plethora of turnovers. At the same time, the defense around the slot is not strong and as a result, goalie Mike Smith remains vulnerable. That could be the principal reason why the Coyotes give up so many shots on net.

Coming into the L.A. game, the Coyotes allowed an average of 34.1 shots per game, and that’s the most of any team in the NHL. The fact the shot total is tilted in favor of the opposition means Smith simply has to elevate his play.

The need to cut down on shots on goal is glaring. Through the opening 17 minutes of this one, the Kings outshot the Coyotes 14-3. and the game ended with the Kings holding a slim 33-32 margin in shots on net.

Then there’s the issue of playing with a lead.

After Martin Hanzal scored on a power play just 15 seconds into this one, the Coyotes managed to relinquish leads of 1-0 and 2-1. Then, at 2-2 midway through the final period, the Kings’ Jordan Nolan’s centering pass hit Smith in the pads and deflected into the Arizona net for a 3-2 L.A. lead. Rieder came back 19 seconds to drive in the tying goal, but a turnover and undisciplined play led to the game winner.

That’s when Max Domi’s pass was intercepted by Anze Kopitar, who fed Marian Gaborik in the slot. Smith kicked his shot up the middle and Trevor Lewis, crashing the slot, jammed in his third of the season for the win at 15:55 of the final period.

With frustration mounting, Tippett seems to be losing his patience. With hands buried deep in his pockets and answers short and direct after the game, Tippett seems to carry the burden of this losing season directly on his shoulders.

“We turned the puck over way too many times,” he said. “When you do that as frequently as we did, it’ll come back to bite you. That’s exactly what happened. We brought so much trouble upon ourselves that it’s really frustrating. We just have to get people to execute and make plays.”

The Coyotes next have an opportunity to get it right on Saturday night. That’s when they close the current two-game homestand in a game with the much-improved Columbus Blue Jackets.