The Winnipeg Jets came up short of making the playoffs in 2013-14 for the third consecutive season since moving from Atlanta. There is still a sense of optimism however, as the Jets are a young team with a strong prospect pool. A number of these prospects are in the midst of playoff runs with their junior squads or the AHL’s St. John’s IceCaps.

Nic Petan may be small in stature, but he stands out on the ice. He has great speed, a quick release, good defensive awareness and most importantly, elite vision and playmaking skills.

The 5’9″, 165-pound forward is in his third season with the WHL’s Portland Winterhawks. The team won 6-5 over the Edmonton Oil Kings on Sunday to force a seventh and deciding game in the WHL’s Championship Series. Petan recorded an assists in the game and now has seven goals and 20 assists for 27 points in 20 playoff games.

Petan was drafted in the second round, 43rd overall by the Jets in the 2013 NHL draft. Just 19 years old, it’s unlikely he will make the jump to Winnipeg next season. However, he should be a top-six forward in St. John’s next year.

Congrats to #NHLJets prospect Josh Morrissey (@Morrissey_10) on his first professional goal tonight in the 2-1 win over Norfolk!

Josh Morrissey helped the St John’s IceCaps to a 5-3 victory over the Norfolk Admirals in Game 3 of the Eastern Conference semi-finals. The 19-year-old defenseman scored his second goal of the playoffs. He now sits fourth on the team with two goals and two assists for four points in seven games.

Morrissey is a 6’0″, 186-pound blueliner from Calgary, Alberta. Selected 13th overall in the 2013 NHL draft, he has the potential to be a top four defensemen in the NHL. He has good defensive awareness and great vision and creativity in the offensive zone. However, Morrissey must continue to work on the physical side of the game and his skating before he’s ready to make an impact in Winnipeg. 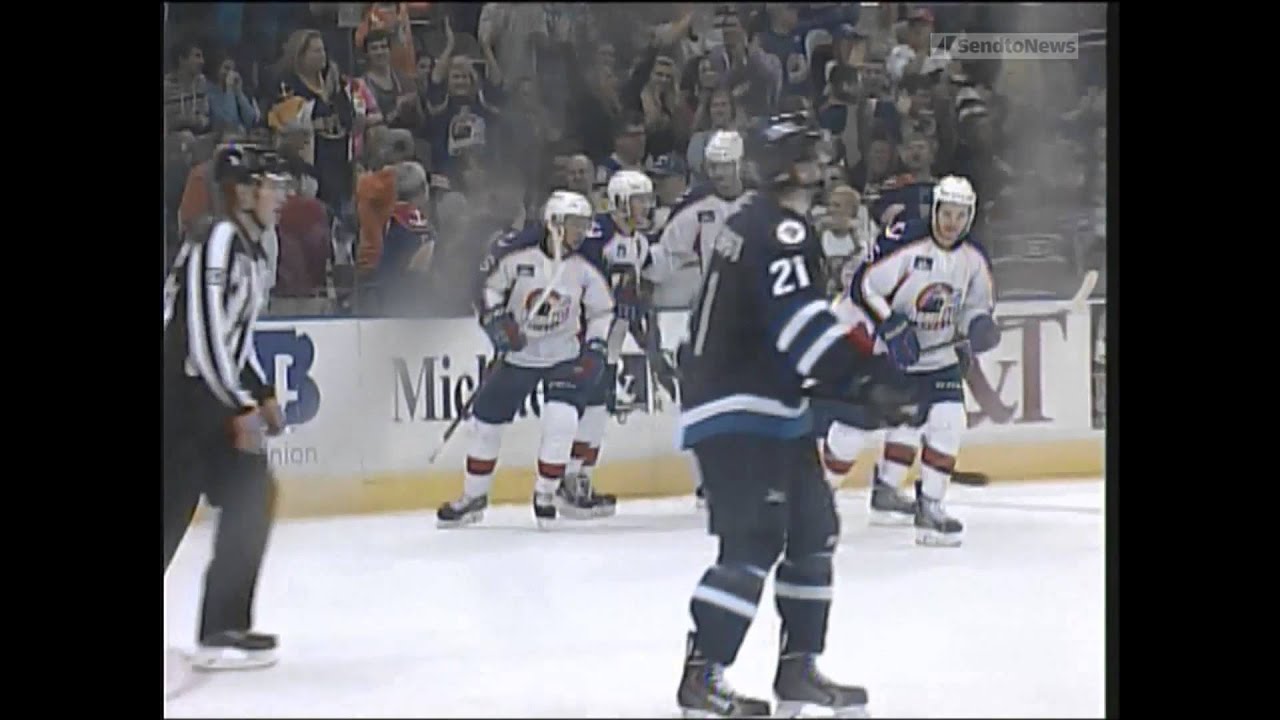 Goaltender Eric Comrie just finished his third full season with the Tri-City Americans and has e improved considerably from year-to-year. The 18-year-old Edmonton native went 25-26-9 with a 2.57 goals-against average, .925 save percentage and four shutouts.

Drafted 59th overall by the Jets in 2013, Comrie has great lateral movement and a quick glove hand. He must continue to work on his rebound control, but the 6’1″, 167-pound netminder should earn some starts in the AHL next season.

Although he’s lacking significant playoff experience, Comrie was a member of the Canadian team that took gold at the 2012 Ivan Hlinka Memorial Tournament. Also of note, Comrie is the half brother of former NHLers Mike and Paul Comrie.

At age 23, Eric O’Dell is a few years older than the other players on the list, but he’s still fairly new to the Jets, having just made his NHL debut in the 2013-14 season.

O’Dell appeared in 30 games, recording three goals and four assists for seven points. He averaged nearly 10 minutes per game in ice time, recorded a minus-seven rating, 31 hits and won exactly 50 percent of his faceoffs.  He has the potential to be an asset as a third line centre, with his excellent hockey sense, strong shot and faceoff abilities. He must continue to work on his skating and if he’s going to have more of an impact on offense.

O’Dell is currently playing for the IceCaps as they hunt for the Calder Cup. He’s notched two goals and 15 shots in seven playoff games.

1 thought on “Updates on the Winnipeg Jets’ Key Prospects”