With the Washington Capitals’ training camp and preseason just less than a month away, it is time to break down their potential opening night lineup. Guys like Alex Ovechkin and Nicklas Backstrom have their first-line spots locked down, but the rest of the lineup could be shifted around at any given moment. The additions of T.J. Oshie and Justin Williams, plus the emergence of youngsters Evgeny Kuznetsov and Andre Burakovsky, make it tough to find a definite place for them right out of the gates. They will more than likely be juggled around at some point during the season, but here is a glance at a possible lineup on October 10th:

Obviously this lineup isn’t set in stone and much can change over the next couple of weeks, but this may be their most optimal lineup they can put out on the ice. The forward lines are quite different from last year – no more Troy Brouwer, Joel Ward, Eric Fehr, or Curtis Glencross. Defensively though, they bring back their core minus Mike Green. And lastly, “Holtbeast” will remain in net for the Caps. Zero competition there.

The Capitals are much improved amongst their forwards coming into this season. Going into last season, the Caps lacked secondary scoring and a second-line center. Those shouldn’t be issues anymore. One of those guys who can take over that 2C role is Kuznetsov. The Russian-winger-converted-center really showed his potential this past postseason and excited many with his play-making abilities and patience.

Outside of Kuznetsov, Burakovsky showed glimpses of brilliance. He reminded many of a young  Backstrom with his hands and vision. Unfortunately, he was in Barry Trotz’s “doghouse” most of last season (to the bewilderment of many). He was often a healthy scratch or only getting 6-10 minutes a night. But when given an opportunity on the first or second lines, he looked like he could emerge as a superstar one day. Hopefully Trotz gains more trust in the 20-year-old winger and gives him a chance as a top-six forward.

When the Capitals signed Williams, I was initially worried he was Brian McLellan’s answer to their 1st line right wing issue. He wouldn’t have been. While Williams has been immortal in the postseason throughout his career, he has never been an All-Star, has only had two seasons in his career with 60+ points (last occurrence was back in 2005-06), and will be 34 years old come this fall. He might get a stint or two here and there with Ovechkin and Backstrom, but I don’t think it would work for long. Don’t get me wrong – I love the guy, just not on the 1st line.

But before anyone could consider these options, the Capitals acquired Oshie the following day. That ended all discussion on who was going to play on the 1st line. Oshie, hypothetically, will be a great fit along with Backstrom and Ovechkin. He is a happy in-between their two skill sets. He brings the finesse and play-making abilities Backstrom has to offer, while he offers the grit and hard-hitting style of play Ovechkin brings. In a perfect world, these three will all hover around a point-per-game throughout the year. 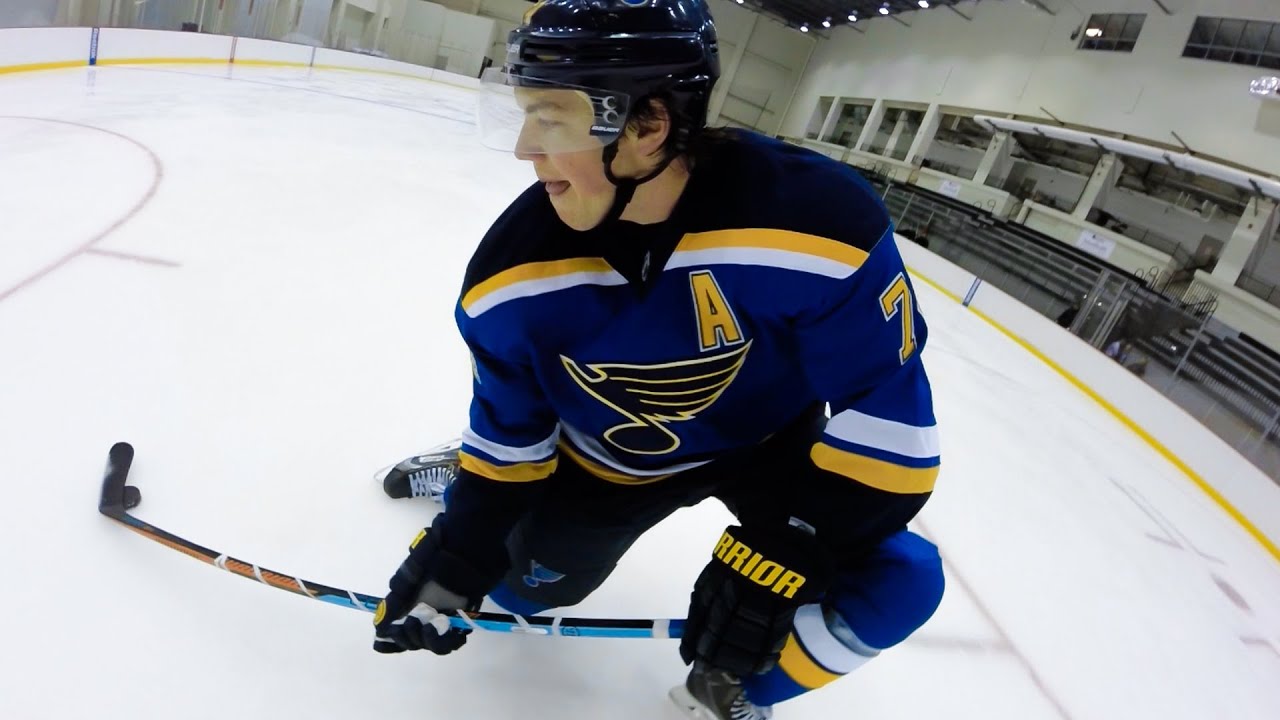 Lasty, the bottom six. McClellan has already said Wilson is done playing garbage minutes. That is good to hear, because they have been wasting the former 1st round pick’s potential, turning him into a grinder on the 4th line. Adam Oates didn’t play him much, and neither did Trotz last season. Once this past season was over, it looked like Wilson was going to get a chance at a top-six forward position. But the Oshie trade and Williams signing really shuts those chances down. He will have to perform with Marcus Johansson and Brooks Laich on the third line to show he was worth that pick. That third line could be very interesting though. Johansson is definitely a skilled forward, and if Laich can somehow return to a 30+ point producer (big if), that group could make some noise.

Coming into this season, the top-four remains intact from 2014-15. Matt Orpik with John Carlson and Matt Niskanen with Karl Alzner. Both pairings had their shares of ups and downs last season, but were an overall success. Advanced statistics say Carlson is much better without Brooks Orpik (like a lot better without him), but that is a discussion for a different day. Trotz, more than likely, will keep those two together – as well as Niskanen and Alzer. With that being said, Orpik wasn’t as awful as everyone thought he would be (even though is contract is still hideous), Carlson and Alzner put together career years, and Niskanen held down the fort both offensively and defensively. That is exactly what the Capitals were looking for after shuffling in defenseman after defenseman during the 2013-14 season.

After those four, it is a complete toss-up for the 5th and 6th defenseman. Sure, Dmitry Orlov and Nate Schmidt are the front-runners coming into the season, but that could change in a heartbeat. Orlov missed all of last season due to a prolonged wrist injury and Nate Schmidt jumped up and down between the AHL. Schmidt did impress many last season in limited time, and I think he has a very legitimate chance to lock down one of those spots. Orlov has shown a ton of potential in recent seasons, but no one knows what he will look like coming into training camp. After those two, the Caps signed Taylor Chorney and Ryan Stanton this past offseason and will also have top prospect Madison Bowey making a push. Personally, I’d love to see Bowey thrown into the mix, but it might be best he gains ice time and experience in Hershey.

In Washington, it is basically “The One and Only Goaltender” AKA Braden Holtby. I will make this short and sweet. There is no debate, no discussion, no more arguments – Holtby is an elite goaltender. Period. He just signed a 5-year, $31 million extension with the team back in July and it’s a great deal for both sides. The Caps get an elite goaltender at a reasonable price, and Holtby cashed in at the perfect time. He has a career 101-51 record with 20 shutouts and a .921 save percentage. He leads all active goaltenders in postseason save percentage (.936). He had a .944 save percentage for the Caps last postseason in 13 games and wow’ed many for the first time in the public eye. Signed, sealed, and delivered. This guy is the man.

Behind him – who knows. Justin Peters was disastrous in limited time. I’m not sure he stays in the NHL this season. Insert Philipp Grubauer, who Caps’ fans had a small (and yummy) taste of during the 2013-14 season. He had strong numbers in Hershey last season (27-17-5, 2.30 GAA, .921 SV%) and has a great chance to back up Holtby this season.

Okay Caps fans – what are your thoughts? Suggestions? How would you build this year’s lineup? I would love to hear your opinions! This team finally has the pieces to make a serious Stanley Cup run. Hopefully, they can make it happen.