The marriage between the Barclays Center and the New York Islanders hasn’t been a very good one during its first year, to say the least.

From a terrible new goal horn, that was later replaced, to some of the worst sightlines in the history of the NHL, there have been countless issues between club and arena since the 25-year union began last September. What makes it worse is the fact that fans have trouble getting to the games due to traffic and public transportation issues.

But there appears to be a way out of this terrible relationship for the Islanders, allowing the organization to find a new partner in life.

According to the contract between the team and facility, there is a clause that allows the contract to be voided after four seasons. This clause would allow the Islanders to continue playing in Brooklyn for the next three years while plans get set for a potential new arena.

Locations include near Citi Field – home of Major League Baseball’s New York Mets – in Queens or even in Belmont. No stones are being left unturned, and the process of scouting potential hockey-first arena locations has already begun.

One reporter for a major New York publication, who was not contractually allowed to speak, said that the team’s new ownership group, led by Jon Ledecky, has met multiple times with various city officials as well as the owners of the New York Mets – Sterling Equities – about a privately funded arena deal.

A new arena would allow the area surrounding Citi Field to see attendance year round, ultimately leading to increased revenue. 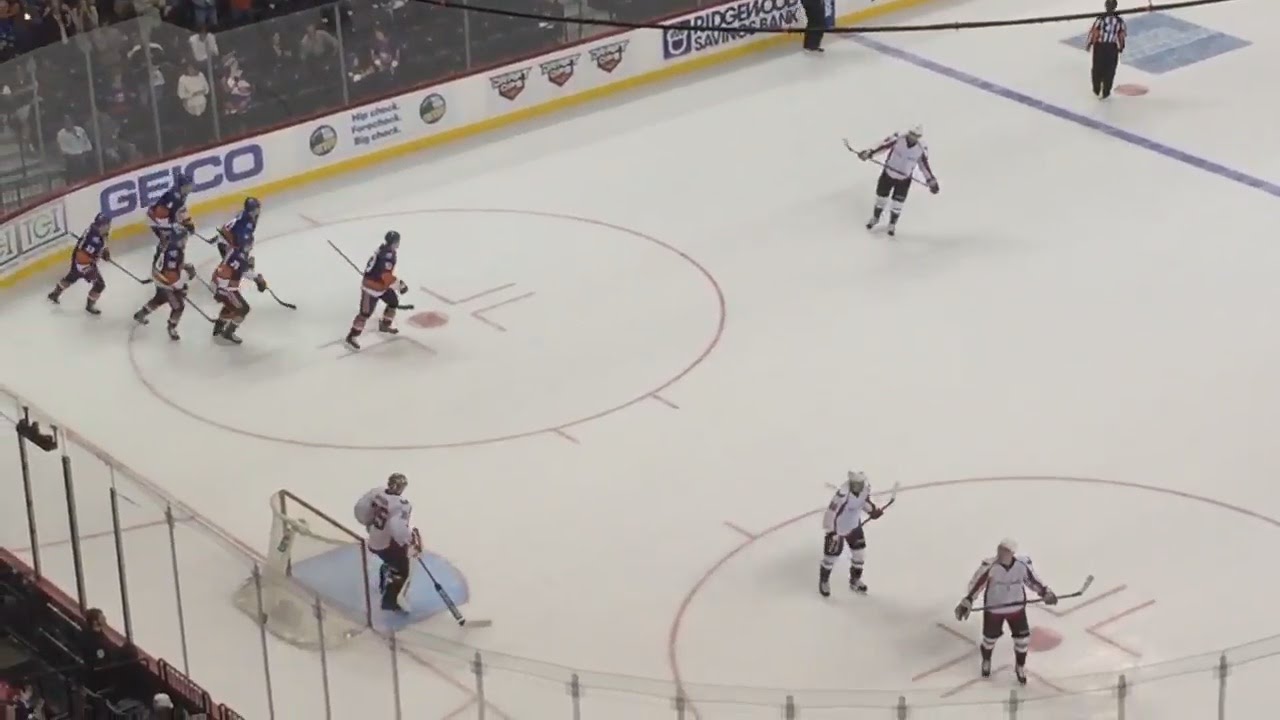 Getting attendance to the area throughout the year would be nice for Queens, but a new arena has to viably make sense. For the Islanders, it appears to be more of a need than a want.

With fans disliking the Barclays Center so much and the arena holding so few fans for hockey, any sort of drop off in attendance would undoubtedly hurt the team’s bottom line. It wouldn’t be a very good look should the team continue to be a success on the ice yet have less than 10,000 fans in attendance per game. It sounds like a ridiculous idea, but fan displeasure could lead to that problem down the line. And, aside from sponsorships, fans are how teams make their money in the form of ticket sales, merchandise and general concession purchases.

A member of the Islanders’ front office said making sure the fans are comfortable and have a better experience at the arena than at home is what matters most.

“They spend money to watch a product,” the source said. “For a large amount to not even be able to see what’s happening on the ice below is unacceptable, in my opinion. Something needs to happen because we are all fans first.”

The team and arena management staff will likely continue to publicly deny looking to get out of the relationship, but there are enough rumblings within that seem to suggest otherwise. With no plan in place to leave the Barclays Center, it wouldn’t make sense to come out and say that the team is leaving. By exploring options for a new location, the Islanders could very well be getting all of their ducks in a row before announcing something.

Whether it’s Queens, Belmont or somewhere back on Long Island, it’s just tough to see the team sticking in Brooklyn for much longer. One thing is certain from everyone involved, though: there is absolutely no chance that the Islanders won’t be in New York.