We are a little under two months until the NHL All-Star Weekend in Nashville. The much-anticipated 3-on-3 format is sure to be a ratings bonanza. A hat-tip to the NHL for being creative with the format.

According to NHL.com “One player from each division will be voted onto the team by the fans; the other 40 players will be selected by the NHL Hockey Operations Department.” Sounds about right. What could possibly go wrong?

Who? You know, John Scott of the Arizona Coyotes. Still not sure? John Scott, the Coyotes forward who has played in six games this season and has a whopping one point thus far – an assist. Those unpredictable, wacky hockey fans are voting a player who is almost nonexistent this season to be the captain of the Pacific Division All-Star team.

"I think it's more of a joke than anything." John Scott comments on All-Star voting push. https://t.co/PJKftnqXLw pic.twitter.com/Vw03o5ijTi

To be fair, Scott has been around the league having “played” for six teams since 2008. He has been pacing himself on offense, having amassed a stout five goals and six assists in his NHL career.

One may wonder why teams keep signing him. Perhaps they have all been in search of the elusive “goon” that has almost gone completely by the wayside in the modern NHL. Back on July 10, Josh Cooper of Puck Daddy speculated that GM Don Maloney wanted the enforcer to protect their young players:

“Maybe he signed Scott, arguably the most infamous NHL enforcer, to protect young assets Dylan Strome, Anthony Duclair and Max Domi? That’s more plausible, since the Coyotes probably don’t want their future pummeled by the rest of the league.”

That is as good an explanation as any as to why teams keep giving Scott a contract. There are myriad players who have performed better who are no longer in the league.

It’s been speculated that the Scott vote got started by a podcast and then caught fire at Reddit. From the Bleacher Report the scenario played out like this:

“How did this happen? According to Yahoo’s Greg Wyshynski, the ‘Marek vs. Wyshynski’ podcast proposed it, Reddit seconded the motion and then it became a real thing.”

It is amazing how things blow up in today’s internet/social media world. The question is whether or not the momentum will last through the voting period and we will be treated to the 6’8″ Scott leading the Pacific team in the All-Star game. If the fans stay engaged, this season’s game may be an all-time ratings winner. The NHL’s Bill Daly told the Bleacher Report, the results will be honored:

Scott is a goon, an enforcer. He serves one purpose for teams that sign him and that is to fight. Many in today’s generation of NHL fans want to see the sport purged of fighting. Old-timers think it’s a legitimate part of the game. One thing is for sure, though, and that is that it’s entertaining.

Do you remember this 2014 Scott versus Anaheim Ducks’ Tim Jackman dance when Scott was a member of the San Jose Sharks? 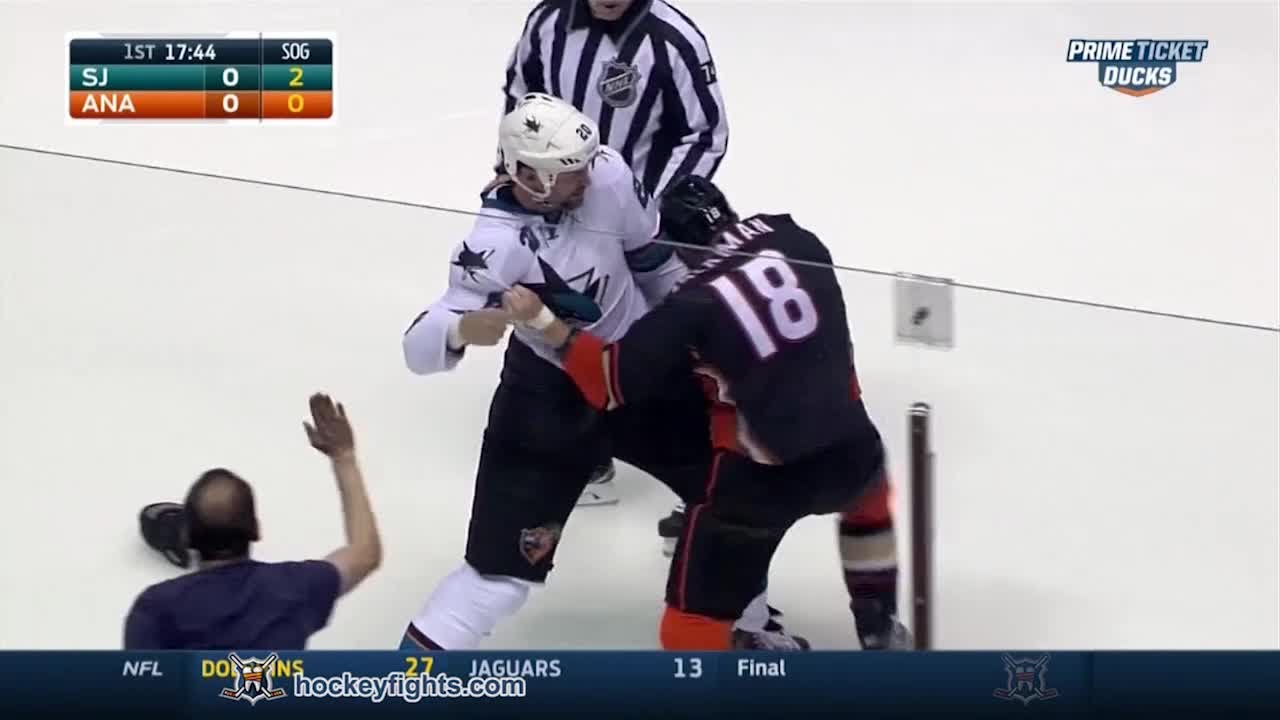 Jackman and Scott were not finished, and their second round erupted into a bench-clearing brawl: 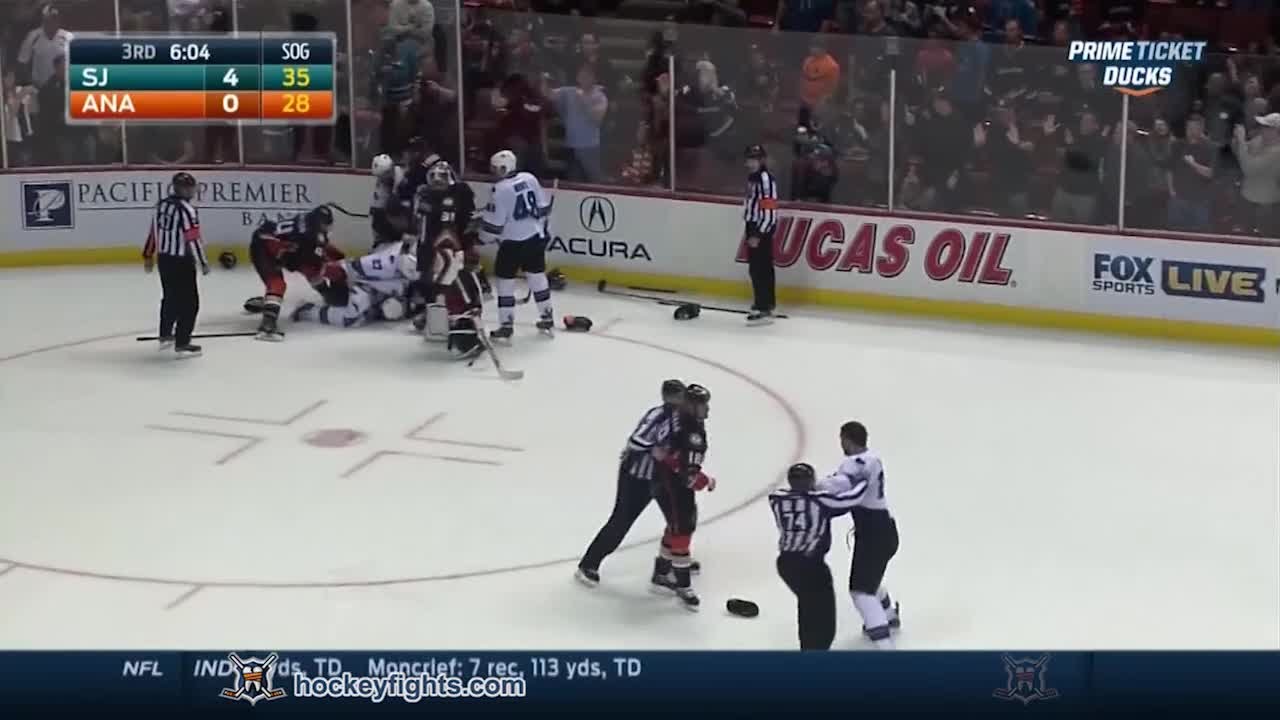 Will we see this sort of sideshow at the NHL All-Star game in January? If the fans have their way and Scott is in the mix, we just might. Mark your calendars for January 31, 2016. And be sure to cast your vote for whoever you think will bring the most interest to the All-Star weekend.

Mark Shiver is a staff writer for The Hockey Writers credentialed with the Carolina Hurricanes. You can follow him on Twitter @markshiver