Over the last month, I have read many stories about the possibility of the New York Islanders trading power forward Kyle Okposo. Okposo is on the last year of his five-year deal. There is a thought process going around that says the Islanders can’t just let Okposo walk out the door and get nothing in return. I am here to tell you, yes they can.

Isles are a Now Team

The 2015-16 Islanders are at a very different time and place than previous teams in quite some time. New York is coming off a 100-plus-point season and it is quite possible this squad can make a lot of noise in the Eastern Conference this year. There is no doubt that many teams covet Okposo’s skill and size and the fact he has such a low cap number ($2.8 million) makes him very attractive. However, because Okposo is an unrestricted free agent at season’s end – that greatly diminishes his trade value. Being a now team, the Islanders are not going to trade Okposo for a draft pick and a prospect.

Hearing his name in trade talks while entering the walk year of his #Isles contract, Kyle Okposo only has 1 focus: http://t.co/NxtgQvZdsN

In this new age of the NHL, that is the salary cap era, teams must realize that cap space is very much a valuable asset to an organization. If a team loses a player via free agency, the cap space gained can be used to acquire another player via trade or free agency. It’s possible a team could wind up gaining a better player for their organization. Every general manager must manage their team’s cap for today and tomorrow, which is a vital part of the GM’s job.

Okposo May Not Be on the Isles’ First Line

The Islanders’ front office has to decide whether or not to sign Okposo to an expensive long-term extension. The plan for New York in terms of opening the season is to have John Tavares center Anders Lee and Ryan Strome on the first line. Talk has been Okposo wants a contract that is in the neighborhood of $50 million. If one is running an NHL organization, do you give a player a $50 million contract when he won’t be on your first line? 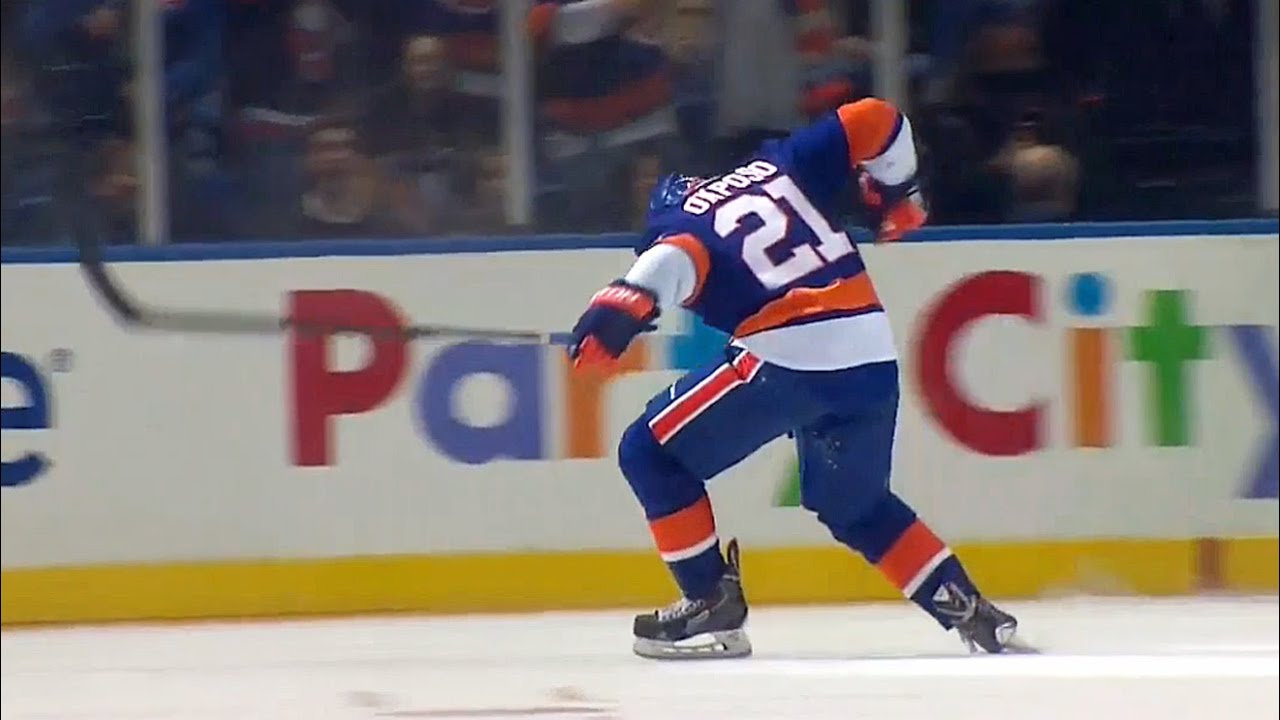 Young Kids in the Pipeline

The Islanders have a number of talented top, young forwards that should be in the NHL in the near future. Michael Dal Colle will in all likelihood be on the Islanders next year for the 2016-17 season. Also on the fast track is the Isles’ first round pick from this past draft, Matthew Barzal. Don’t forget, Josh Ho-Sang and Anthony Beauvillier – both could be ready for the NHL in two to three years, as well. All four of these players have an excellent chance to be as good as Okposo, if not better.

Not only is the Islanders organization on the rise in terms of its NHL roster and prospects, but also keep in mind New York is in great position regarding the salary cap. How many upper-echelon teams in the NHL can make that claim? Cap Friendly has the Islanders currently with nearly $6.6 million in cap space. At season’s end, New York will have almost $10 million more coming off their cap. If Okposo leaves the Islanders via free agency, New York will have the salary cap flexibility to acquire a top forward either through free agency or trade.

The only scenario that makes sense for the Islanders in terms of trading Okposo during the season is if they can acquire a proven player that makes the team better now.