Many players have made a name for themselves at the world juniors over the years.

Some have went on to star in the NHL and others have been one-hit wonders. The annual tournament is a great place for under-the-radar prospects to get their 15 seconds of fame. Especially for goalies from non-contending countries who stand on their head against the gold-medal favourites and the very best talents in their age group.

A lot of these overnight successes are total unknowns prior to the tourney, guys that even the most hardcore prospect junkies have barely heard of. Russia always seems to have a couple kids come out of the woodwork to dominate on this international stage. Kids with next to no points for their KHL team who went undrafted — probably because of the Russia factor — but kids with dynamic skill-sets nevertheless. Even the North American teams have the odd underdog with the potential to play a starring role.

Here are 10 sleeper prospects to watch out for in this year’s tournament:

Unless you’re an avid Red Wings fan, Victoria Royals season-ticket holder or from his hometown of Kamloops, Hicketts might be foreign to you. If you are Canadian, then you’ve got to know him through extensive pre-tournament coverage, but the average person — especially east of Manitoba — wouldn’t have recognized his name prior to selection camp.

Hicketts is about to become a household name around the world. He’s an undersized defenceman with incredible offensive instincts, another steal of a signing for Detroit after he shone at its prospect tourney in Traverse City this fall. Hicketts is the Canadian version of Sami Vatanen (Anaheim Ducks) and will remind world-junior fans of Ryan Ellis (Nashville Predators) and Ryan Murphy (Carolina Hurricanes) from their stints with Team Canada. This tournament could certainly be a coming-out party for Hicketts. 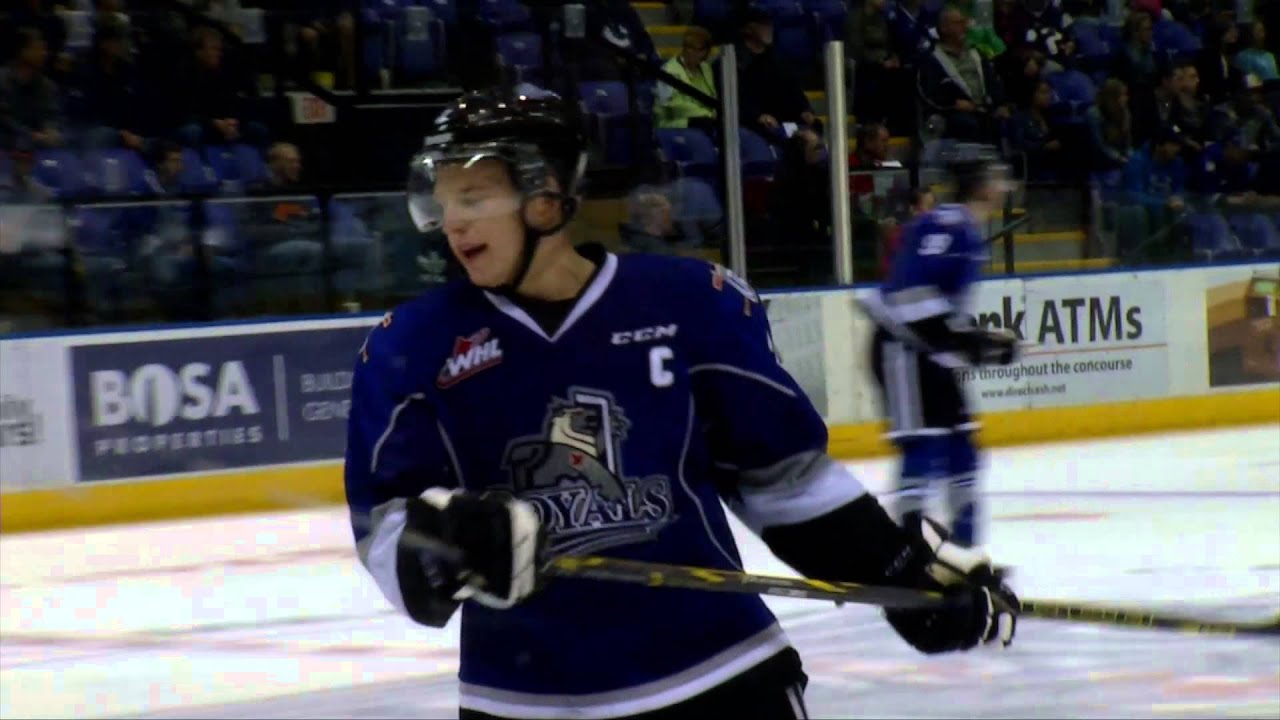 Aho is the Swedish Hicketts, a very similar player with a similar story, having both been passed over in the 2014 draft. Aho is now projected to be a top-pairing defenceman for his country at the world juniors and will be quarterbacking the power play alongside Robert Hagg (Philadelphia Flyers).

This Aho is not to be mistaken for the Finnish forward by the same name who will also be playing in this year’s tournament. Talk about a strange coincidence, both are under six-feet tall and are eligible for the 2015 draft, but the Swede should be the standout in this showcase and therefore be selected higher come June.

Sorokin served notice by stealing an overtime win for Russia in a pre-tournament game against Canada last week. He was the difference, making 52 saves as Russia was outshot 53-20.

You’d think that would have been enough to solidify the starting job, but Russia tends to alternate its goalies — for better or worse — in tournaments like this. Still, you can expect to see plenty of Sorokin highlights over the next couple weeks.

Matthews is going to be one of the youngest players in the tournament, having missed the 2015 draft cutoff by just two days. So even if he lights it up at this tournament, NHL teams are going to have to wait until 2016 to call out his name at the draft.

Matthews has been a top scorer at every level and he’s currently averaging nearly 2 points per game with the U.S. under-18 team. It’ll be interesting to see how the Americans use him in this tournament, whether he’ll play sparingly or emerge as a go-to guy. 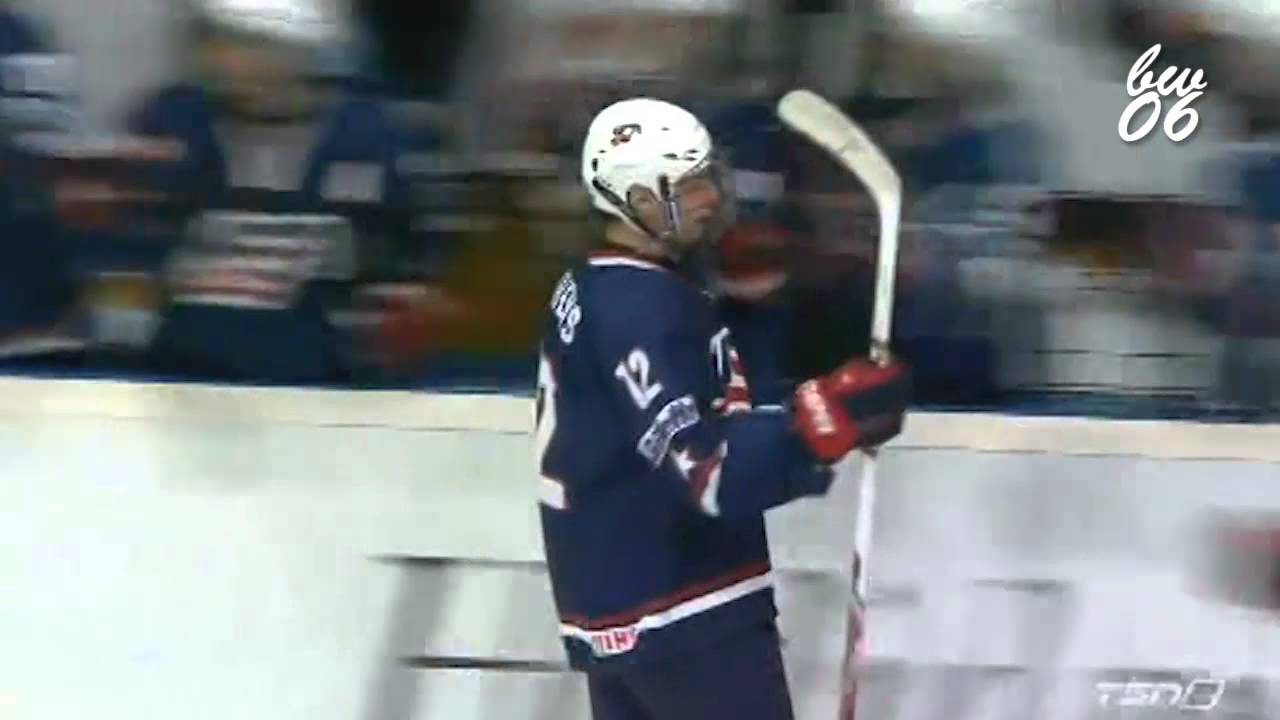 Tolchinsky is slowly but surely becoming a top prospect after going undrafted. Like Hicketts, he earned an entry-level contract by standing out at a prospect tournament and he’s become one of the OHL’s elite point producers since coming to North America three years ago. And like several guys on this list, Tolchinsky’s small but has the skill to make up for his lack of size.

Speaking of which, Vladimir Tkachev also fit that bill as the tiny sensation that the Oilers attempted to sign out of training camp only to learn he wasn’t eligible. Tkachev was cut from this Russian team but will likely be picked at some point in the 2015 draft, possibly by Edmonton. 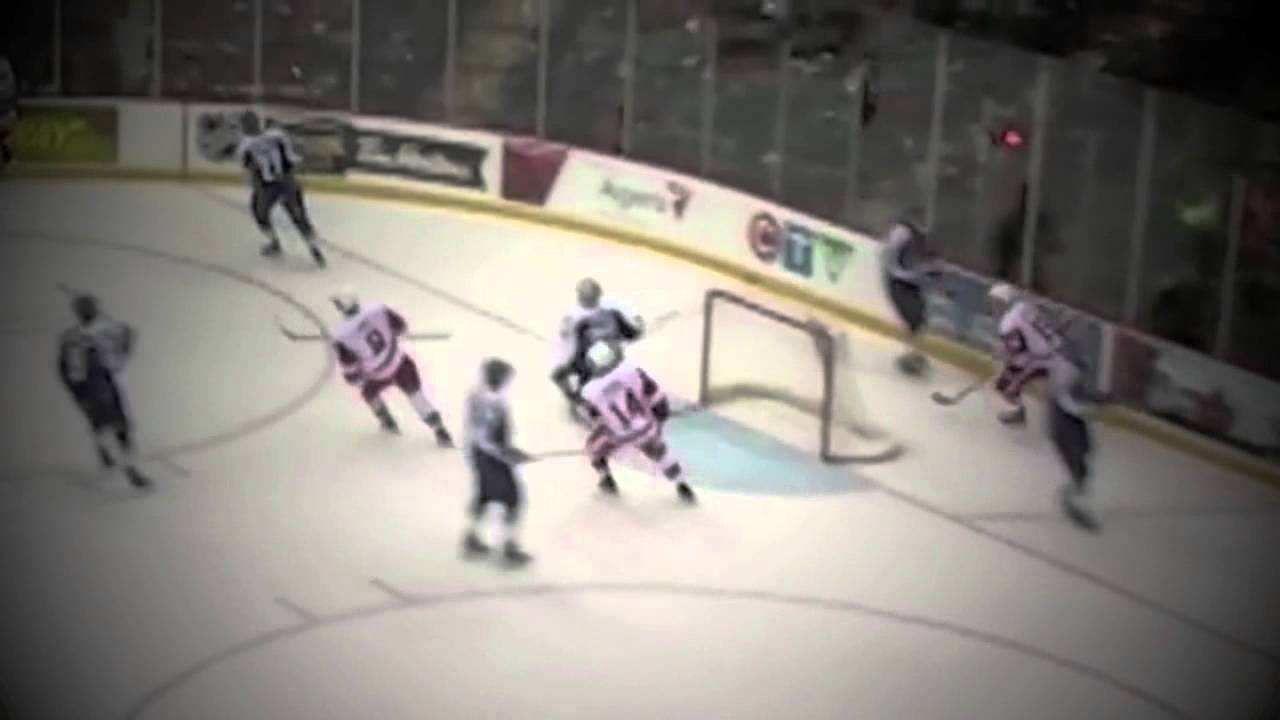 Sticking with the small-but-skilled theme, Reway can dangle with the best of them. He’s elusive and yet extremely dangerous in the offensive zone. He won’t have much to work with in terms of linemates at this tournament, but Reway is still one to keep an eye on. Canadian and American defencemen will definitely need to have their head on a swivel whenever he’s on the ice during their round-robin games.

Reway will inevitably draw comparisons to fellow Montreal prospects Sven Andrighetto and Charles Hudon, and he’ll likely be battling them for a roster spot as early as next season. He’s cut from that same cloth and he already has experience in the North American game, having played two seasons in the QMJHL before returning home this year to play in the Czech pro league. 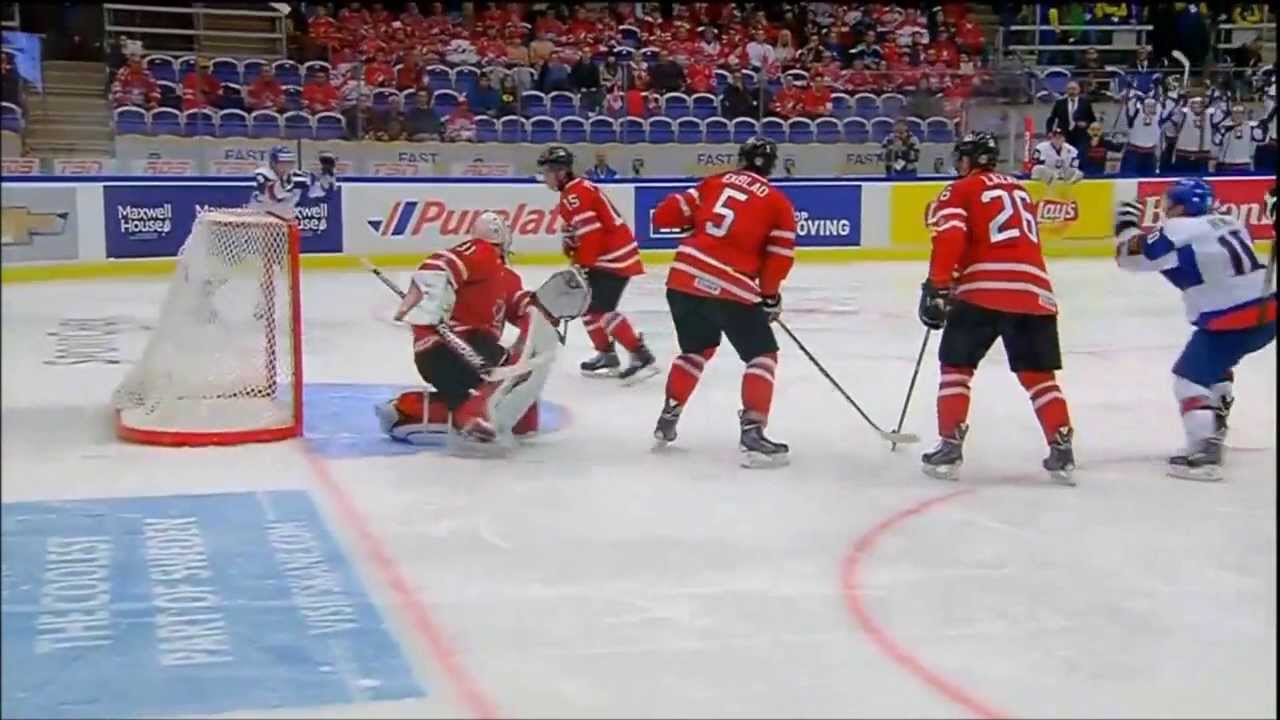 You wouldn’t expect to find a first-rounder on this list, but DeAngelo is the exception because he was on the bubble to make the American team. Now that his spot is safe, it’ll be up to DeAngelo to make the most of this opportunity. His character has been called into question in the past and is the reason he fell to 19th overall in this year’s draft when he was arguably the most skilled defenceman even above Aaron Ekblad.

DeAngelo could become the story of the tournament and lead all blue-liners in scoring. He has that ability, especially if he’s quarterbacking the power play. If Steve Yzerman was willing to take a chance on him, you know he’s a special talent and the off-ice stuff is probably overblown due to past immaturity.

Saros should have been on this list for last year’s tournament, when he become a revelation in backstopping Finland to gold. The team in front of him isn’t as good this year — at least not on paper — so the onus will fall on Saros to get his country another medal. That will be easier said than done, but he should be able to keep Finland competitive in most games if not get them back onto the podium.

Saros is also on the small side and relies more on his athleticism, which often results in highlight-reel saves. Can his technique be refined to become a starter in the NHL? That remains to be seen, but he’ll be fun to watch at the world juniors again.

Believe it or not, Denmark could pull off an upset or two in this tournament. With Bjorkstrand and Winnipeg Jets first-rounder Nikolaj Ehlers leading the offence, anything is possible. It’s still doubtful that Denmark makes it to the medal round, but those two should form a lethal combination for as long as it lasts.

Bjorkstrand is arguably the WHL’s best sniper this season, dangerous on almost every shift. Expect much the same against the world’s best, as his skill-set should allow him to stand out even without much of a supporting cast besides Ehlers. 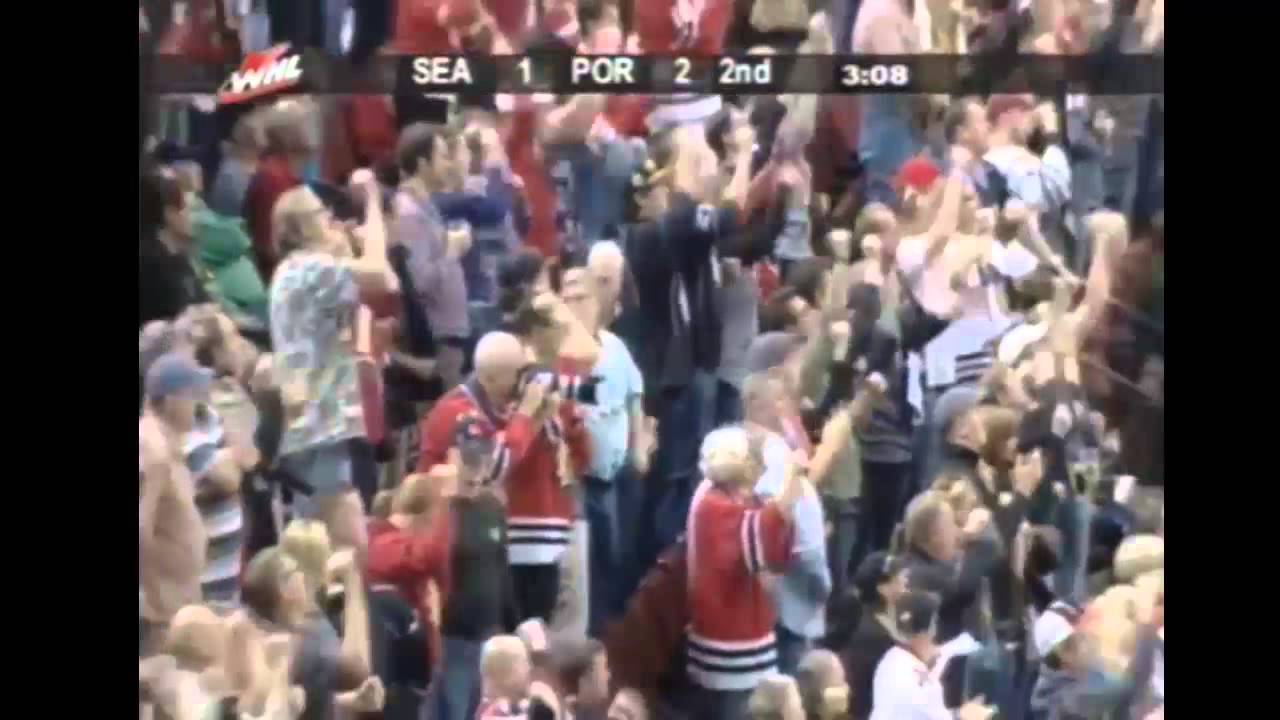 Watch for the Kase brothers to turn some heads in this tournament, be it on a line or playing apart from each other. Little brother David is a potential first-round pick in 2015 and Ondrej is no slouch himself despite his draft position. They are both under six-feet tall but have top-end speed and creativity. They can make something out of nothing offensively, and that spontaneity is what the world juniors are all about.

Will either of them ever make it across the pond to make an impact in the NHL? Who knows, but they should be impactful in this showcase. 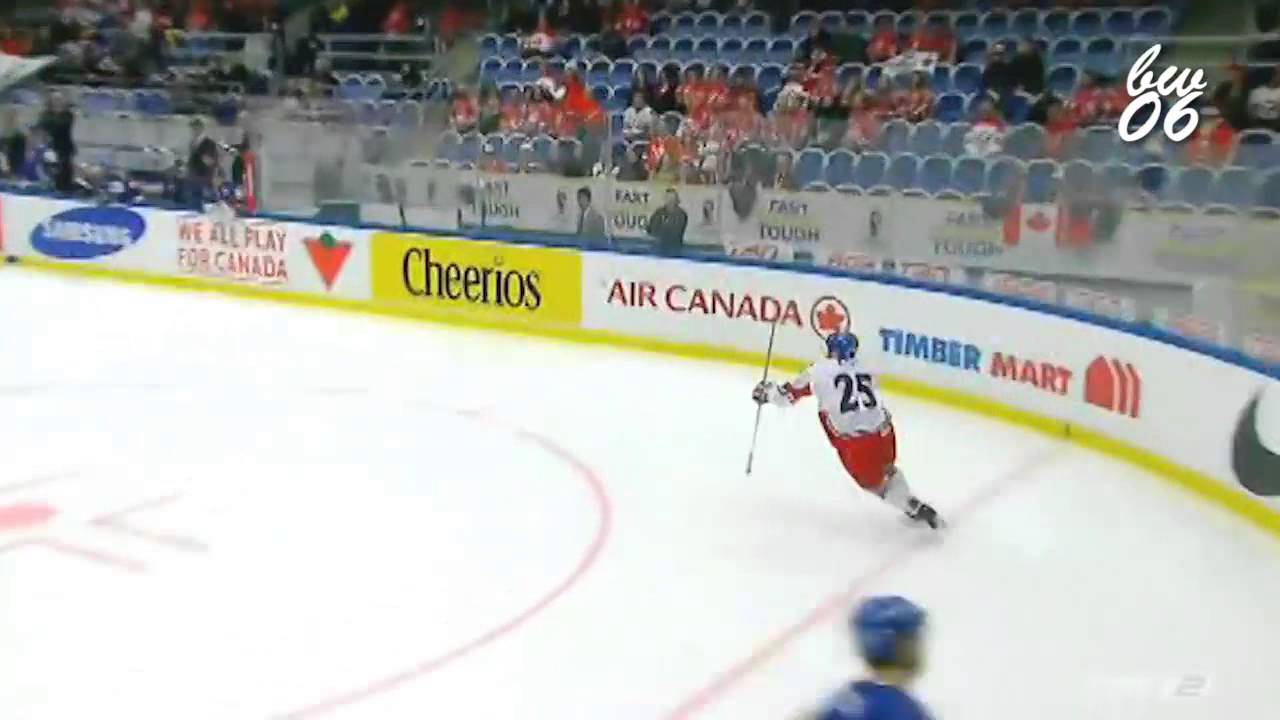