The annual under-20 showcase starts on Boxing Day and this year’s tournament has the potential to be better than any in recent memory. Team Canada also has potential to win its first gold medal since 2009 — arguably entering as the favourite, on home ice in Toronto and Montreal.

The New Year’s Eve showdown between top draft eligibles Connor McDavid of Canada and Jack Eichel of the United States — both considered can’t-miss prospects — will be as captivating as any non-playoff NHL game this season. It will probably be more watched than the Winter Classic between the Washington Capitals and Chicago Blackhawks on New Year’s Day. That Canada-USA clash has become tradition and produced some incredibly entertaining moments over the years. 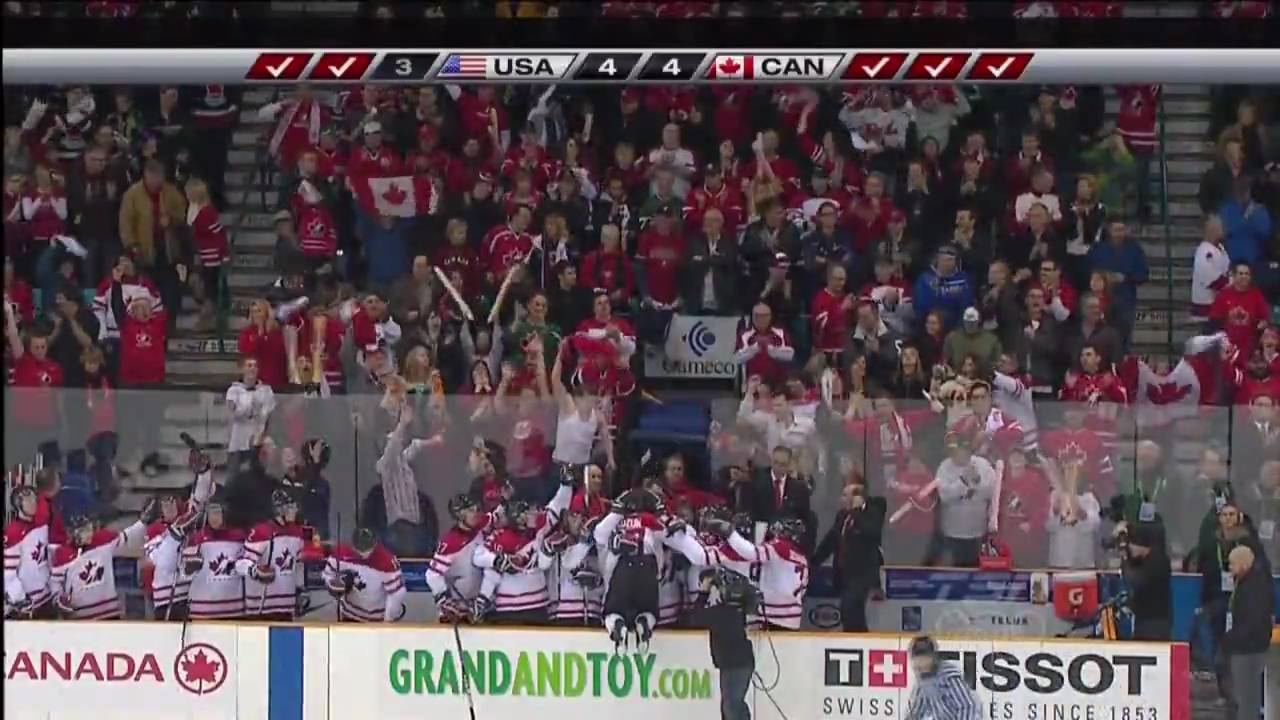 How good was that? OK, now that you’re excited. The depth of talent on display is pretty impressive too, with a few NHL players on loan to their respective nations, plus a couple dozen first-round picks out to prove their worth.

Here are 10 first-rounders — ironically all forwards — who should stand out amongst their peers:

This guy is going to garner the single most attention of any player, being a Maple Leafs prospect back in the Big Smoke after nearly cracking Toronto’s roster to start this season.

He’s got a flashy skill-set that can bring fans out of their seats regardless of where their nationalistic allegiances lie. He’ll be the straw that stirs the Swede’s offence and is very capable of carrying his country to the podium. He has charisma too, similar in Mats Sundin in that regard, so Nylander will be hard not to cheer for at times in this tournament. 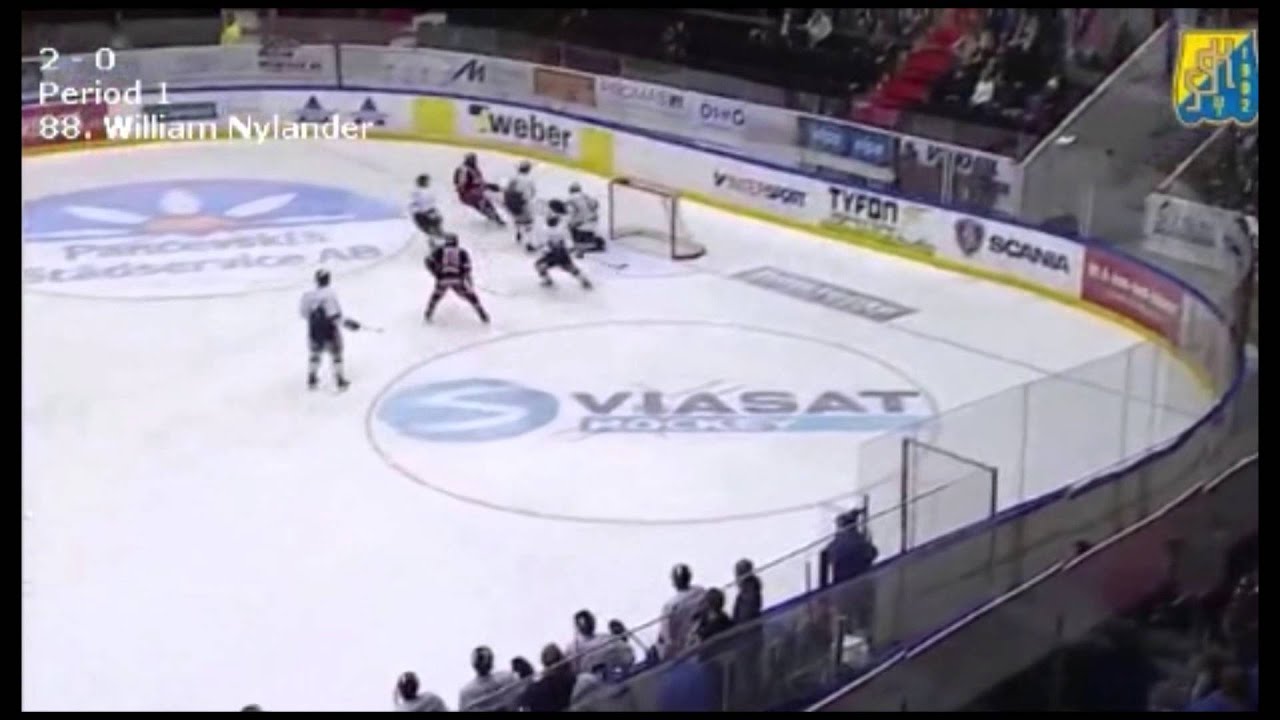 He’s going to be a man on a mission. A man, not a boy or a kid. This young lad is mature beyond his years and he’ll want to leave no doubt that he’s ready for the NHL next season after getting sent back to junior following his 9-game audition this fall. He’ll want to dominate the competition at this level, and he very well could.

Reinhart would have likely been Canada’s captain if Curtis Lazar wasn’t loaned by the Ottawa Senators, but he’ll still wear a letter on his jersey and lead by example. Don’t be surprised if he ends up leading the tournament in scoring.

Don’t sleep on the Finns. Never sleep on the Finns. Led by Kapanen, they could surprise and walk away with a medal yet again. He’s a dynamic offensive player already enjoying success against men in his native land — much like Nylander in Sweden — so he could look like a man amongst boys at this event.

Kapanen’s already looking like a steal at his draft position, and you can bet Jim Rutherford and Mike Johnston are wishing they could get him on the next flight to Pittsburgh with the Penguins battling the mumps and an array of injuries.

Like Canada, the Americans have plenty of first-rounders to choose from. Tuch’s name might not be the first to come to mind, but he could be a household name by the time this tournament wraps up with medal games on Jan. 5.

Tuch is being paired with Eichel and they have had success together in the past, so expect that chemistry to continue at the world juniors. Expect them to light it up from start to finish, with a strong chance of donning gold in the end. The Russians won’t be short on skill — not that they ever are — and Goldobin will be leading their charge toward medal contention. He turned a ton of heads during NHL pre-season action and got serious consideration to stick in San Jose. Ultimately, he ended up in Finland, where he’s been productive in that pro league.

This tournament could be child’s play for Goldobin, and he could put on quite the show. He’s familiar with Canada, having spent the previous two years with the OHL’s Sarnia Sting, so that will help him feel right at home. Of course, there will be that enigmatic stigma hanging over his head — and that of his teammates — but he could certainly silence his critics on this stage. 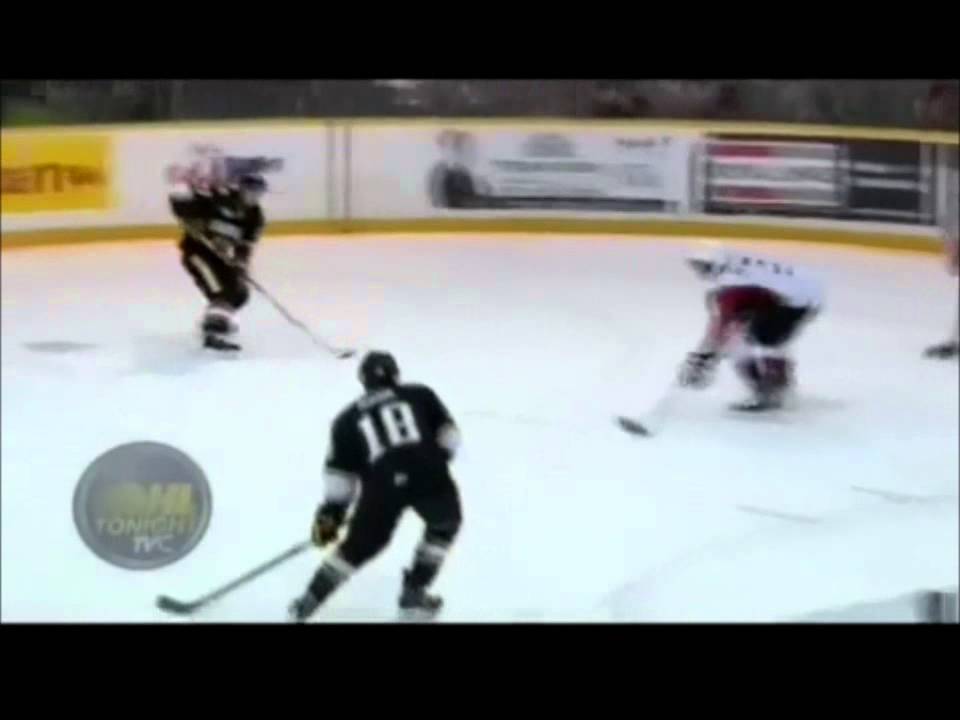 Didn’t plan on tuning in to any Denmark games? Plan again, as Ehlers is definitely worth watching. He might be the most electrifying player in the tournament, the most dangerous with the puck off the rush. He’s a lot like a young Marian Gaborik, explosive and extremely gifted.

One player — or two counting Oliver Bjorkstrand — won’t be enough to get Denmark past the quarter-finals, but Ehlers should be able to do enough to get Jets fans stoked about his future in Winnipeg. 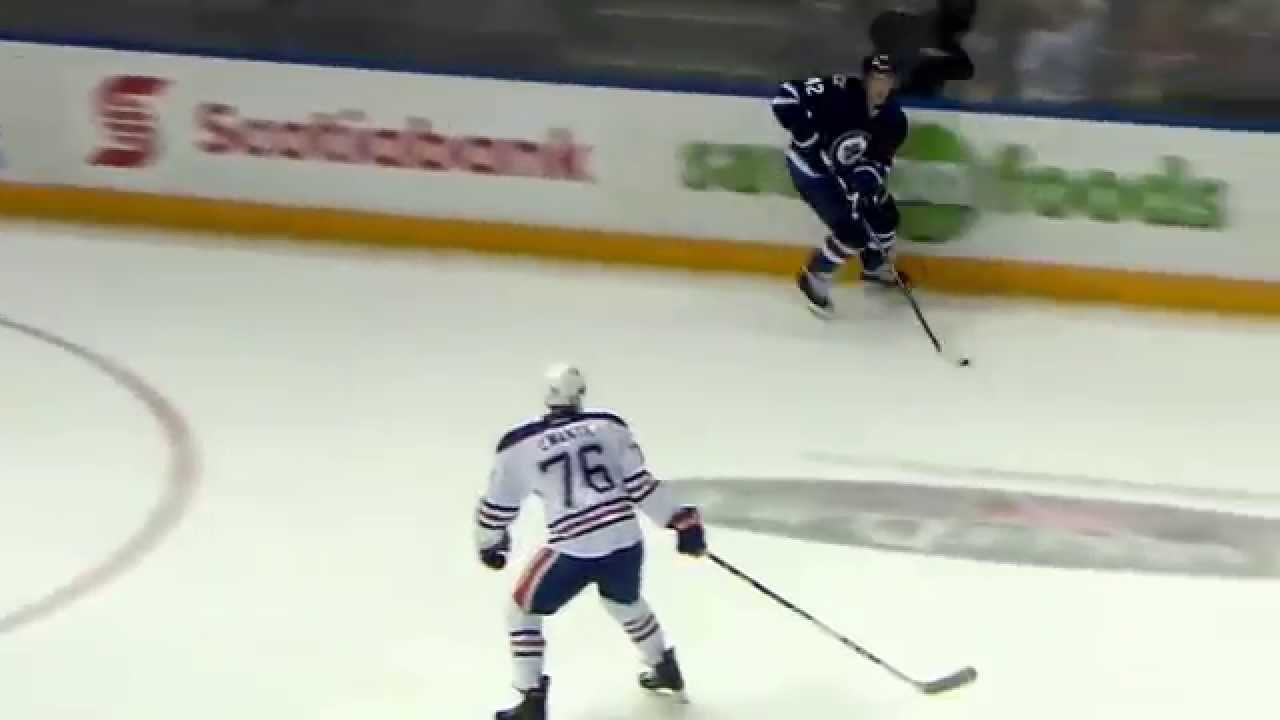 This kid is going to be a good one. The next Filip Forsberg? Maybe, just maybe. Let’s see how far he — and Mirco Mueller — can take the Swiss in this tournament before singing Fiala’s praises too much. Don’t be shocked if they are singing their national anthem after a quarter-final win, as Switzerland is definitely trending in that direction.

Fiala was a point-per-game player in last year’s tournament, so expect him to build on that performance and be a real difference-maker for his country. 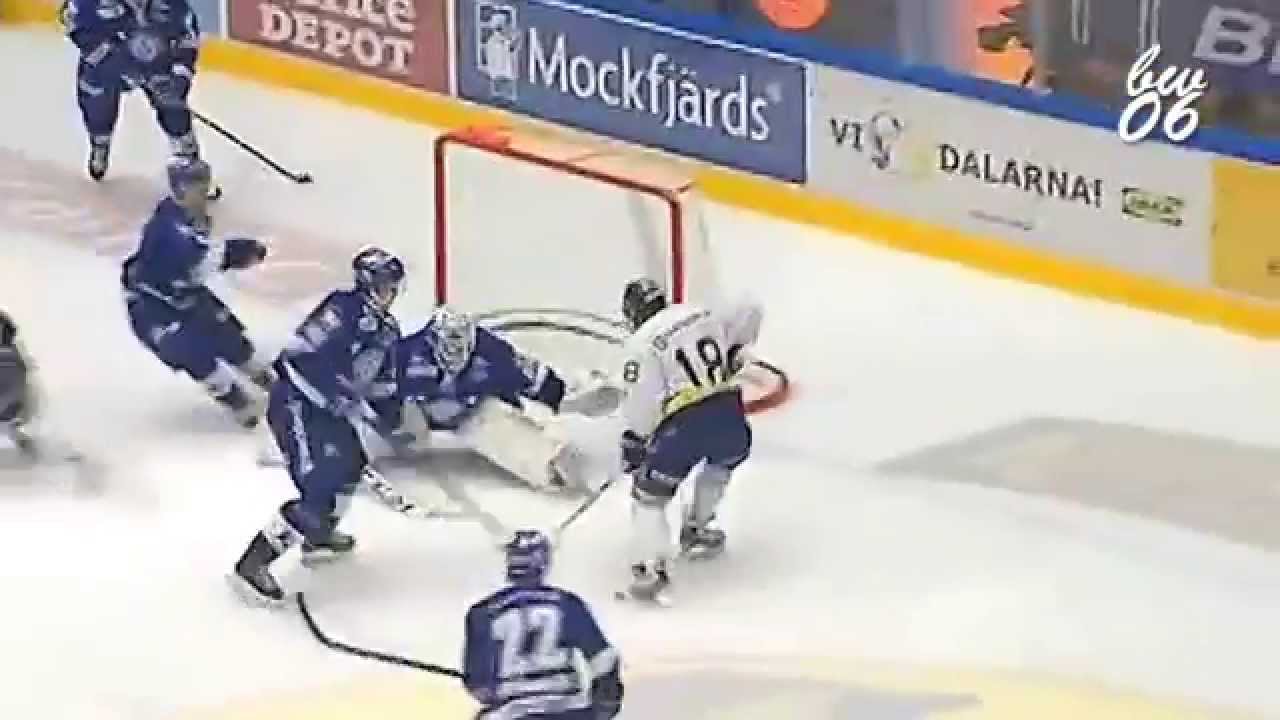 The Czechs will be icing a skilled-enough group to be considered a dark horse for the medal round. Vrana is a pure scorer and his finishing ability could be second to none at this event. He’s not the biggest guy — and nor are most of his teammates — so it’ll be interesting to see how the Czechs handle the more physical North American brand of hockey expected to be played in this tournament.

Vrana’s impact will largely determine how his country fares, but he’ll carry that weight with pride and perhaps make a bigger name for himself. 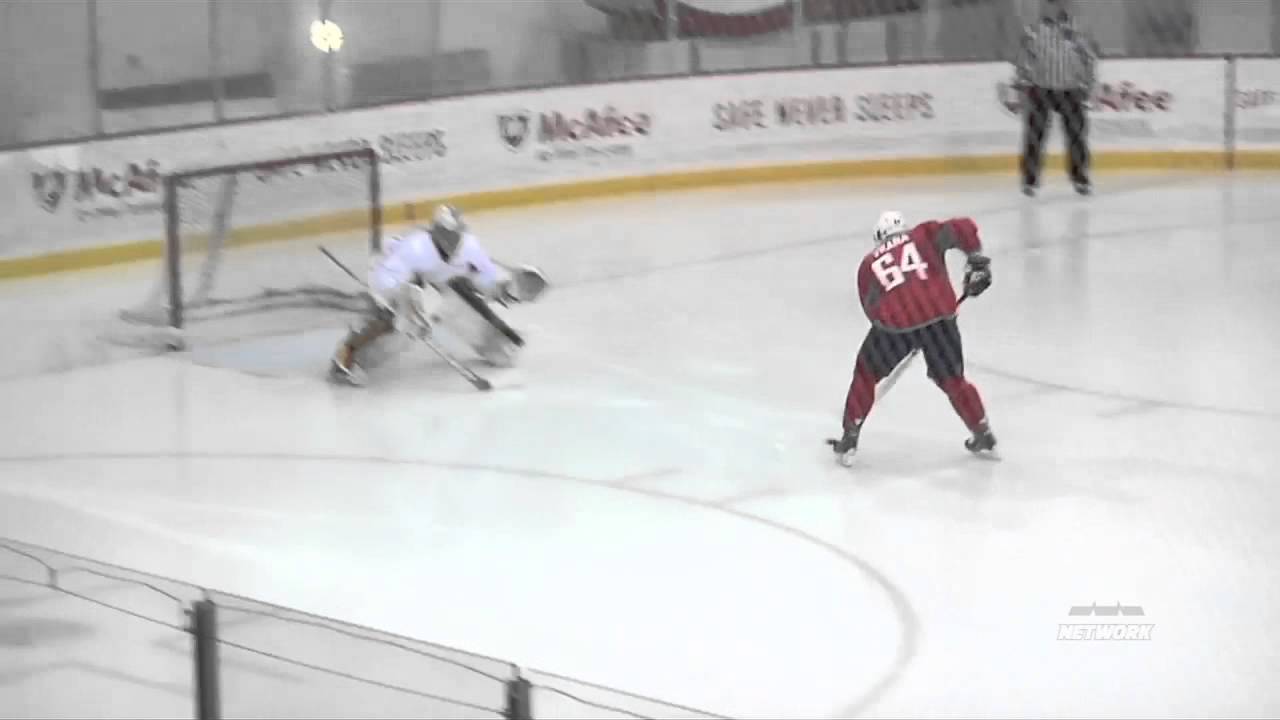 His dad Tie made his share of memorable moments in Toronto, albeit at Maple Leaf Gardens. Like father, like son, Max will be hoping to write his own heroic chapter at Air Canada Centre. He’s the only 2013 holdover on this list, which means he should be a cut above the competition.

Domi has shown chemistry with Reinhart and Anthony Duclair of the New York Rangers on Canada’s top line during pre-tournament play, so providing that carries over, Domi is bound to rack up the points and make Don Maloney regret sending him back to the OHL’s London Knights. The Coyotes could really use his offence right about now. 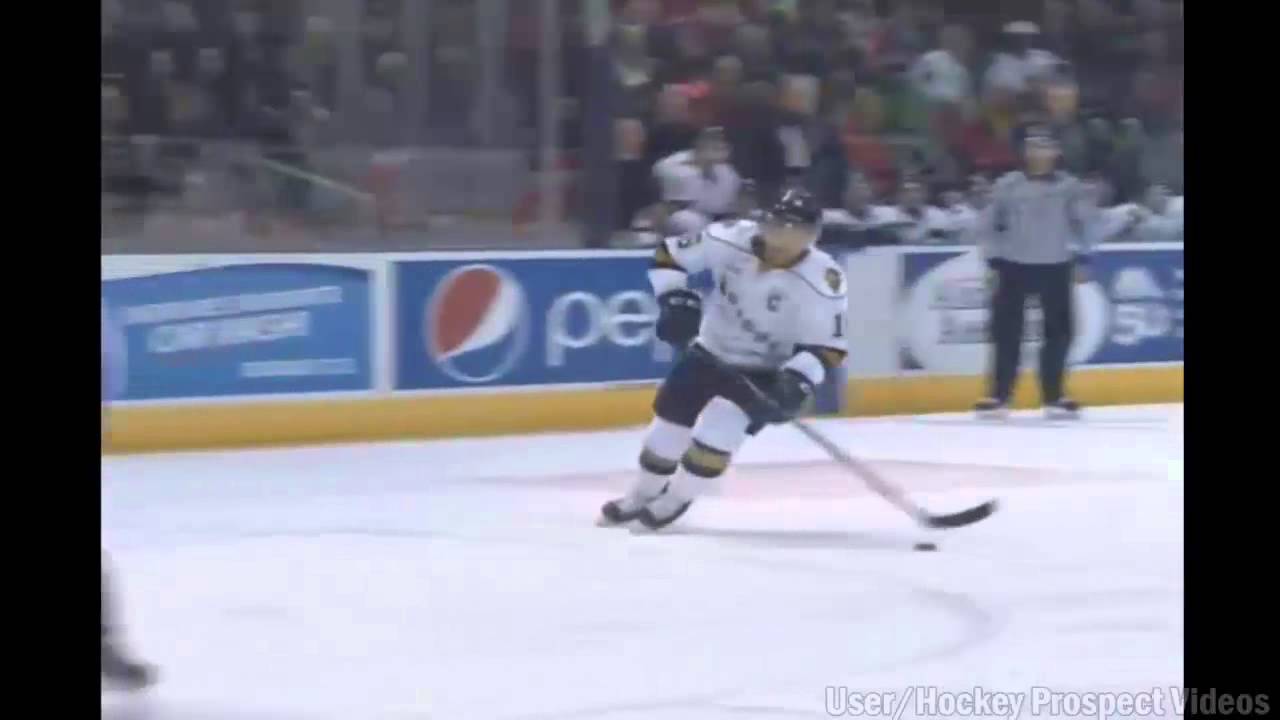 Last but not least, Milano could really steal the show. He has a flamboyant flair to his game, a show-stopper if you will. He reminds some of Johnny Gaudreau, who just recorded his first career NHL hat trick to put himself back into the Calder conversation. Milano might have been in that mix too, had he not suffered a pre-season injury.

Now that he’s healthy, Milano is ripping up the OHL in his first season of major junior and he’ll be determined to step it up another notch for this high-stakes tournament. He could outshine Eichel and Tuch by the time it is all said and done.