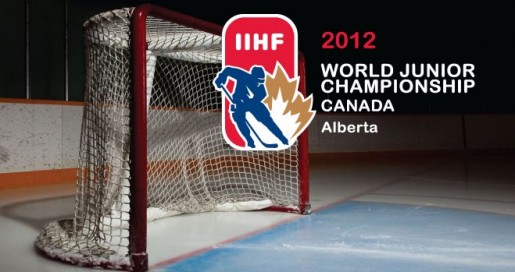 The normally ever explosive Russian forwards like Kuznetsov, Gusev and Yakupov only had glimpses of brilliance.

It was a game in which Sweden dominated play, but one had the feeling that Russia could unleash their stealth-like counter attack at any moment to take the lead.

One such moment occurred when tournament MVP Yevgeni Kuznetsov (Washington Capitals 2012 1st rounder) broke into the Sweden zone and executed a savvy behind the back cross ice pass with surgeon-like precision to a charging Nikita “Picasso” Gusev (another one of my invented nicknames – Gusev painted a couple of masterpieces in this tournament). In the end, the glorious opportunity was thwarted by Swedish netminder Johan Gustafsson with an agile save.

Team Sweden last won gold 31 yeas ago in 1981. Some recognizable names from that squad include:

Team Sweden Coach Ronnberg on his response after the winning OT goal was scored:

“I was waiting for the referee to do something or review it. I couldn’t believe it and haven’t really believed in it yet. This is a really big for Sweden. It’s really important. We have chased this gold for so many years.”

In a somewhat controversial move, Russian Coach Bragin opted to start Andrei Makarov over 2012 NHL draft eligible and tournament sensation Andreii Vasilevski. Vasilevski was in the running against Czech Republic’s Petr Mrazek for goalie of the tournament. However, Bragin pulled Vaslilevski for the final 5 minutes to close out a 6-5 victory over Canada in the semi-final.

It must have been a hunch.

Makarov was spectacular in form in stopping all but one of Sweden’s 58 shots.

As mentioned above Team Sweden’s young netminder Johan Gustaffson only had a couple of challenges in this game, but was good when he had to be in a 17 save shutout gold medal performance.

Another goalie with a very similar name also had a memorable night.

For a few frantic moments in the third period, Jonas Gustavsson played without his glove. When the final horn sounded on his second career shutout, he could only watch as an opponent threw the game puck over the glass.

He lost everything, it seems, but his grip on the Toronto Maple Leafs’ goaltending job.

Gustavsson stopped all 24 shots he faced Thursday night to lead the Maple Leafs to a 4-0 win over the Winnipeg Jets.

Ottawa Senators 1st rounder Mike Zibanejad told his teammate in the morning of the game and before overtime that he would be the one to score the gold medal clinching goal. With a brilliant breakaway deke he did just that in fine fashion in sudden death overtime.

“I told (Rotevall) before the overtime too so it was good to get that goal,” Zibanejad said. “You have to decide if you want to win this. In the morning, it was a joke, but obviously it’s not a joke anymore.”

Yakupov left the Saddledome on a stretch with an apparent torn miniscus (knee injury) and is likely to miss a month or more of action.