The NHL has announced the rosters for the 2018 NHL All-Star Game. Some big names are showing up for All-Star weekend, including the usual suspects. Then there are the surprise snubs, with prominent players missing from all four squads.

In the Central Division, two of it’s brightest stars, Jamie Benn and Vladimir Tarasenko, were not named. Another is Jonathan Toews of the Chicago Blackhawks, who’s had a bit off an off year. That omission makes a little bit of sense. The other two don’t.

In the Pacific Division, there’s the usual suspects like Connor McDavid, Johnny Gaudreau and Brent Burns.  However, there’s also a handful of guys from the Vegas Golden Knights who deserved some further consideration. Jonathan Marchessault and William Karlsson have led the Western Conference’s top-ranked team.

Here are some other noteable names that were left off the Central and Pacific Division rosters for the 2018 All-Star Game: 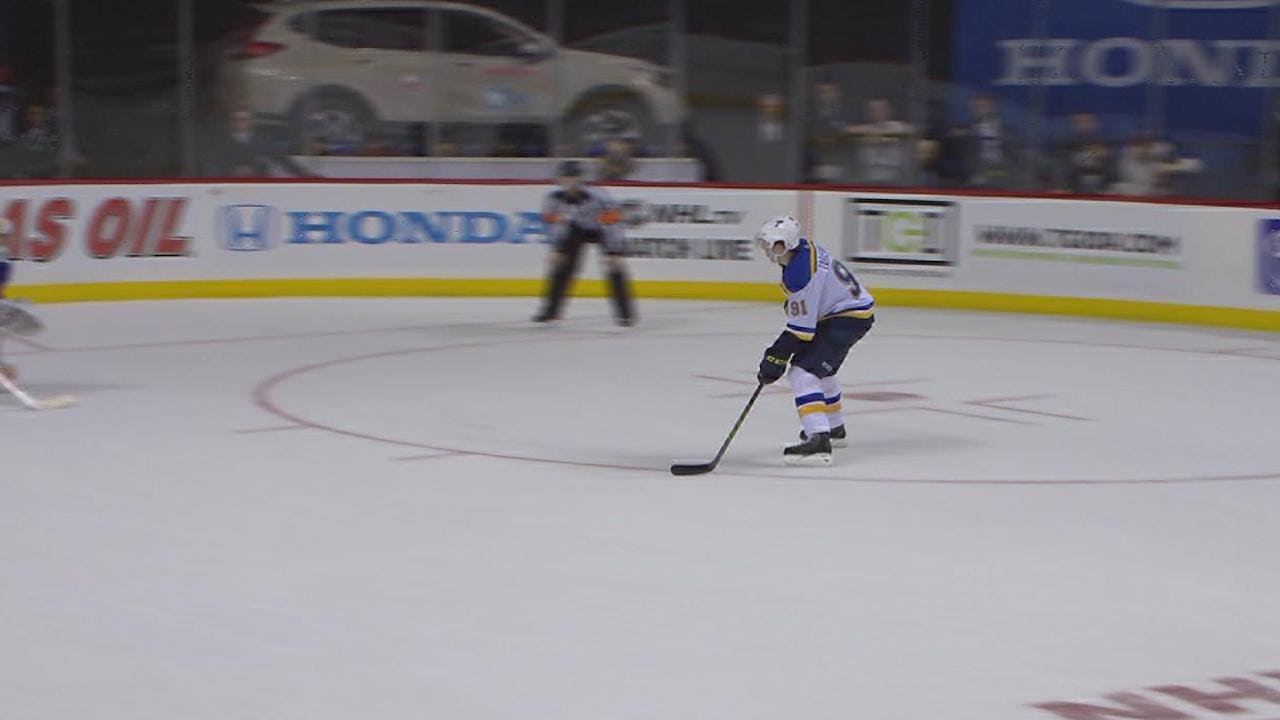 This one’s a big one and surprising for some. When you think of the Western Conference and one of the most dynamic scoring duos, you look to the Dallas Stars. Jamie Benn and Tyler Seguin have been a force in the Central Division, and Seguin earned his spot thanks to 40 points in 43 games.

Benn, however, is right there as well. He’s scored 17 goals, 40 points and is on pace for his fourth 30-goal season in five years. Taylor Baird at Defending Big D might’ve put it best, saying there’s only so many Stars (pun intended) that warrant consideration.

The Blackhawks might not be the same team they’ve been over the past few seasons, but Corey Crawford is still their guy. The goaltender is currently out with an upper body injury with no set timeline right now. Despite the team’s struggles through the first half, Crawford’s been among the division’s best goaltenders. His .929 SV% is better than both goalies named to the Western Conference All-Star team.

His 2.27 GAA is also better than both Connor Hellebuyck’s and Pekka Rinne’s. He’s been spectacular while averaging more shots against per game than Hellebuyck as well. Crawford was named to last year’s All-Star team and has continued his strong play into 2017-18.

Along with Nathan MacKinnon, Mikko Rantanen has been everything he was advertised to be this season. His 15 goals and 41 points are sixth in Central Division scoring, which, like Benn, is more than All-Star Eric Staal’s 37 points.

Rantanen is on pace for a career year where he’s projected to score 30 goals, 82 points to reach his first point-per-game season. The tenth-overall pick from the 2015 draft has emerged as one of the league’s better forwards. If Colorado ends up making the playoffs, this duo will give other teams nightmares.

This is probably one of the most significant omissions from the list. Along with Alex Ovechkin, Tarasenko is the face of Russian hockey, and for an event that markets the NHL’s global stars, this snub is puzzling.

Tarasenko is fourth in Central Division scoring with 44 points. Only Seguin has more goals than Tarasenko’s 19 amongst the division leaders. What’s more incredible, is that 33 of Tarasenko’s 44 points have been at five-on-five and no one in the division has more shots on goal than his 191.

Let’s talk about the Golden Knights. The team is first in the Western Conference thanks to the stellar performances of six players. They can’t all make the All-Star team, but we’ve highlighted two players including Karlsson who leads the team in scoring with 22 goals.

Karlsson’s goal total puts him in a tie for fifth in league scoring and he’s on pace for a career-high 44. Another impressive stat is that 30 of his 36 points are at five-on-five. His shooting percentage is also best amongst active players in the Pacific Division at a nearly unsustainable 25.6%.

Marchessault might be the biggest surprise in the NHL this year. For a journeyman, he’s on the verge of having back-to-back 30-goal seasons, with two different teams; four seasons, four different teams, and now a point-per-game season. How does this even happen?

His 1.05 P/GP  is fifth amongst the Pacific Division leaders. He’s fourth in points in the Pacific with 40 behind Johnny Gaudreau, Connor McDavid, and Anze Kopitar. Marchessault is also leading the surprising Golden Knights in points (40) and shots on goals (135). By the end of the season, Marchessault could have 33 goals and 83 points.

Only Brock Boeser (22) and William Karlsson (22) have more goals than Monahan (20) in the division. Monahan also leads the division with seven power-play goals through 42 games. He’s been an incredible clutch scorer for the Flames with seven game-winners.

Monahan’s impressive points-per-60 ranks fourth in the division at 2.69. The 23-year-old has emerged as one of the best young centers in the league. However, when it comes to All-Star consideration, he might always be in the shadow of Johnny Gaudreau.

The Pacific Division has a pair of hot goalies in Jonathan Quick and Marc-Andre Fleury. It makes sense why both of them were named to the All-Star team. However, if one of them weren’t able to make the game, Smith would be a solid addition.