The Stars will be back in action Tuesday night with a visit to the Bell Centre to take on the Montreal Canadiens.  The Stars (21-18-7) are 4 points behind Calgary for the last wild card spot and have to jump ahead of Colorado and Los Angeles to get there. The annual NHL trade deadline is still over a month away (March 2nd), but in recent years teams have acted well in advance of the deadline.

Will Dallas be a Buyer’s Club (sorry, cheap pun intended) or Sellers?  The answer is Buyers. I expect Stars GM Jim Nill to build on his reputation for being aggressive in the trade market.  The Stars would benefit by taking action now as opposed to waiting.

The 24-year-old Texas native hails from Houston and is a mountainous (6’8 227 lbs) specimen. As an NHL rookie defenseman in 2009-10 Myers burst onto the scene and won the NHL’s Calder Memorial Trophy.  The Buffalo Sabres 2008 first round pick played all 82 games and produced 11 goals and 37 assists for 48 points and was a plus 13 plus/minus rating. He is a right-handed shot and skates well for his size.

Downside: In the 5 years since his rookie season, Myers has been unable to duplicate or build on the success he had in 2009-10. His presence in Dallas might further delay Jamie Oleksiak’s development. Myers sub par play was arguably a contributing factor in Lindy Ruff being fired by the Sabres in 2013. Playing in his home state could bring on added pressure. Myers cap hit is $5M for 2014-15 and 2015-16, followed by annual salaries of $4M, $3.5M and $3M.

Upside: Lindy Ruff and Stars assistant coach James Patrick also coached Myers during his outstanding rookie season with the Sabres. It usually takes a few years of NHL experience for towering NHL defenseman to reach their full potential. See Zdeno Chara and Victor Hedman. Some of Myers growing pains were due to his supporting cast.  The last few years have been some of the worst teams in Sabres history. Myers and Stars Captain Jamie Benn were teammates on a Kelowna Rockets club that went all the way to the Memorial Cup Finals in 2008-2009. Myers currently plays more PK minutes per game than any Stars defenseman and would give the Stars another PP option as well.

What would the Stars have to give up? Prospects and/or draft picks.

The 29-year-old Edmonton, Alberta native and Toronto Maple Leaf Captain is an experienced top pair defenseman. Phaneuf a left-handed shot, is 6’3 214 lbs, and offers both a physical and offensive presence. Rarely does a top pair defenseman become available during the season. However, the Leafs disappointing season should make them Sellers with Phaneuf being the kingpin.

Downside: He’s expensive. Phaneuf is in the 2nd year of a 7 year contract that pays an average of $7M per year. His contract would limit the Stars ability to make future moves. In an anonymous ESPN poll back in 2013, NHL players chose Phaneuf  as the league’s Most Overrated Player.  Therefore would Phaneuf fit in with the Stars current team chemistry?  He also turns 30 years old in April.

Upside: The Stars gain a legitimate top pair defenseman to anchor their blue line for the next few years. Being the current Leafs Captain, he may actually be “a good fit” in the locker room adding a veteran leadership presence to the Stars. His physical game would bring an edge that is lacking on the Stars defense. Phaneuf would eat up huge PK and PP minutes on Special Teams.  He has a heavy shot and above average skating ability.

What would the Stars have to give up? Some combination of NHL ready players, prospects and/or picks.

The 42-year-old legend is still producing above average offense. Jagr played a half season with the Stars in 2012-13 and scored 14 goals in 34 games. He could easily slide into the open wing spot on the Seguin- Benn line or he could help to solidify the Stars 2nd line. Jagr’s current team the New Jersey Devils, are well outside playoff contention and will be looking to move Jagr, who is on a one year contract. 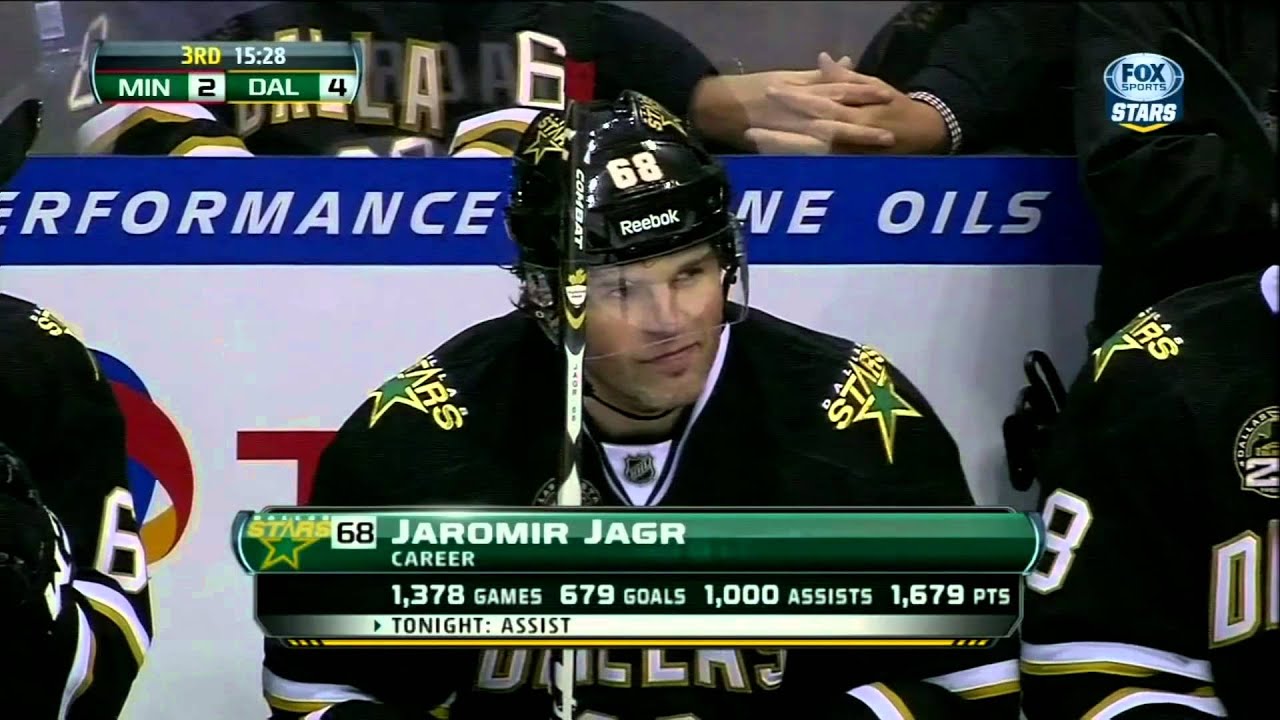 Downside: The ageless wonder could suddenly become old and injury prone. His ice time could take away minutes from developing young forwards such as Colton Sceviour and Brett Ritchie. His offensive style of play could influence teammates to be less responsible defensively.

Upside: He made a strong impression with Stars teammates during his short stay in 2012-13. His legendary work ethic would be a positive influence on teammates. He could improve the Stars often powerless PP. His offensive presence would create more time and space for Seguin, Benn, Spezza, etc. He is on a one year contract which is somewhat cap friendly at $3.5M considering he is 5th all time in NHL scoring with 1,780 points.

Per Elias Sports Bureau, Jaromir Jagr (42) is the oldest player in NHL history to net a hat trick. Gordie Howe was previous oldest at 41.

What would the Stars have to give up?  A prospect or pick.

Lastly, a couple of lower profile veteran stay-at-home defenseman who could also be on the Stars radar are former Stars Defenseman Nicklas Grossmann of the Philadelphia Flyers and Chris Phillips of the Ottawa Senators.

5 thoughts on “3 Potential Trade Targets for the Dallas Stars”