1. He Was Running a Broken System

It all started in last years playoffs. 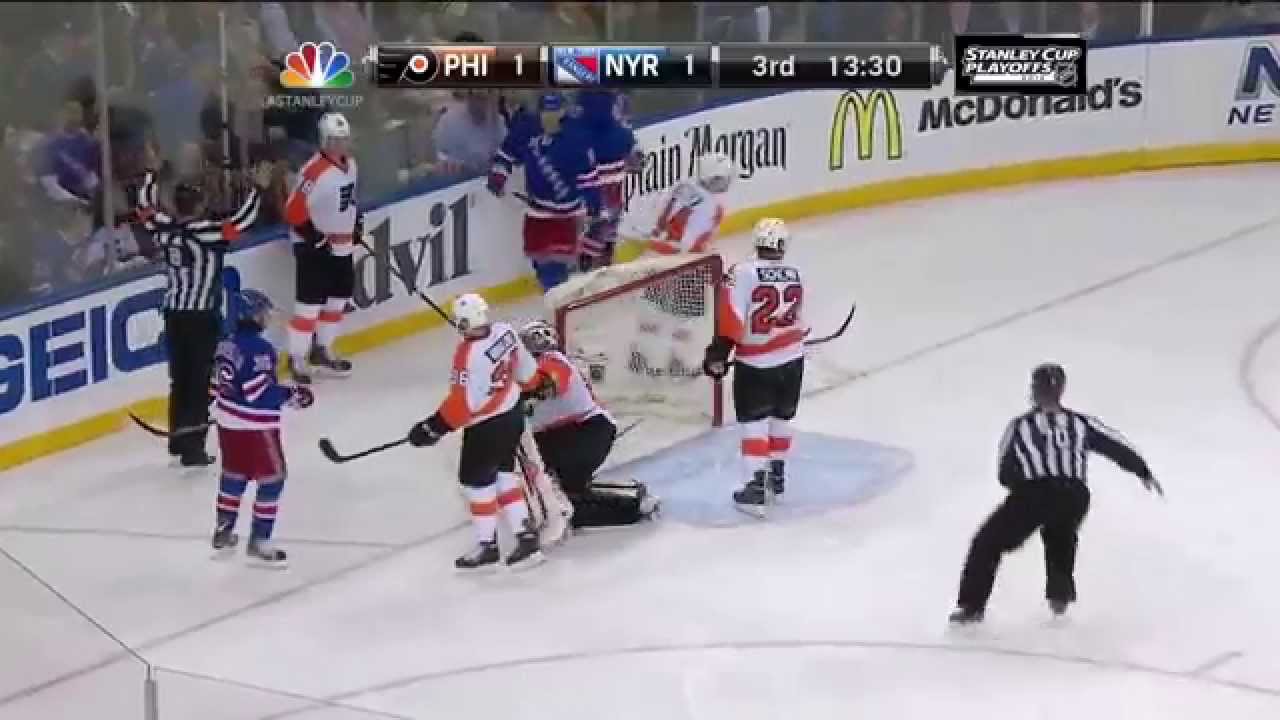 The Rangers exploited the Flyers’ weakness on the penalty kill. They hung a guy backdoor, and the Flyers failed nearly everytime. The goal above was just one of the many examples. The Flyers penalty kill was ranked 7th in the NHL last season. This season it fell to 27th. Keep in

mind, the Flyers had nearly the same group of guys on the ice killing penalties. The only difference? Berube likely had time to implement his system over the one that Peter Laviolette previously used. The Flyers penalty kill finished in the bottom half of the league just once under Laviolette. In Berube’s first full season, it fell to 27th.

Another gleaming problem was that the Flyers had no sense of organization in the defensive zone this season. They would get themselves pinned down in their defensive zones for extended periods of time. No one was ever in position. How many times did you find yourself watching a game, screaming at the TV, “Just get it out!” Also, keep in mind, the Flyers had the 8th worst Corsi % (47.6) in the NHL this season, and that number would have likely plummeted if you take away the first line.

How many times this season did you find yourself saying “Wow that goal looks familiar?”. My guess would be a lot. Because the broken system never changed.

2. Too Many Questionable Decisions

Why was Michael Del Zotto scratched for long periods of time? Why was Zac Rinaldo seeing more ice time than Wayne Simmonds? Why was Steve Mason being tortured? Even back to last year, why did Hal Gil play over a speedy Erik Gustafsson, in the playoffs? The list could go on and on.

Yes. There was a point in the season where this actually happened.

You have to also ask yourself why the lines were juggled almost every game. Aside from Claude Giroux and Jakub Voracek (who were even split for a short amount of time) none of the lines seemed to ever stay the same. How do you expect guys to build chemistry if they can’t play more than three games on a line together? You can’t. Zac Rinaldo should have never spent a second on the same line as Claude Giroux, let alone the second or third line. In fact, when you have Vincent Lecavalier watching from the press box, why was Zac Rinaldo playing at all. Just something else that made no sense.

Vinny Lecavalier made it very clear that he would not like to spend another season with Craig Berube as coach of this team. Those words coming from a seasoned veteran, had to tell you a lot about what was going on in the locker room.

Then, out of the blue, when asked about 22 year old Sean Couturier, the coach decided to compare him to 2 time Olympic Gold Medalist, 2 time Selke winner, and two time Stanley Cup Winner, Patrice Bergeron.

Couturier said he wanted to be given the chance at more offensive opportunities, and instead of embracing the challenge, Berube fired back as if it was a war. He was completely ignorant to the fact that Couturier starts more shifts in the defensive zone than anyone else in the NHL. He went as far as to say Couturier was making excuses. A 22-year old making excuses while playing alongside two of the worst possession

players in the game, who still managed to put up 40 points. Excuses. Right.

Then there’s the case of Steve Mason.

Mason lost one of the guys who helped turn his career around in Jeff Reese. Reese left the team out of the blue and neither side commented on why he left. That stirred up enough controversy. Furthermore, in a game against Calgary back in mid-March, Berube decided to pull Steve Mason after allowing 2 goals on 16 shots. It’d be hard to fault Mason for both goals, but after the game, Berube decided that pulling Mason wasn’t enough of an insult, so he decided to chip in his two cents, saying “He didn’t like the goals”.

It doesn’t end there, just as recently as last week, Steve Mason stepped up and said he would love to be a leader on this team, as if he hadn’t demonstrated that enough with his on-ice play. Berube once again decided to chime in.

Craig Berube on whether Steve Mason can be a voice of leadership in the room: “He’s got enough to worry about."

Unbelievable that a coach could turn a should towards players like that. It’s OK once in a while to call out players to try and light a fire, but there is a manner in which you have to do it. Berube failed miserably. Calling out Sean Couturier with no background to his argument, continually throwing the Flyers MVP and goalie under the bus, it all needed to end.

I don’t think anyone in this city ever envisioned a headline that said “Craig Berube Leads Flyers to Third Cup”. And for the sake of the Flyers youth and up and coming goalie, the right decision was made.