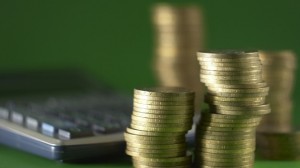 Past the halfway point of our season review, this is part 5, covering the money side of the roster. To catch up on any of the first 4 articles, here are the subjects with links:

The Roster and Salary Cap

Unlike the prior articles in this series, this one will not do much ‘review’. Instead, we take a snapshot view of the franchise at the moment and see where it might go, given the current contracts and the salary cap. Doug Wilson, should he remain as the Sharks General Manager, will have a good amount of salary cap space to utilize this offseason. The question is, will he use it? He had cap space this season and let it go unused. Back in December, the NHL projected a salary cap for the 2015/16 season at around $73 million, up about $4million from this year. This is the number we will use for this analysis, knowing that it could be very different when it is set.

Much of the roster is set for next season. Most players are under contracts that extend at least 1 more season. In terms of cap space, about $38million is committed to 13 players on the forward lines. Of that $38million, about 2/3 is committed to 4 players: Joe Pavelski, Joe Thornton, Patrick Marleau and Logan Couture. Another $14million is committed to 3 defensemen: Brent Burns, Justin Braun and Marc-Edouard Vlasic. Alex Stalock, at under $2million, is the only goaltender under contract for next season. About $1million is associated with carry backs from trades. Adding this together brings the committed total to roughly $55million.

Obviously, a roster needs more than 3 defensemen, 13 forwards and a back-up goalie. $18million is plenty of cap space to fill out the roster.

The are several Shark players with expiring contracts, but only one contract that is currently over $2.0million. No player with an expiring deal is likely to see a large deal next season if they stay with the Sharks. Most, possibly all, will see deals for under $2million per year, several could be under $1million.

Among the forwards, only John Scott and Bryan Lerg are unrestricted free agents (UFA). Melker Karlsson is a restricted free agent (RFA) and he will get a pay raise, adding somewhere in the vicinity of $1million per year to his rookie deal. On the blueline, the UFA’s are Matt Irwin, Scott Hannan, Taylor Fedun and Karl Stollery. Brenden Dillon, a restricted free agent, may get a decent raise, though his play did not scream ‘pay raise’.

There is only 1 major deal on the current roster set to expire and it isn’t that major. Antti Niemi and his $3.8million annual deal expires this offseason. The Sharks have rarely opted to go the expensive route for goalies and it is hard to imagine that will change next season. For starters, the free agent goalie market is pretty slim. Niemi currently projects to be the best free agent goalie assuming Minnesota retains Devan Dubnyk. Whether Niemi returns or not, it is unlikely that the Sharks will find a goalie they will pay significantly more than Niemi is getting now. Craig Anderson, who may have lost his starting job in Ottawa (to the insanely hot Andrew Hammond), might be an interesting candidate. Anderson’s current deal is slightly more the Niemi’s current deal and lasts 2 more years. It is unlikely Ottawa wants to pay slightly over $4million per year for a back-up goalie.

If the Sharks keep their currently signed core and re-sign most of the free agents that are currently within the organization, they are likely to have around $13million in cap space, prior to a decision on the goalie.

There is cap room to make more than 1 significant move this year. If the Sharks want to solve some blueline issues by signing both Christian Ehrhoff and Johnny Oduya, there can be cap space for that. Projecting out, the following year will see Mike Brown, Adam Burish and Raffi Torres come off the books.That is $5million of annual cap space that has not been productive — all for players that will be over 30. Two years out, deals end for Brent Burns, Joe Thornton and Patrick Marleau, with the latter 2 deep into their 30’s. The three combine for $19million of cap space, about 30% of the total cap for this year’s team. In that same timeframe, there are no current Shark players that project to have large raises. Based on the current roster, next offseason’s ‘biggest’ name to re-sign might be 4th line forward Ben Smith. Going forward, plenty of cap space appears to be available.

There are a few ‘move the needle players’ that may wind up on the trading block. Brent Burns’ name is likely at the top of that list. He was miscast as a defenseman. There are many teams that would gladly take Burns. He is has a rare combination of skills, plus his deal is very reasonable for a top winger. For now, Burns is the team’s highest paid defenseman at slightly under $6million per year. Brenden Dillon will be another strong trade candidate. His cap hit is far more modest at just over $1million this season. As a current RFA, he will probably earn closer to $2million for next year.

The Sharks have long been reluctant to buyout a player contract. Unless the Sharks want to push the cap, there is minimal value in doing that. Adam Burish would be the most likely buyout candidate. A buyout costs the team 2/3 of the cap space, spread out over twice the years remaining in the contract. In the case of Burish, it would mean his $1.85million contract for one more season would get bought out for $1.2million, with that cap hit spread out over 2 years.

If the Sharks feel a need to send a shock wave through the organization, Patrick Marleau’s name might come up for a contract buyout. His play fits the heading of ‘overpaid and underperformed’. The specifics of Marleau’s ‘no movement clause’ may exclude a buyout of his contract (note: buy-outs are ‘player friendly’ in that the player can make a lot more money). The detailed contractual terms are not released. If the contract leaves open a buyout option and management chooses to send that shock wave through the organization, it might then be easier to get Joe Thornton to waive his no movement clause. Given what happened over the past 12 months, I suspect this scenario is at least being considered. Thornton would garner a substantial return. If that door is opened, one suitor would be Anaheim. Assuming they don’t win the Cup this year, they would love to find a way to get him. They would need to pony up some quality youth and early draft picks to do that, exactly what the Sharks will want. Moving both Marleau (via buyout) and Thornton would open up $10million in cap space in each of the next two years.

If the team went down that path, what many thought Wilson was trying to do last season — pushing out Marleau and Thornton — could be accomplished this offseason. It would come at a very high price. It is also one of the few paths open to this team if they wish to go into a full rebuild mode.

The Sharks could also be looking for another trade that fits the mold of the trades that brought Thornton and Burns to San Jose. Trade for an elite-level player who is out of favor with their current team (possibly due to cap constraints), with the Sharks parting with less costly players to make that happen. The Sharks may be retaining cap space to pursue that sort of deal. Quality players that were traded in recent years for relatively modest returns include Tyler Seguin, Johnny Boychuk and Nick Leddy. Cap space was an issue in all 3 deals.

It is possible to get into a situation where cap space manages the team and not the other way around. The Sharks do not have this issue. Cap space appears to be an opportunity. Not only for this coming year, but into the foreseeable future. The question is: when will the Sharks start to use the cap space available? That decision will be made by ownership. It did not happen this past season. Barring a major trade, I expect the Sharks to spend well short of the cap in this upcoming year as well.