When the 2015-16 NHL season begins, the Colorado Avalanche cannot stumble out the gates as they did last year. Colorado will have to get off to a good start right away, and in order for that to happen, they need their top players on top of their games.

These five players will be crucial for the Avalanche to enjoy any success this year.

Matt Duchene has a bit of a track record for starting off slow. He’ll need to change that starting this season. When Duchene is going, usually so is the team. He is an integral part of their present and future, and still has potential to take the next step to becoming a true superstar.

With the departure of Paul Stastny and the Ryan O’Reilly trade, Duchene will be counted on more than ever to be the team’s number one face-off man. Thankfully Duchene has improved greatly in this area over the years.

Duchene was one of Canada’s top centers in the face-off dot(overall production too) at the IIHF tournament in Prague, proving he is still getting better and is more than capable of taking on that responsibility in Colorado.

Dutchy will be counted on in all areas of the ice and in all situations, he must be ready to take that next step and establish himself as a real force in the league. Now is his time to shine for the team he grew up cheering for.

Colorado’s number one overall pick in 2013, Nathan MacKinnon bursted onto the scene capturing the Calder Trophy for best rookie as an 18-year-old. His second season was not as satisfying, falling victim to the “Sophomore Slump”. He did suffer a foot injury towards the end of the year when he was red-hot, but recovered after the season and preformed very well at the IIHF tournament with Canada, capturing gold along with teammates Duchene and Barrie.

One question will be what position will MacKinnon be playing? Either center or wing, he still needs to continue his growth as a player on and off the ice, being so young with tons of expectations can be daunting, but MacKinnon has been dealing with that his whole life, he should be fine. If MacKinnon turns his game up a notch this season, the Avalanche will be in great hands, and so will their playoff hopes.

Having Duchene and MacKinnon both playing at the top of their games is something that will have Colorado Avalanche fans salivating at the mouth. They are both key in driving the Avs offense for the foreseeable future, not just this season.

Since Erik Johnson was acquired from the St.Louis Blues in a blockbuster deal, he has steadily increased his play in all areas. Johnson has become a top pairing defenseman in the league, which earned him his first All-Star Game invitation, though he sadly missed it due to injury. I have a feeling that won’t be the last chance he gets however. 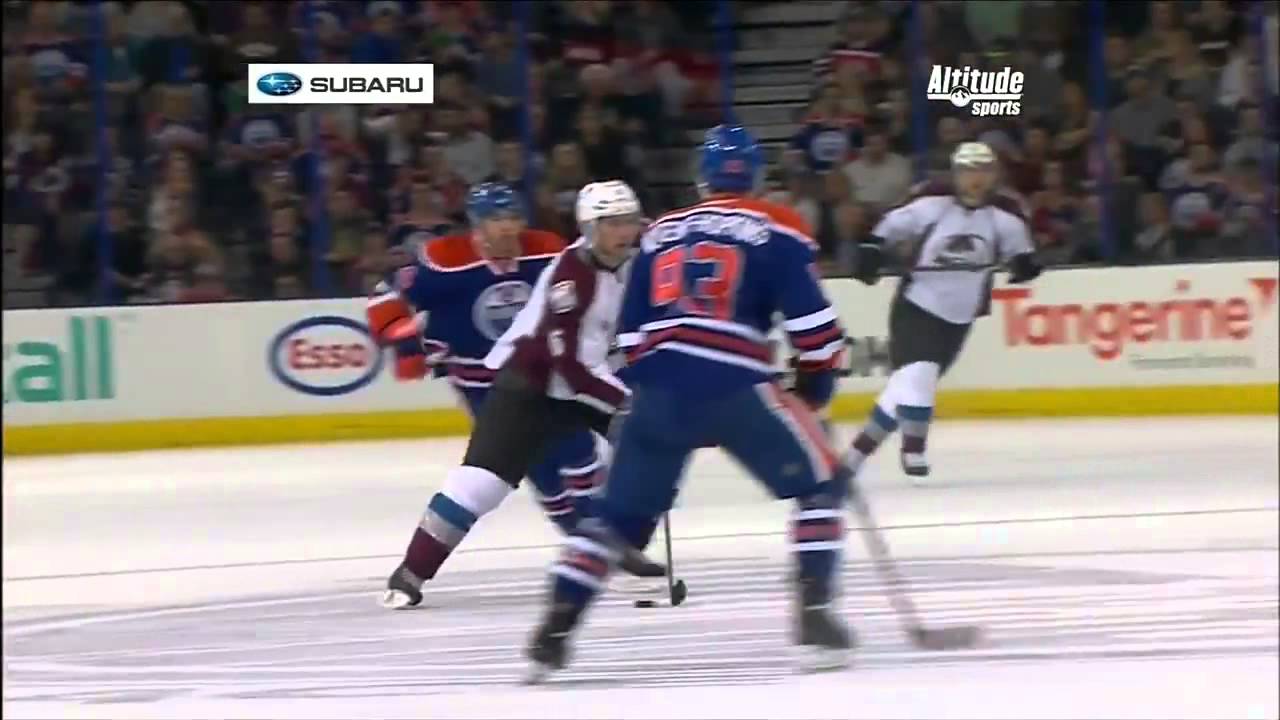 Capable on both sides of the puck, Erik Johnson is just a beast. Another first overall draft pick, EJ has elevated his hockey since arriving in Colorado and is now the backbone of the Avs defense. Johnson was amongst the leagues best defenseman in point production until his injury took him out.

This season he will be looking to suit up for all 82 games, or close to it. The Avalanche need Johnson to continue his great form for them to enjoy success. People doubted that he could become a top pairing defender, Johnson will have to keep doing the same things to continue proving them wrong.

Tyson Barrie is one of the most underrated players in the NHL, but not for long. One of the league’s best offensive defenseman last year, Barrie will need to do that again to prove himself to be what most Avalanche fans already know he is.

Super smooth in the way he goes about his business on the ice, Barrie has cemented himself amongst Colorado’s young core. Barrie also has a knack for scoring timely, clutch goals, which shows you just how much poise he has for a kid in the NHL.

With a 53 point season last year, it’s not out of the question for Barrie to keep that pace and even improve on it. He’s at that level of elite offensive defenseman, and is a big reason why he is so important to the team.

Everyone has seen what Semyon Varlamov has done in his time with the Avalanche. He has proved all the doubters wrong by solidifying himself as one of the league’s best goaltenders, period.

Varlamov came very close to winning the Vezina Trophy two seasons ago, he’s a top goalie capable of stealing games for his team. With an improved defense around him which should improve his confidence even more, Varlamov will be pumped up coming into this new season.

If the Avalanche make it into the playoffs, Varly will no doubt be a big reason why.

You may be wondering why the captain Gabe Landeskog isn’t on my list of key players for Colorado this year. The reason is very simple, Landeskog will have no problem doing what he does, pretty much what he’s always done, and that’s preforming at the top of his game very consistently. I expect him to have a career year, he is just one of those guys that I feel you don’t need to worry about as much.

Coming up I’ll have a list of five x-factors for this year’s Colorado Avalanche as well.