20 years ago today, on February 1st, 1993, Gary Bettman was named the commissioner of the National Hockey League. However, after yesterday’s announcement by Greg Jamison, a close friend of Gary, that he failed to purchase the Phoenix Coyotes by the January 31st deadline imposed by the City of Glendale, Gary is certainly not in the mood to celebrate.

The sweetheart arena management fee (AMF) ratified with Glendale’s former council became void at midnight on Thursday and will not be honored by new Mayor Jerry Weiers. The mayor repeatedly mentioned this past week that he will not negotiate any more with Jamison on the same terms and that a deal would have to be much more beneficial to Glendale.

“If we can keep the Coyotes here and have a successful team and have people spending money, certainly I’d want that, but not with the deal that was made with the previous council,” Weiers said to Paul Giblin.

“We will not be able to complete our purchase of the Phoenix Coyotes today in time to meet our deadline with the city of Glendale. However, our journey to purchase the Coyotes will continue. We realize this will require additional conversations with the city of Glendale and the NHL. We still believe we can reach an agreement that satisfies everyone. We hope negotiations with the city proceed as smoothly as possible, as everyone involved wants the Coyotes to remain in Arizona.

“To the Arizona’s sports and hockey fans, and the City of Glendale, we appreciate your patience and diligence. We wish everything was completed today as we worked extremely hard on the deal. However, we have taken significant steps to keep the Coyotes in Glendale for the long-term. I’ve seen first-hand the wonderful support Arizona hockey fans have provided the Coyotes and we will continue our efforts to keep the NHL in Arizona.”

While there have been reports that Jamison will continue to try to conclude a deal to make the purchase of the Coyotes happen, it is hard to believe he will be able to get a better deal from the City of Glendale, especially with a new anti-Coyotes council in place. As for the rumors of a new deep-pocketed investor, I don’t believe it one second. This is purely a “smokes and mirrors” plot devised by the NHL to keep Coyotes fans interested and hopeful that a new potential owner will appear out of nowhere to buy the team and keep the Coyotes in the desert of Arizona.

This situation is eerily similar to that of “The Balkan“, a mysterious investor that suddenly appeared in Atlanta weeks before the Thrashers were sold to TSNE and moved to Winnipeg to become the Jets. There is a lot of speculation in the social media that this could very well be a tactic by the NHL to postpone the official announcement of a relocation to another hockey market.

As always, NHL Deputy Commissioner Bill Daly was very vague in his statement on the Coyotes’ ownership:

“We remain hopeful the Coyotes sale process will be resolved successfully and we will continue to work with the City of Glendale to move the process forward.”

The NHL will continue to operate the franchise in the desert at Jobing.com for the remainder of the shortened season without any help from the City of Glendale and all the losses sustained by the NHL-owned and -operated team will be paid by the league and the other 29 teams. When the Coyotes are eliminated from the playoffs, expect a quick decision about the future of the franchise, whether the team is kept in Phoenix, folded or relocated.

Following the execution of the latest CBA, is it highly improbable that the NHLPA would accept the disbandment of an NHL franchise as this would mean an odd number of teams and the loss of 23 jobs. Still, as a well-connected source told me: “Don’t be surprised if the NHL decides to fold the Coyotes, only to expand by three teams to Seattle, Markham and Quebec City in 2015 or 2016.” This scenario is quite plausible because of the fact that none of these markets have a new arena ready and that expansion teams would bring in much more money into the league’s coffers than a relocated franchise. The price of a expansion team is reportedly around $300 million, while a relocation would only bring around $170 million to the league.

The NHL could also be lucky and find a wealthy billionaire willing to lose millions of dollars every year in a market that is consistently last in attendance and where the average price per ticket is near the bottom of the league. That deep-pocketed investor would also have to “survive” without the very generous AMF that was given by Glendale to Greg Jamison at the tone of $15 million/year over a period of over 20 years.

Bring the Nordiques back!

The last option for Gary Bettman and the NHL would be to relocate the Coyotes to another market starving for hockey, whether it is Quebec City, Seattle, Markham or Hamilton. However, let’s concentrate on Quebec City, as it is the only city ready to welcome an NHL franchise at the moment. Last September, the construction of a new state-of-the-art arena that will open its doors in September 2015, began. In the meantime, should the Coyotes be moved to Quebec City after the current season, the Old Colisée, which has seating capacity of a little over 15,000 places, could easily welcome an NHL team for two seasons. The Quebec Remparts are currently playing their homes games there and draw an average of 10,000 fans every game. 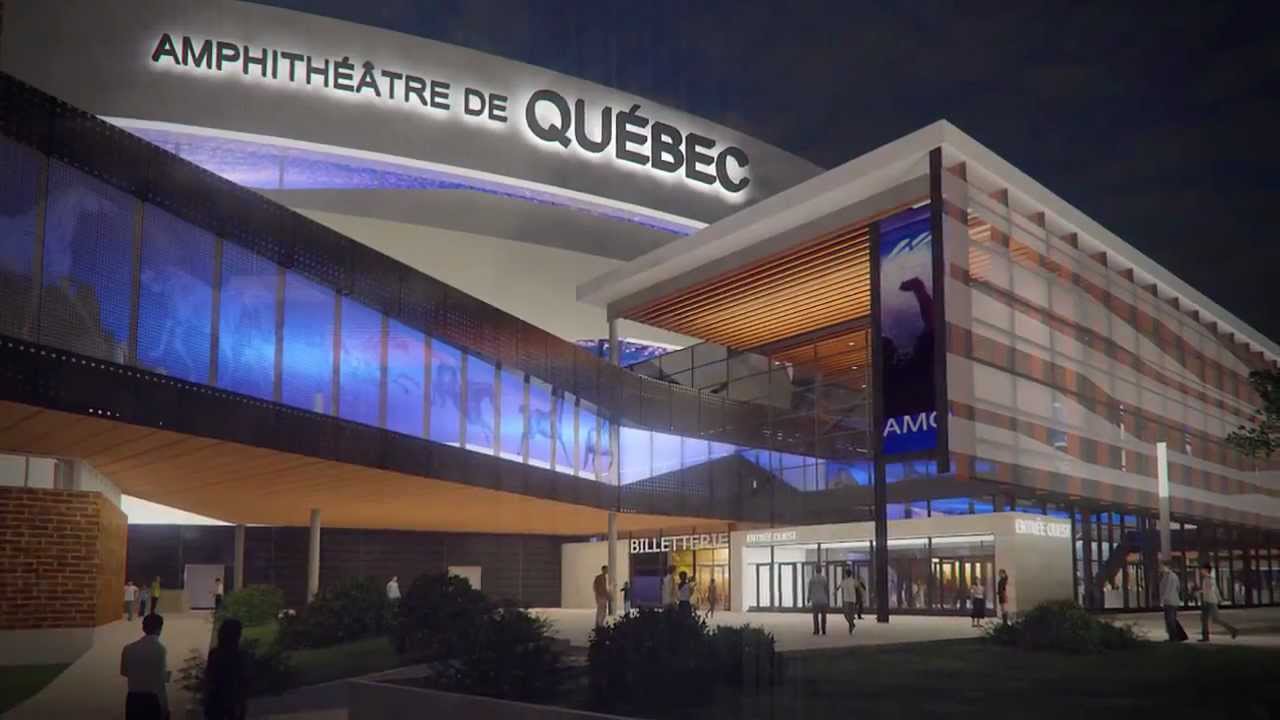 The $400 million arena will occupy approximately 64,000 square metres of space and have a capacity of 18,000 seats, including a television studio for Quebecor Media, the arena manager. Pierre-Karl Peladeau, owner of Quebecor Media, expressed on more than one occasion his desire to own an NHL franchise, especially after failing to purchase the Montreal Canadiens back in 2009. TVA Sports, Quebecor’s French sports network was created with the intention of broadcasting the games of an NHL franchise.

Do you think the Nordiques will be back soon, whether it’s via relocation or expansion?