With around 20 games left on the schedule for most teams in the American Hockey League, the season is winding down in of the top developmental hockey leagues in the world. A few Calder Cup contenders have emerged and you can find most of them in the top ten of this week’s AHL Power Rankings. Look for your favorite team below.

Sitting atop the Eastern Conference, life is good for the Monarchs. They enter this week on a seven game point streak (6-0-0-1) and have just six regulation losses at home this season. 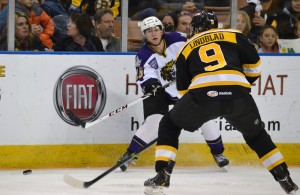 Manchester Monarchs RW Brandon Kozun makes a pass back to the point in a game this past weekend against Providence. (Josh Weinreb Photo)

My favorite for the Western Conference this season, Dallas’ AHL affiliate continues to play strong with their high octane offense. Travis Morin continues to lead the league in scoring with 70 points on the season.

Ottawa’s AHL affiliate is an extremely strong contender to go far in June and is playing like one right now. They have a six point lead in the East Division and are 6-3-1-0 in their last ten contests.

Toronto, like Binghamton, has an edge in their division, leading Rochester in the North Division by five points with 26 games left on the docket. They enter this week on a three game winning streak.

Calgary’s AHL affiliate has a few promising prospects to bring the best out of their team. The Heat’s Markus Granlund is 15th in scoring with 44 points on the season. 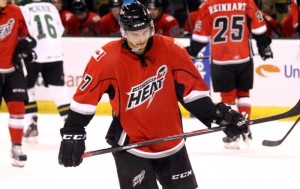 Last year’s Calder Cup champions are also still contenders, even though they’ve lost a few players to Detroit this season. Goalie Petr Mrazek if fifth in goals against average, allowing 2.21 goals per game.

Heading into this week’s action with two extremely winnable games ahead, Chicago is on a roll. They’re 7-1-2-0 over their last ten games and enter this week on a two game winning streak.

After being the top team in the Eastern Conference for a large portion of the season, the Falcons have taken second fiddle to Manchester. Their home record has subsided to 18-10-0-2 and they’re currently on a two game losing skid.

Upcoming Schedule: March 1st vs. Providence and 2nd at Worcester

Net minder Keith Kinkaid has been the force behind a reviving Albany Devils’ squad. They’ve won three straight games and have a 5-3-0-2 record over their past ten contests. Forward Joe Whitney is 17th in AHL scoring with 43 points on the campaign. 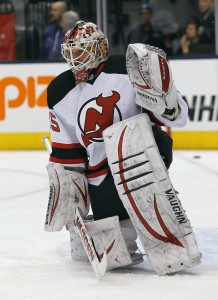 Upcoming Schedule: March 1st vs. Wilkes-Barre/Scranton and 2nd at Providence

The IceHogs are a very strong club and might be the hottest team in the AHL at the moment. They’re on a nine game point streak (8-0-0-1) and have just one regulation loss over their past ten games.

Winnipeg’s AHL affiliate has been consistent for the majority of the season, leading to their rise up the standings. Kael Mouillierat is 14th in AHL scoring with 45 points to this point in the season.

Led by their defense and goaltending, the Bruins are climbing to where many envisioned them going this year, the playoffs. Enforcer Bobby Robins is second in the league with 20 major penalties this season.

Even with the loss of their starting goalie to the next team on our Power Rankings, the Americans have been strong unlike their parent club in the NHL. They enter this week on a four game point streak (3-0-0-1).

After a strong past couple of weeks, Washington’s AHL affiliate hit a few bumps this weekend. They were swept by Syracuse in a two game set, being outscored by Tampa Bay’s AHL affiliate 10-2. 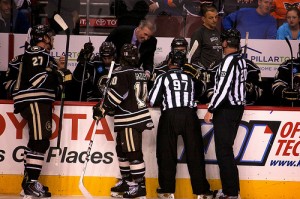 #AHL announces 2-game suspension for Brandon Segal, from a boarding incident from Saturday.

John Gibson has solidified himself as a top echelon goalie in the AHL and potentially for the years to come in the NHL as the Admirals continue to compete in the talented East Division. Watch out for this physical Norfolk club come playoff time.

After appearing to be out of the playoff picture, the Sound Tigers have ripped off six straight wins to pull within nine points of a playoff spot. Bridgeport forward Anders Lee is fifth in AHL scoring with 41 points in 54 games.

After being swept in a two game set by the Hershey Bears, the Penguins’ AHL affiliate has not yet rebounded. They face the Bears once again and the improving Devils this week, looking for their first win in seven games. They’re 0-3-2-1 in their last six games.

Although currently at the .500 mark, the Rampage sit just four points out of the playoffs with over 20 games left on their schedule. They’ve gone 6-2-1-1 in their past ten contests.

Edmonton’s AHL affiliate hasn’t had a strong year by any means, but still has an outside chance at playing in the Calder Cup playoffs. They’re 7-2-0-1 in their last ten games and trail a playoff spot by five points and San Antonio by just one standings point.

Playing in arguably the best division in the AHL, call ups to the Tampa Bay Lightning have had an adverse effect on the Crunch. However, they picked up two big wins over the Hershey Bears this weekend, with their latest victory coming at Verizon Center in Washington D.C. 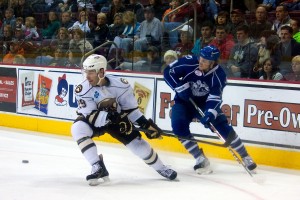 Although they’ve been outscored by 18 goals this season, Minnesota’s AHL affiliate is two games over .500 with 24 matchups left on the docket. Defenseman Brian Connelly is 10th in scoring for blue liners, with 32 points in 49 games.

Upcoming Schedule: February 25th and 27th vs. Rochester and March 2nd at Chicago

After getting smoked by Hershey at home earlier this season, the Checkers have a shot at redemption this weekend against the Bears at Giant Center. Aaron Palushaj is 16th in AHL scoring with 44 points on the campaign.

The Bulldogs are another Western Conference bottom dweller, but still only trails a playoff spot by seven points. Their matchup against the Marlies on Saturday will be a big challenge for Hamilton.

The Admirals currently sit eighth in the Western Conference, but have struggled of late. They face a tough team in Grand Rapids this week and have zero regulation wins in their last four games (0-3-0-1).

The Rangers’ AHL affiliate has struggled all year, but they’ve been playing better of late. They have the lowest winning percentage in the league (.442), but enter this week following a win last weekend. 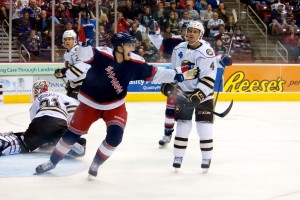 Colorado’s AHL affiliate sits last in the Western Conference with 49 points on the season and faces tough matchups against the Stars and Marlies this week. They’re on a three game point streak (2-0-0-1) with a four game week ahead.

Upcoming Schedule: February 25th and 26th vs. Texas, 28th at Hamilton and March 2nd at Toronto

San Jose’s AHL affiliate is one of the coldest teams in the AHL, entering this week’s schedule of three games on a six game losing streak. They have just three wins in their last ten games (3-7).

Sitting five games under .500, Phoenix’s AHL affiliate is 14th in the Eastern Conference and enter this week on a three game losing streak. Defenseman Brandon Gormley has been a bright spot for the anemic Pirates.