With about two months in the books, The Hockey Writers continues with their weekly Power Rankings of the American Hockey League. The rankings are led by a trio of teams (Springfield, Grand Rapids, and Manchester). See where your favorite team ranks below.

The Falcons have the lowest amount of regulation losses in the American Hockey League and continue to play well, recording points in eight straight games (7-0-1-0). They’ve outscored their opponents by 17 goals this season.

Upcoming Schedule: December 4th at Albany, 7th vs. Hartford and 8th at Hartford

Last year’s Calder Cup Champions continue to play well, even while losing reinforcements to the Detroit Red Wings. They’re 7-2-1-0 in their last ten games and have outscored their opponent by 30 goals.

L.A.’s AHL affiliate has suffered only one regulation loss at home (8-1-1-0) this season as they currently lead the Eastern Conference in points. Forward Jordan Weal is tied for 12th in AHL scoring with 21 points this season.

Upcoming Schedule: December 6th at Providence, 7th at Portland and 8th vs. Worcester

The Heat have been paced by their power play, second in the AHL at 23.9%. They’re currently first in the Western Conference standings, ahead of Grand Rapids by four points, but have played four games than the Griffins.

Although they lost in overtime this weekend in Hershey, the Penguins are a team to watch. They’re in contention for the AHL East Division crown and recently signed former Bears forward Mike Carman to an AHL contract. He was an a PTO prior to his new deal with the club.

Ottawa’s AHL affiliate faces a big test in the coming games, losing forward Mike Hoffman due to his recall to the NHL. Hoffman was second in AHL scoring with 26 points in 21 games.

Upcoming Schedule: December 6th vs. Hershey and 7th vs. Albany

The Marlies enter this week on a three game win streak and third in the Western Conference. They could stretch their point streak to five games with wins against some average teams by the end of this weekend.

The Bruins appear to be coming around defensively and through their goaltending. Bobby Robins has contributed three goals along with his play physical and Boston Bruins forward prospect Ryan Spooner continues to pace Providence offensively. 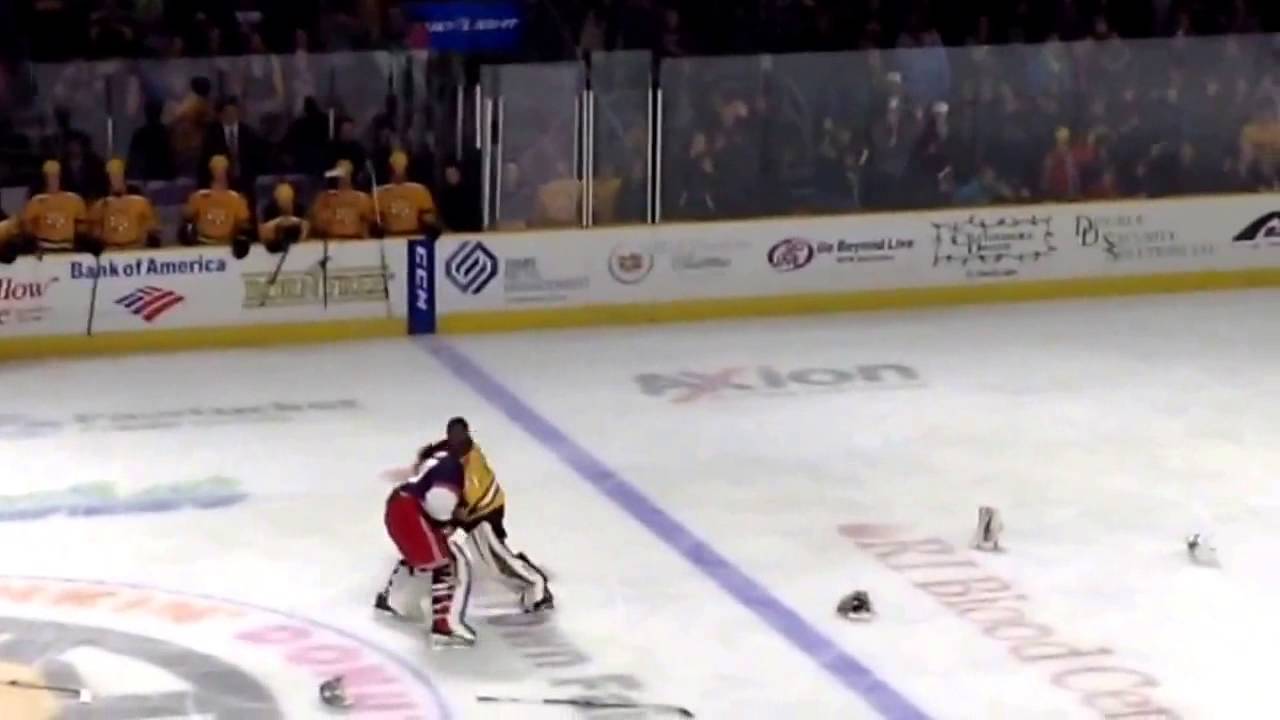 Upcoming Schedule: December 6th vs. Manchester, 7th at Worcester and 8th vs. Portland

Only playing 20 games, the Admirals have been solid throughout this season and enter this week following a win. They’ve outscored their opponents by seven goals in the third period this year.

A talented group of forwards have paced the Crunch this season, who currently hold the eighth seed in the Eastern Conference. Vladislav Namestnikov leads all active skaters on their roster with 21 points in 16 games.

After a very tough season last year, the Devils are in the running for a postseason appearance. Keith Kinkaid (7-3-1) has been strong in net, posting a 2.15 goals against average and .912 save percentage.

Upcoming Schedule: December 4th vs. Springfield and 7th at Binghamton

Center Travis Morin continues to dominate the league offensively, recording 29 points in only 19 games. However, the Stars have lost two straight games entering  a Tuesday matchup with the Barons.

John Gibson and Frederik Andersen are two talented goalies that Norfolk hopes can lead them to an East Division title. The Admirals are 3-6-0-1 in their last ten games.

Expected to be a Calder Cup contender, Chicago is turning their season around. They’re 6-3-0-1 in their last ten games, led by their penalty kill, ranked fourth in the AHL (88.1%).

Led by a 3-0 record in overtime games, the Bulldogs are in the playoff hunt in the Western Conference. They’ve been outscored in the second period 18-27.

In the process of numerous roster moves, Rochester is contending for a playoff spot. Center Phil Varone leads the team with 21 points in 21 games, including a team high 16 assists.

Although they’ve lost forward Michael Raffl to the Philadelphia Flyers, Adirondack’s goaltending has carried the weight. Cal Heeter is 4-3-2 with a 2.58 goals against average and .916 save percentage.

Colorado’s AHL affiliate enters this week with a two game losing streak and face a tough matchup at home against the Marlies this week. Winger Bryan Lerg leads them with 18 points in 20 games.

Upcoming Schedule: December 5th vs. Toronto, 6th vs. Hamilton and 8th at Hamilton

Although at .500, the Rampage have been playing better of late, going 6-4 in their last ten games. Rookie forward Vincent Trocheck has 18 points in 21 games to lead San Antonio offensively.

They’ve played an Eastern Conference low 17 games and have won three straight games leading to a winnable contest against the Pirates this weekend. They haven’t lost a game in overtime or a shootout yet (4-0).

Upcoming Schedule: December 6th vs. Portland, 7th vs. Providence and 8th at Manchester

The Chocolate and White picked up three out of a possible four points this weekend as they finished up a five game home stand. They lost goaltender Philipp Gruauber and defenseman Dmitry Orlov last week due to their call ups to the NHL.

Upcoming Schedule: December 6th at Binghamton and 7th at Bridgeport

The Barons head into this week on a two game point streak in hopes of climbing up the Western Conference standings. They’ve been outscored by eight goals this season.

Although they currently sit sixth in the Western Conference standings, the IceHogs haven’t played very well at all, even with a one game winning streak. They’ve been outscored by 15 goals this season (69-84).

Rookie forward Danny Kristo (17 points) continues to lead the slumping Wolf Pack, who are 2-8 in their last ten games. They received forward J.T. Miller on assignment from the New York Rangers last week, the young prospect has five goals in six games in the AHL this season.

Upcoming Schedule: December 6th at Adirondack, 7th at Springfield and 8th vs. Springfield

Coming into this week the Pirates have lost three straight games and face tough games against the Bruins and Monarchs this weekend.

Upcoming Schedule: December 6th at Worcester, 7th vs. Manchester and 8th at Providence

The Sound Tigers sit dead last in the Eastern Conference, with only a .400 winning percentage. Rookie forward Ryan Strome recently won AHL player of the week.

Upcoming Schedule: December 4th at Adirondack, 6th at Utica and 7th vs. Hershey

Like Hartford, the Wild continue to struggle, also 2-8 in their last ten games. They haven’t yet won a game when trailing after the first (0-7) or second period (0-8).

After a terrible start, the Comets are showing small signs of resiliency. They enter this week on a two game winning streak and have won six of their last ten games. However, they’re 0-10 when trailing after two periods.

Upcoming Schedule: December 4th at Rochester, 6th vs. Bridgeport and 7th at Adirondack

Charlotte’s 2-8 in their last ten games like a few teams listed above and have been terrible since their home drubbings against the Hershey Bears. They have a 5-7 record when outshooting the opponent.