Just over a year after unceremoniously parting ways with the face of their franchise, the Arizona Coyotes will be making things right with Shane Doan once again. The club announced on Wednesday afternoon that Doan’s No. 19 will be retired on the night of Feb. 24, 2019, when the ‘Yotes will take on the Winnipeg Jets at Gila River Arena.

The news that Doan’s jersey will be raised to the rafters of Gila River Arena comes as no surprise — ‘Captain Coyote’ is the franchise’s leader in goals, assists, points, games played and nearly every other meaningful statistic, too. He’s a larger-than-life figure in Arizona, and, as one of the best on and off-ice leaders this game has ever known, is a borderline candidate for induction into the Hockey Hall of Fame as well.

This day was going to come eventually.

It’s surprising that it’s happening so soon, though, and is a testament to Doan’s character. He easily could have held a grudge against owner Andrew Barroway after how his career in Arizona came to an end. Following 20-plus years in the Valley of the Sun, Doan was essentially fired over breakfast at a cafe in June 2017. It would be completely understandable if Doan wanted to continue his career elsewhere just to stick it to the Coyotes, who told the veteran that he was no longer good enough to play for the only team he’s ever known.

However, as he did for all of his career, Doan took the high road, choosing instead to retire from the NHL despite having offers on the table from other teams in the league. That’s just how Shane Doan operates, and is why he’s a revered figure in Arizona.

A Night for Captain Coyote

The night of Feb. 24, 2019 should be an emotional one in Glendale, since both Coyotes fans and Doan missed out on the final sendoff that many legends receive following their final home game. We’ve all seen these moments before, but the one that comes to mind first is Teemu Selanne’s regular season home finale in Anaheim on Apr. 13, 2014.

That night, after Anaheim’s 3-2 victory over the Colorado Avalanche, Selanne was named as the game’s first, second, and third stars, and received a lengthy standing ovation from the crowd following the completion of the contest. He even took then-Avs goaltender Jean-Sebastien Giguere, another Ducks legend, on one last skate around the ice at the Honda Center: 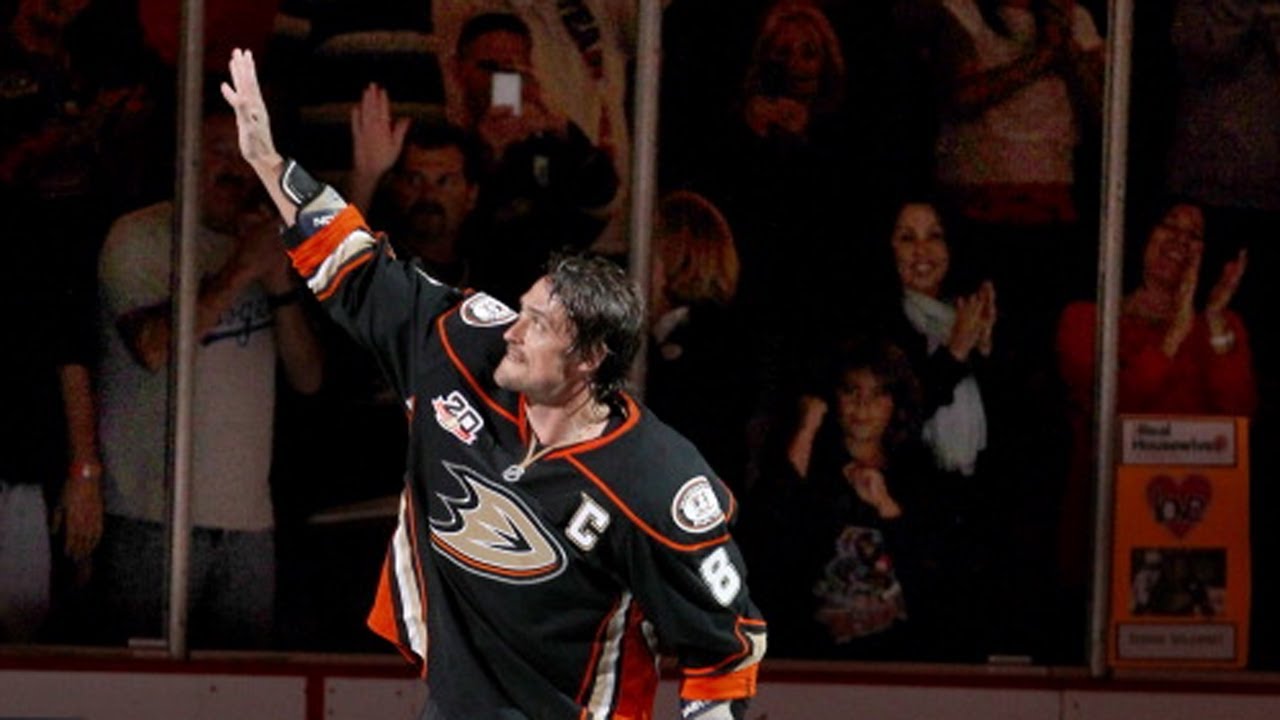 Is someone chopping onions in here?

At any rate, a moment like that is one that both Doan and the Coyotes’ faithful should have been able to enjoy. Captain Coyote had stated that he wanted to return for the 2017-18 campaign when he played his final home game on Apr. 7, 2017, and most assumed that he’d be back for one last season. However, the Coyotes’ front office had other ideas and chose to part ways with the only legend the franchise has ever known since it moved to Phoenix.

Doan is beloved in Arizona — he’s been a pillar of the community since he arrived with the team in 1996, was instrumental in ending the 2013 lockout, and was the only constant during the Coyotes’ tumultuous years of bankruptcy and league ownership. It’s impossible to sum up into words what he means to both the league and the ‘Yotes franchise.

Doan Alone in the Rafters

When Doan’s jersey is retired in February, he’ll become the first and only Coyote to have his number retired by the team.

Sure, there are other numbers on display at Gila River Arena, but they aren’t officially retired. Bobby Hull (9), Thomas Steen (25), Dale Hawerchuk (10), Teppo Numminen (27), Keith Tkachuk (7), and Jeremy Roenick (97) are all in the Coyotes’ Ring of Honor, but their numbers are still in circulation. Clayton Keller currently wears Hull’s No. 9, while Nick Cousins wears Steen’s No. 25. Anthony Duclair also wore Hawerchuk’s No. 10 during his time in the desert.

Being the first player to have their number retired by their franchise is an exclusive honor, and is one that Shane Doan deserves after dedicating his career to the Coyotes. Here’s hoping the team makes it a night to remember for everyone in the building, Doan included. It’s the least they can do after dropping the ball last summer.