OVERTIME after OVERTIME. GOAL after GOAL. EXCITEMENT on top of EXCITEMENT. And don’t forget the COMEBACKS. Only Way I can try to put into worlds what took place in the few BIG TEN games that took place this weekend. Great rivalry match-ups, Ohio State visited Penn State, while Minnesota hosted Michigan. And a legendary coach reaches a Milestone.

I was really looking forward to watching Penn State for the first time this year when they came to Pittsburgh for the Three Rivers Classic. They were ranked for the first time. They were atop the conference, and they were at the top of their game… Or so it seemed. Saying the Nittany Lions were underwhelming in Pittsburgh, would be an understatement. Losing to both Robert Morris and Western Michigan without really pressing either team too much down the stretch. And I’m all but positive every member of the team and staff would agree with me. So I was interested to see how they would bounce back in a big conference tilt against an Ohio State team who has been solid on the road this season.

It seemed like Penn State was still on the slide for the vast majority of the game. Going down 4 goals to none to the Buckeyes, with around 17 minutes to go in the 3rd.

The OSU 3rd line of Luke Stork, Christian Lampasso and Nick Oddo, really came to play for the Buckeyes on Friday night. Combining for seven points between them, and scoring three of OSU’s five goals. Lamposso’s 3-point night ties him for the Ohio State lead in assists with 9, and he is currently riding a five-game point streak.

Up 4-0 on Penn State, at Penn State, with the Nittany Lions out shooting the Buckeyes by a large margin, it still appeared like Ohio State would coast to an easy victory.

But all of a sudden, the Penn State team that I was waiting to see, arrived. Casey Bailey got on the board on a rebound to get Penn State on the board with around 13 minutes left. Just over a minute later, Bailey brought PSU within two on a deflected shot of the rush. And now we had a game.

Penn state was buzzing. And was able to cash in with under six minutes to play on David Goodwin’s 7th of the year. Play continues, and PSU had a chance to tie the game up with under a minute to play with the goalie pulled.

And who came through for the Nittany Lions? Johnny-on-the-Spot Casey Bailey. Sneaking in from the left-hand circle and one-timing a loose puck from the face-off dot that beat OSU netmunder Christian Frey. Junior forward, Bailey, had a HAT-TRICK in the last 13 minutes of the 3rd period to help PSU get to overtime. His three goals brings him up to 14 on the year, which puts him in a tie for the lead in goals in Division I.

But the comeback was not to be. Buckeye junior, Anthony Greco picked up a puck in the neutral zone, after a controversial hook, and skated in on a break away, and roofed one under the bar to give OSU the 5-4 overtime victory. Greco’s goal gives him nine on the year, it was his third game-winner, and second OT tally this season. 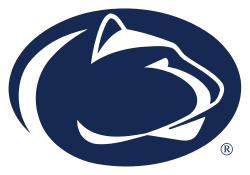 Penn State and Ohio State played a balanced affair on Saturday afternoon. Getting 35 and 31 shots to the net respectively. One notable component, PSU finished. Scoring on 4 of their 31 shots in the game.

Junior Eric Scheid notched two goals for the Nittany Lions, netting his eighth and ninth goals of the season, and one assist, giving him 12 assists on the year. Freshman Scott Conway’s two assists bring him up to double digits on points for the year.

Penn State won by a score of 4-1 on Saturday

Minnesota got on the board in the 1st period, on Connor Reilly’s 9th of the year off a rebound. Giving the gophers a 1-0 lead after the 1st.

In the 2nd, Michigan bounced back when Zach Hyman scored on a break away after a nice feed from Cutler Martin. Hyman’s 10th of the year is good for the Michigan lead in goals.

But again, the 3rd is where the action was at. Four goals in under six minutes. After Michigan took the lead 2-1. Minnesota took advantage of a 5-minute powerplay, scoring twice. Justin Kloos put home his 8th of the year, and Travis Boyd gave Minnesota the lead on a one-timer from the near side circle. Then, Michigan’s Hyman than set up Justin Selman for his 1st of the year, on a tremendous pass while falling down on the rush.

In OT, Michigan native Cutler Martin notched his second point of the game when the puck bounced out to the point, and he blasted one home through traffic and below the glove of Gopher goaltender Adam Wilcox to give the Wolverines the 4-3 win.

Minnesota senior Seth Ambroz was one of two Gopher players to earn more than one point in Saturday’s defeat. Ambroz tallied a goal and two assists bringing his season totals up to 10 this season. The other was Travis Boyd, bringing his season goal total to 7.

Michigan’s Hyman recorded another two-point game in Michigan’s 7-5 victory. Tyler Motte, silently had back to back two-assist games for the Maze and Blue, giving him a 4 point weekend. Defenseman Michael Downing added a goal and two assists from the point for the Wolverines as well.

The game was never in doubt for Michigan. After falling behind to the Gophers 1-0 early in the first, the Wolverines pumped out a four goal 1st period to go into the break 4-1 after the 1st. Minnesota made it a little closer after two, making it a 6-4 game, but it wasn’t enough. And Michigan was able to coast to a weekend sweep in the 3rd, finishing the game off with an impressive 7-5 victory.

Other B10 Teams in action

Wisconsin battled No.2 Boston University to a 3-3 tie in non conference play. (BU won the shootout)