The Saginaw Spirit took a huge gamble in the 2016 OHL Priority Selection. Knowing this player was already committed to the University of Michigan and hoping he would eventually change his mind, the Spirit rolled the dice and took Blade Jenkins with the fourth overall pick. He opted to play with the USDP in order to allow him to eventually play in college.

Then came a great day for the Spirit. Citing finding the best path to the NHL, Jenkins signed with Saginaw just two days after they signed their 2017 first-round pick Nicolas Porco. All of a sudden, the future of the Spirit looked bright.

But what about Jenkins? What kind of an impact would he have as an OHL rookie playing out his draft year? It didn’t start well. After a slow start, likely due to adjusting to a new league and position (going from center to wing), Jenkins took off. His arrival happened on Nov 4 when he scored his first hat trick against North Bay. We saw glimpses of why many considered him an eventual first-round talent.

Jenkins found a defined role on the Spirit. After playing against older players and down in the lineup on the U.S. team, he found himself on the top-six playing bigger minutes. He ended the season with a line of 20-24-44 in 68 games while adding three assists in four playoff games against Sault Ste. Marie.

There’s a lot to like about the things Jenkins brings to the table. He has decent size and is a pest to play against, especially down low. He is as equally good a scorer as he is a playmaker. His high IQ allows him to make the correct play in order to drive the offense. While his offensive instincts are above average, his skating and play away from the puck are works in progress. The skating has improved but will be a point of emphasis for him at the next level. I’d also like to see him in better positions defensively. In live viewings of him, his lack of positioning cost his team some goals. His offense though is good enough to consider possible first-round consideration.

We will hear Jenkins name somewhere from late in the first round to anywhere in the second round. He’s been heavily scouted with some teams ranking him in the first round. I personally have him 35th as an early second round pick. If a team is convinced that his overall two-way play comes into form, he’ll go on the first night. Jenkins is one of the youngest players in the draft as he’ll still be 17 when he hears his name called.

“When he’s got the puck, I really like how aggressive Jenkins is in attacking the net. The shift from center to wing really jump started the increase in production and performance. Simplified the game for him and allowed him to be more of a North/South player. His skating is better than it was billed to be, (although far from elite) and he could be a tough player to stop below the hash marks once he fills out (and continues to work on his explosiveness). Away from the puck, his game lacks consistency though. I’ve seen him throw a few really nice checks to separate his man from the puck in the defensive end, but there are other times where he looks a bit lost.” -Brock Otten/OHL Prospects

“At 6’1”, 195 pounds and still room to grow, Jenkins possesses decent size. He uses that size to his advantage and battles well along the walls and in front of the opponent’s net. He’s learning how to be dominant with each passing shift. He drives the net hard with or without possession and he’s extremely strong playing the cycle game. He also possesses good hockey sense. He has shown that he can be elusive and make himself open for teammates to find. He can also play patient and wait for lanes to open up when he has puck possession. He can play the playmaker game, but at the same time, he can beat you with a very heavy shot.” -Dominic Tiano/OHL Writers

“While he wasn’t producing on the stat sheet early this season he was driving the net and creating chances. It was a tough situation to be put into in Saginaw as the team has very little returning offensive talent. He has started to heat up recently and this is the Jenkins I feel we can expect the rest of the season. There are questions marks around his overall speed and first step quickness. It will be a point of developmental emphasis with Jenkins the next few years because he has the other skills in his repertoire to be a great player at the next level.” -Peter Kneulman

I think Jenkins projects better as a winger although he can play center. I just think he has the kind of game that suits him better on the wing. Assuming his skating improves and he fills out, he projects as a potential top-six winger with some upside.

Jenkins was drafted fourth overall by the Saginaw Spirit in the 2016 OHL Priority Selection. 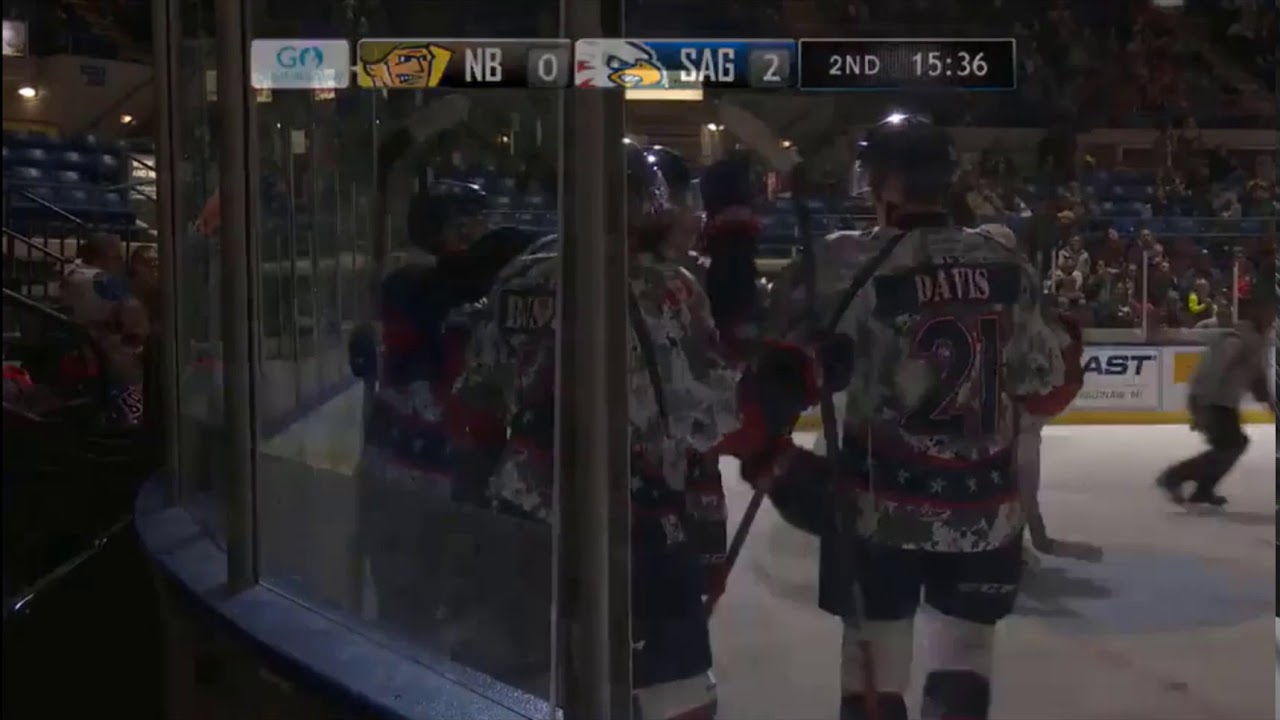