Another day, another slow start to a game for the Columbus Blue Jackets. Unlike the previous slow starts, the team could not recover from this one.

Vladimir Sobotka scored late in the first period and the St. Louis Blues never trailed as they defeated the Blue Jackets 4-1. Columbus still has a very respectable record of 7-4-0 after this loss. The loss itself and their overall record isn’t the disturbing part.

Encountering yet another slow start is the disturbing part.

A Season of Slow Starts

For a team who has Stanley Cup aspirations, these kind of slow starts on a consistent basis is unacceptable, especially against good teams, which the Blue Jackets are.

In previous years, we likely don’t worry about this as much. But after a 108-point season when expectations have changed, this is worrisome. Let me show you what I mean by their slow starts.

As of this writing, the Blue Jackets have played 11 games. They’ve only scored within the first 10 minutes of the game just twice for a total of three goals. Sonny Milano scored in the first minute of the opener. Nick Foligno and Oliver Bjorkstrand each scored against the Kings. Bjorkstrand’s goal made the score 2-2 eight minutes into the game. The Blue Jackets scored first, only to give up the lead.

Credit to the Blue Jackets for finding ways to win games late despite the slow starts. But against good teams such as the Blackhawks and Blues, this can’t happen. The Blue Jackets must start strong from the drop of the puck and play a full 60 minutes. They got what they deserved in Chicago and St. Louis.

This shows that the Blue Jackets have a lot of growing to do as a team if they truly want consideration as a contender. Start slow in the playoffs like this and see your good season end in just days and not months.

The Blue Jackets can correct the slow starts. But Brandon Dubinsky spoke about this after the game Saturday. He shed light on another problem that could explain why these starts are happening. 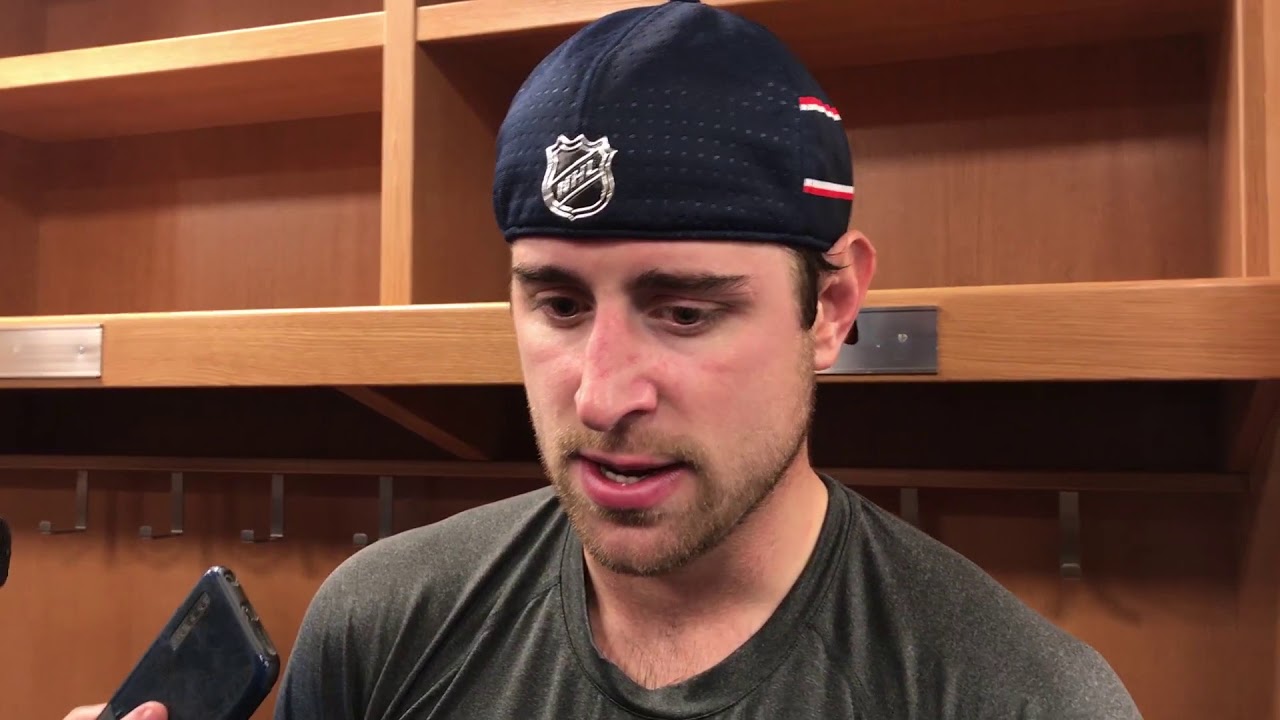 “We’ve had some practices that we haven’t been crisp from the get go,” Dubinsky said. “That’s just the way it’s been.”

Dubinsky also mentioned that the team talked about the importance of starting well before their game against the Blues. It didn’t happen.

Perhaps the team needs a game day alarm so they don’t forget what time the games start. At this point, they must do whatever it takes to start games better. If they want to beat the best, they must come out of the gate strong. Or else games like Saturday night happen.

The Blue Jackets have had some questionable decisions of late in regards to their fourth line. Their leading goal scorer Sonny Milano played just two shifts in the last 40 minutes Saturday. What? That’s even after Cam Atkinson left the game with an injury. It was Pierre-Luc Dubois that replaced Atkinson in the third period on that line.

What’s going on there? Are there major trust issues? This seems strange given the Blue Jackets had back-to-back games and could have used the fresh legs. In both games, the fourth line of Milano, Dubois and Zac Dalpe played limited minutes. The Blue Jackets played two games with essentially nine forwards. That usually doesn’t end well.

Why not play the kids more? Better yet, why not make the lines so that the kids play to gain valuable experience? How did Milano go from starting on the top-six to essentially not playing? Defense and his overall game are focal points that need improvement. But he can’t improve if he’s stapled to the bench. If the Blue Jackets want to improve, they must play the kids. They will make mistakes. But they need to learn while playing.

Finished with just 6 shifts for 3:17 TOI. Odd choice for a team on it's second night of a back-to-back series against one of NHL's top teams https://t.co/J6YQtVSXGL

Expectations have changed. The Blue Jackets want consideration as one of the best teams. To get there, they must start on time and have trust to play their kids. They’ll be counted on later in the season when the playoff race heats up.