The Columbus Blue Jackets again looked sub-par last night in Vancouver, falling 6-2, with just 16 shots on net. The Jackets are now 2-2 after 4 games of their 5 game Canadian road swing. Here are a few Blue Jackets quick hits to close out this week’s action.

As I detailed for you on Friday, Matt Calvert returned to action and made an immediate impact last night. Just 2:47 into the first period, Calvert opened the scoring with this beautiful individual effort. He played over 14 minutes on the night, much of it with Michael Chaput and Jared Boll on Columbus’ 4th line.

Not only did the Blue Jackets lose to the Oilers 7-0 on Tuesday night, but Brandon Dubinsky was lost to an injury in the game as well. Original x-rays showed no breaks in his right ankle, but Dubinsky has not played since sustaining the injury and was sent back to Columbus while the team continues their road trip. He will not play on Monday in Toronto and may miss more time. Consider him week-to-week.

Also out of the action on Friday night was Defenseman James Wisniewski. Wis was battling an illness, and should be back for Monday night’s game in Toronto.

In perhaps the best news of the week, Nathan Horton has returned to the ice. On Tuesday November 19th, Horton made his first appearance on the practice sheet, which was actually in Rexall Place in Edmonton.

“I’ve been skating a little bit these past few days, but it’s nice to be back out there with the guys,” Horton said. “I hope I’m back then (mid-December), but I’m still feeling a bit of pain and don’t have my full range of motion yet. I wake up every morning, hoping, but it’s still sore.”

Horton also said that he is not 100% and won’t be rushing to get back in fear of re-aggravating the injury. With Dubinsky out and Marian Gaborik on the shelf for several weeks, the Jackets will certainly enjoy having Horton back on the ice as soon as possible. This tweet about the guys missing in action will make you cringe:

And one final note for the team: Jared Boll has been given an Alternate Captain position on the team. Boll has been with the Blue Jackets for the entirey of his 7-year NHL career. He crossed over the 1,000 penalty minutes mark with his fight against Edmonton’s Luke Gazdic on Tuesday night – his 409th NHL game. Congratulations to Boll on both milestones! 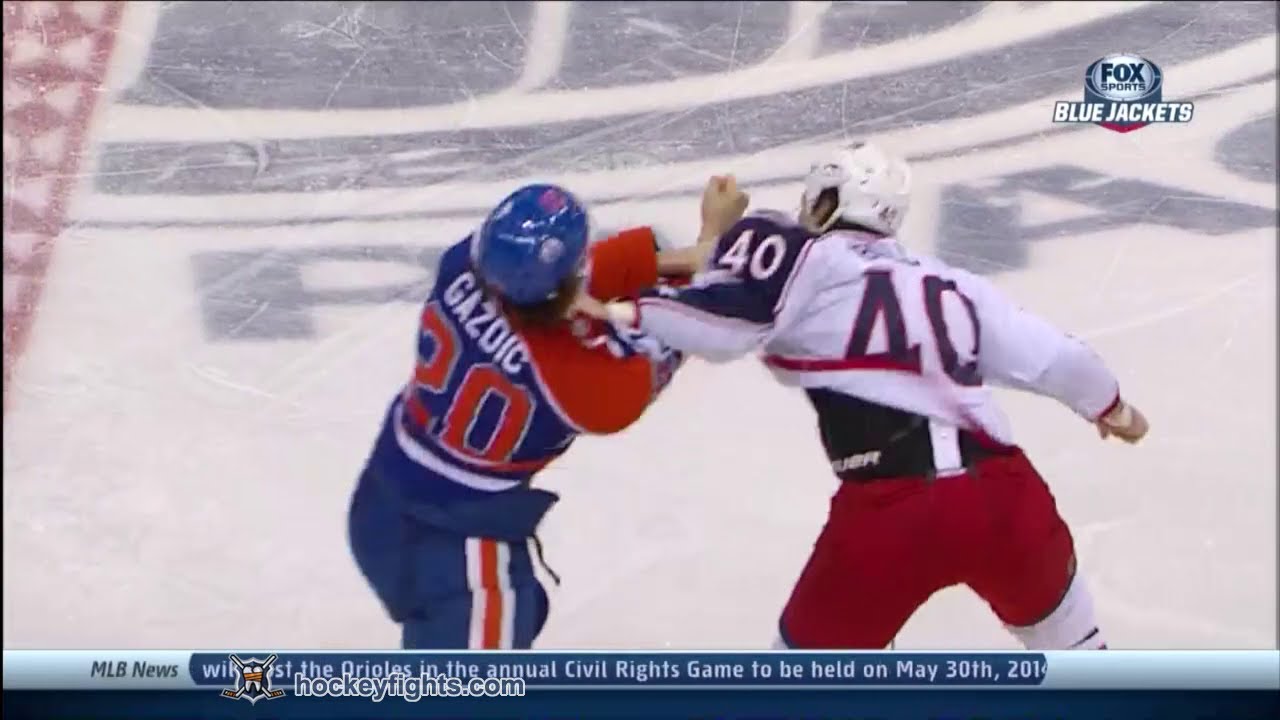 The Jackets return to play Monday night in Toronto, and return home to face the Buffalo Sabres on Wednesday.

Doulas Cutler is a Lead Writer for The Hockey Writers covering the Chicago Blackhawks. Follow him on Twitter at @DougCutlerTHW. In addition, he also writes on The Blog of Brotherhood, dedicated to Miami RedHawks Hockey (www.blogofbrotherhood.com and @MiamiHockeyBlog). LET’S GO HAWKS!