The Columbus Blue Jackets came into Wednesday’s trade deadline as a team of interest. They were well positioned in the standings and many expected them to buy but no one was sure what they would do.

Were the Blue Jackets willing to make a big splash to keep up with the Capitals? If not a big splash, would they go after some upgrades in the rental market? Given where they are as a franchise, the smart move was to address depth needs. Turns out the Blue Jackets agreed.

How about this from the GM?

“We believe in this group. We believe that our window is just opening.”

These aren’t the big names fans were hoping for. But they were the right moves at this stage of development as a franchise.

There was no need to make a splash on a team that already has 39 wins on the season. The core is pretty well established with Sergei Bobrovsky in net, Seth Jones and Zach Werenski anchoring the defense, and Cam Atkinson, Brandon Saad, Alexander Wennberg, Nick Foligno and others carrying the offense. If the Blue Jackets had a need, it was depth up front and on defense.

They did exactly what they needed to do. 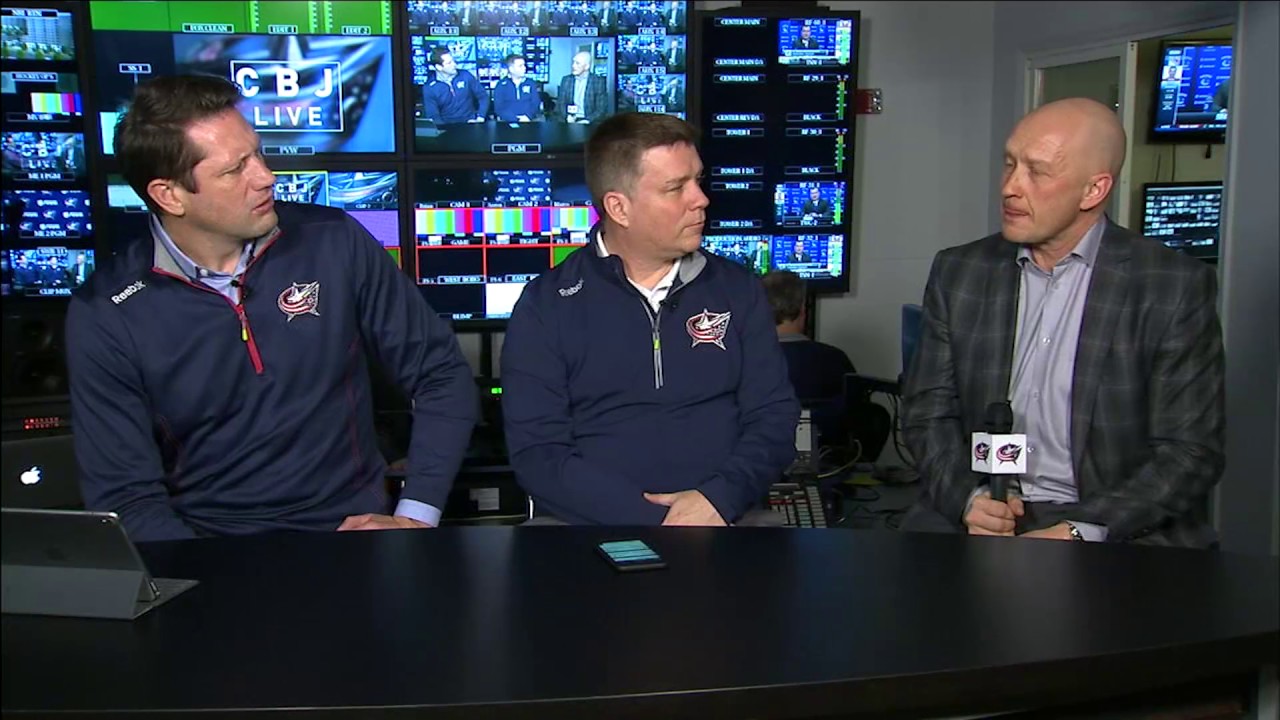 This trade was a win for the Blue Jackets. Prout was buried on the depth chart as the eighth defenseman. As a result, he was scratched on most nights. Given how the season has gone for him and given that he has one more year left on his current deal, trading him to a team looking to unload a UFA made sense.

In Quincey, the Blue Jackets get a slight upgrade from Prout. Quincey brings years of NHL experience to Columbus, especially in the playoffs. He has appeared in 54 playoff games in his career. He can fill in as needed allowing the team some extra flexibility in case injury or poor performance happens.

Trading Prout also allows the Blue Jackets some extra cap room for next season. They have five players set to become restricted free agents in the offseason. Those are Alexander Wennberg, Josh Anderson, Lukas Sedlak, Scott Harrington and Joonas Korpisalo. There’s a little uncertainty with the looming expansion draft and they have to decide who to sign. But at least they have some more breathing room. As of this writing, the Blue Jackets have about $6.87 million in cap space for 2017-18, before making any other moves according to Cap Friendly.

There’s a little uncertainty with the looming expansion draft and they have to decide who to sign. But at least they have some more breathing room. As of this writing, the Blue Jackets have about $6.87 million in cap space for 2017-18, before making any other moves according to Cap Friendly.

The Blue Jackets addressed their need for forward depth with this trade. In Korpikoski, the Blue Jackets get a winger who can play either side on the bottom-nine. Like Quincey, Korpikoski brings playoff experience to Columbus. He’s appeared in 30 playoff games.

Given the injury to Matt Calvert, Korpikoski is in a place where he might play Thursday night against the Minnesota Wild. The Blue Jackets assigned Markus Hannikainen to the Cleveland Monsters on Wednesday, opening an opportunity for Korpikoski to play right away. He’s also a good insurance policy in the event that other injuries occur.

Why These Moves Were Smart

Just look at the dynamics in play here. The Blue Jackets acquired two pending UFAs who help their depth this season without sacrificing a top prospect or a draft pick. The forward group got a boost. The defense got a boost. The future is still in tact. They opened up cap space. This is about as good as it gets in the grand scheme of things.

It may not have excited, but this trade deadline was effective for the Blue Jackets. They’ve set themselves up for success in future seasons as a result of Wednesday’s moves. If I’m a Blue Jackets fan, I’m happy knowing the team is heading in the right direction.

The Blue Jackets kept it simple and smart on deadline day. They did exactly what they were supposed to do. For that, they earn an A for how they handled the day.