This NHL season has certainly had its ups and downs for St. Louis. The team had its best start in the organization’s history, jumping to a dominating lead in the Central Division. However, many thought the Blues’ success wouldn’t last and they would start to fizzle out as the season progressed.

Excitingly, the initial wins of the season were helped along by several prospects that were called up due to a few detrimental injuries to the roster. Vince Dunn has turned into a defensive staple this season, Tage Thompson filled an important role up top and Sammy Blais showed his ability to compete in this league in his first NHL games.

As the Blues’ season now continues to disappoint, management and fans alike are starting to look forward to the coming seasons and the large amount of young talent within the organization.

There is a huge amount of hype around Jordan Kyrou, and he continues to earn it. Kyrou was drafted, as expected, early in the second round of the 2016 NHL Entry Draft by the Blues. He has shown that he can be a contribution to a successful offense in the OHL, something the Blues seem to have lost in the second half of the 2017-18 season.

At 19 years old, the right winger is currently sitting at 106 points in 54 games for the OHL’s Sarnia Sting, beating his record of 94 points in the previous season.

“I just go out there and play and try to help my team win, and whatever happens, happens,” he said when asked about reaching his 100-point mark.

He recently played for Team Canada in the World Junior Championship (WJC), where he recorded three goals and seven assists for Canada, along with bringing home a gold medal. 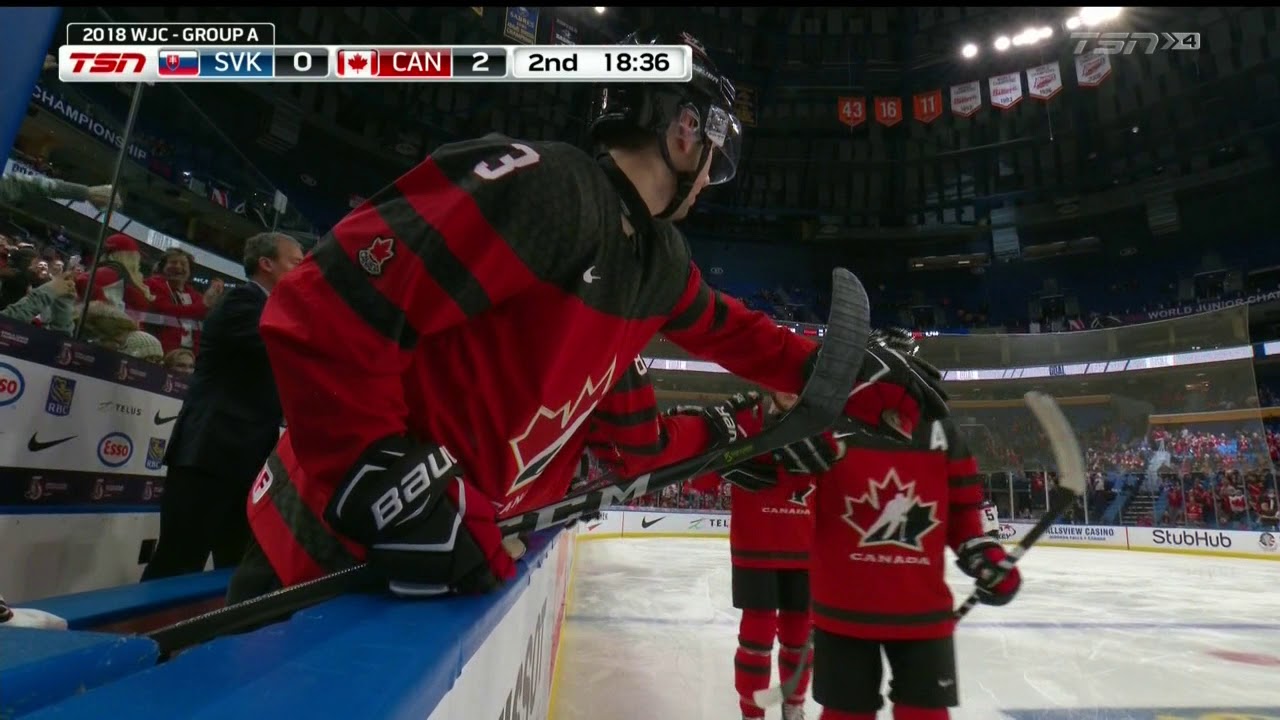 At 6 feet and 179 pounds, one of the biggest concerns during the draft was his ability to be strong on the puck and play the same seamless offense against high-caliber teams. With the Blues cooling off, excitement is building around Kyrou and the possibility of seeing his NHL debut next year. It will still be a question, though, whether he will have the same impact against NHL-level defensive units.

Hitting the ice for both the London Knights and Hamilton Bulldogs this season, Robert Thomas combines for a total of 73 points in 47 games in the OHL.

The 18-year-old center was drafted by St. Louis in the first round of the 2017 draft. Much like Kyrou, Thomas provides another offensive possibility at a time where the current roster is not seeing much scoring.

Both Thomas and Kyrou were named captains this season, something that Blues general manager Doug Armstrong sees as equally impressive as their statistics.

“So not only are these guys good players but they also are deemed to have great leadership by their junior teams,” Armstrong told the St. Louis Post-Dispatch. “It just shows that the work that our amateur scouting staff is doing in their character checks is paying off.”

Thomas and Kyrou were teammates at this year’s WJC, where Thomas contributed to the gold medal team with a goal and five assists. While Kyrou boasts more goals, Thomas presents as more of a playmaker on the ice, as well as someone who contributes defensively. It will be interesting to see how the two mesh together and if they could potentially create a great scoring line in the NHL.

Acquired from the Pittsburgh Penguins as a part of the Ryan Reaves trade, 18-year-old Klim Kostin is currently playing in the AHL with the San Antonio Rampage. He was a notable player at the WJC as well, leading Team Russia with five goals in the tournament.

Kostin has already expressed his thoughts on his NHL debut. In a recent interview with Alexei Shevchenko of the Russian website, Sport-Express, he says:

“I’m ready for that. Of course I understand that I need a lot of work, but I’m working hard because I want to play in the NHL. I really want to try breathing that air this year already.”

He has the drive to play in the NHL, but the Blues do have other options in Kyrou and Thomas. St. Louis was able to battle through significant injuries this year and already have plenty of options at center without calling up these guys. In addition, management has always worried about bringing players up to the NHL before they’re ready, and for good reason. It would be disappointing if the potential in any of the Blues’ offensive prospects was burnt out after being called up to fill a roster gap in what has shaped into a tragic season.

However, this season has also proved that it might be time to let the young guys give this organization a chance to be successful. Although he hasn’t had a chance to breathe that air yet, there is a big possibility that Kostin’s time in the NHL could come after this year’s training camp.

A first-round draft pick in 2012, Jordan Schmaltz has been a part of the St. Louis roster in the last two seasons. Playing in a total of 19 games for the Blues, he has just 2 points so far in his NHL career.

Representing St. Louis as the only Blue in this year’s AHL All-Star Game, Schmaltz posts more impressive stats in the AHL. The defenseman had 25 points in 42 games last year with the Chicago Wolves and 21 points in 31 games this season for the San Antonio Rampage.

In the AHL, Schmaltz comes across as an offensively minded defenseman with appropriate stick skills that lend to a strong possession game. With a mix of injuries to Blues defensemen in the past two seasons, perhaps Schmaltz made his start before he was completely ready.

“It kind of gives you confidence when you see ‘Barbs [Ivan Barbashev],’” he said after being called up early in 2017. “They’re doing well. I’m going to try to be like that and bring what I do to this team.”

While Schmaltz has not yet lived up to expectations, he’s shown promise that he could grow into a solid member of the Blues’ defense. He has been the one the Blues have called on in the last two years when struggling with injured defensemen. The close of this season and the rest of 2018 will be a test to see if Schmaltz can gain a defining role with this team.

I am a lifelong St. Louis resident who recently graduated from the University of Missouri – Columbia with a Bachelor’s degree in English Literature & Language. Aside from writing for THW, I currently work in the content marketing and copywriting fields and spend as much time as I can at Scottrade Center.