The Boston Bruins own a deep and talented prospect system. In the following rankings, I’ve listed the more than thirty Calder-eligible young men under contract or control of the Bruins’ organization. In this second-to last edition, I’ll count down five of the Bruins top-ten prospects.

Because of the system’s depth, I split the rankings into five parts:

Unlike some prospect-rankers, I don’t value all prospects equally. While I rate excellent defensemen and goaltenders as slightly more valuable than their forward counterparts, they’re significantly more risky (and goaltenders more so than blueliners). Consequentially, these players are devalued slightly in my rankings.

However, risk (and NHL-readiness) are small pieces of the puzzle compared to ‘upside’. I hold ‘upside’ in the highest regard – enough to diminish all but the greatest risk. For example:

Additionally, I include my “Current Favorable Projection” (CFP) for each prospect (where I expect them to land should their career advance positively); an Estimated Time of Arrival (ETA) for significant NHL action under the same circumstances; and other rankings for the prospects.

A productive rookie season (for the fourth-worst offense in the AHL) earns David Warsofsky a top-ten position. The undersized blueliner finished sixth on the P-Bruins with 29 points (5 goals) in 66 games for the club.

The second of Boston’s Trio of sub-5’10 defensive prospects, Warsofsky’s great skating and pro-solid offensive game make him an interesting option for the future-Bruins. He’s an excellent skater in all directions, possesses a cannon from the point and moves the puck very well.

After leading the P-Bruins in blueline scoring in ’11-’12, Warsofsky should receive some first-pairing minutes with Providence this season. With what looks to be an improved offense and forward-corps ahead of him at the Dunk, big things will be expected from the defenseman.

Camper signed with the Bruin in the spring of ’11 after four stellar seasons for the Redhawks and was Providence’s scoring leader, tallying 48 points in 69 games, driving the offense of one of the poorest offensive squads in the league.

Much like Seth Griffith, Camper is undersized and lacks an elite skating-game. He excels with outstanding hockey-sense and above-average scoring skills. A creative forward by nature, Camper has above-average hands and is a solid playmaker. While Camper’s overall upside is limited by his middling mobility and diminutive stature, he stands to be a solid secondary-scorer at the NHL level if he continues to progress.

People have been telling Camper that “he can’t” and underestimating him for so long, but he keeps proving ‘em wrong. He’ll be taking another step towards NHL if he can touch point-per-game production with Providence during 2012-13.

After just missing the cut for the Team USA World Junior squad, Ferlin went on to blow away expectations and earn high honors as a freshman for the Cornell Big Red. Named the ECAC and Ivy League Rookie of the Year, Ferlin cooled late in the season and was unable to participate down the stretch due to injuries.

He’s a big guy with speed and the potential to play an average power-game at the NHL level. His instincts are solid and he possesses NHL-level finishing and passing skills. Ferlin retains only fringe top-six potential, however, because his physical game is still underdeveloped for his frame and his offensive play isn’t dazzling.

A huge sophomore year in Ithaca could find Ferlin jumping a few spots in our rankings and make the Bruins consider offering him a pro contract in the spring.

Sauve’s impressive showing as a rookie won him acclaim within the Bruins’ community and many had him pegged for a big breakout year in 2011-12. Unfortunately, injuries took their toll on the skinny forward, limiting him to just forty games. His first and only appearance in Boston was brief… very brief… and he exited midway  through the game with a lower-body injury and under four minutes of ice time.

Despite his issues, Sauve possesses the highest upside of any Bruin forward not named Khokhlachev or Spooner. He’s a blazingly fast skater and a solid distributor and scorer with top-six potential.

This is a huge year for the French-born forward: If he gets off to a quick start, Sauve may reaffirm his high spot on the Bruins’ organizational depth chart and challenge newcomers Knight and Spooner for prime ice time. If he falters, the depth in Providence may pass him by.

Bruins’ fans were surprised by the announcement that the B’s had signed Michigan State captain, CCHA player of the year and Hobey Baker finalist, Torey Krug to a two-way deal. Krug was coming off a season where he accrued a line of 12-22-34 in 38 games (finishing as the top CCHA goal-scoring blueliner for the second straight year) and led the Spartans to the NCAA tournament.

Jumping right in to the Bruins lineup for two games at the end of the ’11-’12 season, Krug didn’t look at all out-of-place and earned his first pro point. Despite his size, he has no shortage of boosters: Corey Pronman of Hockey Prospectus even lists Krug among his top-100 (61) prospects League-wide. 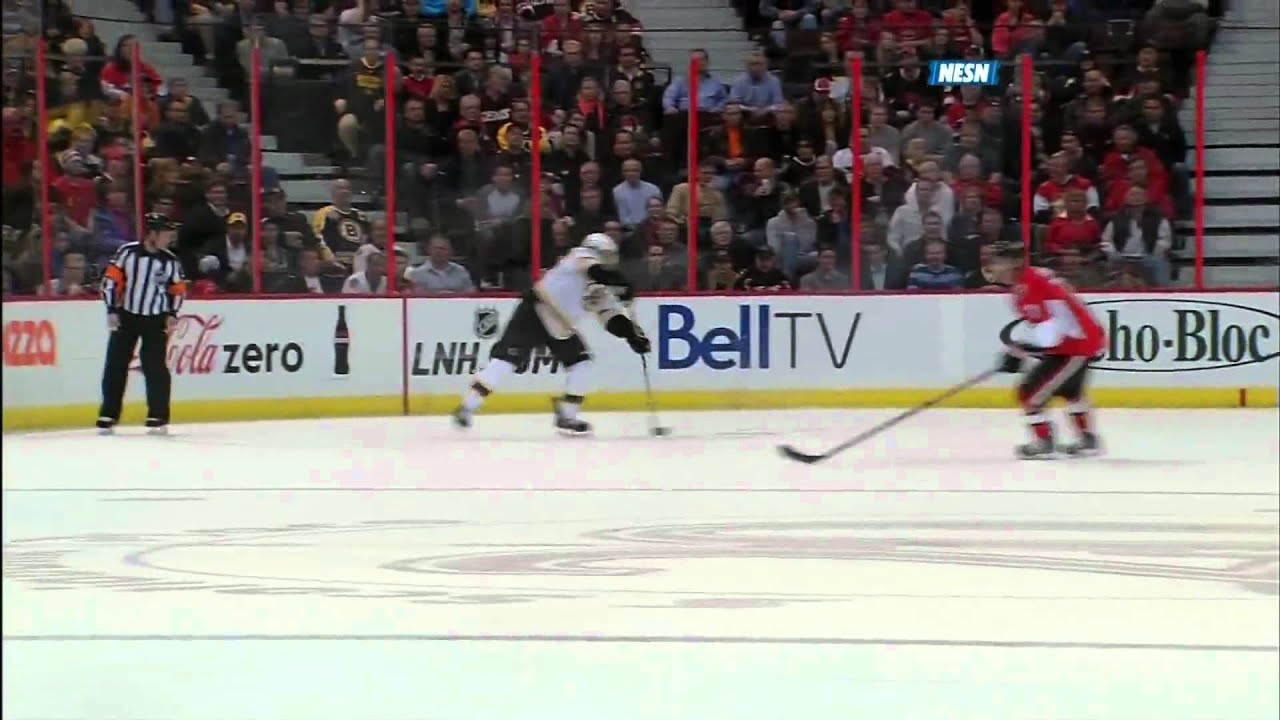 Krug, very undersized at 5’9, 175 lbs., remains a dynamic offensive talent possessing excellent mobility even for his size. He plays an intelligent two-way game. Only limited by his frame, Krug’s a surefire bet to earn NHL ice-time down the road as a powerplay specialist and perhaps time as a middle-paring blueliner.

This fall, he’ll take to the ice at the Dunk, where he’ll compete with David Warsofsky for prime powerplay minutes and first-line time. If he earns the biggest slice, he could be headed up I-95 before the season’s out.