The Boston Bruins have extended Brad Marchand, according to reports Monday morning. The new contract will carry an AAV of $6.125 million over eight years, a sizeable increase from the $4.5 million AAV he currently plays under.

Additionally, General Fanager reports that the deal carries a no-move clause (NMC) that starts in 2017. That will shift to a modified NMC in the final three years of the deal.

Marchand is coming off a monster season where he hit career-high marks with 37 goals and 61 points.

The AAV isn’t terrible for a 28-year-old who put up those kind of numbers, but eight years is a whole lot of term. In fact, the clock will not immediately start on those eight years, as he still has one year left on his current deal, meaning that the new deal will last until 2025 when Marchand is 37.

Marchand will celebrate the new deal by getting a chance to play for the World Cup championship on a line with Sidney Crosby. The three-game series to crown a champion starts Tuesday evening.

Things got tense at Ottawa Senators training camp Sunday. Newly acquired defenseman Patrick Sieloff hit Clarke MacArthur from the blindside, sending MacArthur to the ice and forcing him from practice.

MacArthur has struggled recently with concussions, playing just four games last season largely due to head injuries. General manager Pierre Dorion announced later in the day that MacArthur has suffered yet another concussion. “We’re at the point where we’re heartbroken,” Dorion said. “I don’t care about the hit. I care about Clarke.” 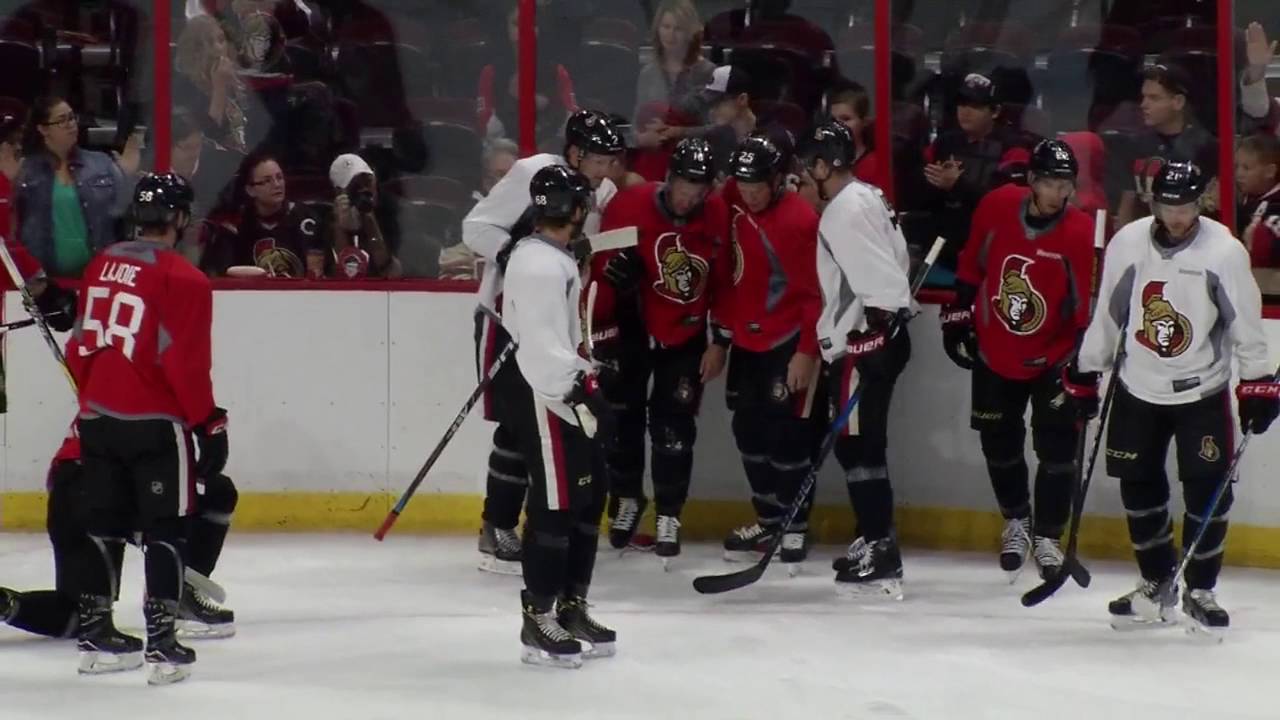 The hit didn’t go unnoticed. Immediately after the hit Bobby Ryan jumped Sieloff and fought him. Shortly after that Chris Neil, a more significant opponent than Ryan, went after Sieloff himself. At that point, the team sent Sieloff to the locker room in hopes of lowering tempers a bit.

Ryan later defended going after Sieloff on Twitter, saying, “I watched a guy I’ve known for [five] minutes hit a teammate of [three] years. Couldn’t live with myself if I didn’t go at him.”

When questioned about the optics of going after a teammate at camp, Ryan said, “[Sieloff] is not my teammate. Clarkie is.”

Bobby Ryan fights Sieloff after hit. "What the (bleep) was that?," Ryan says as he leaves skirmish. #Sens

The Jacob Trouba Kicks Off

As reported over the weekend, Jacob Trouba’s agent made public his request to be traded out of Winnipeg. Sunday, Trouba’s teammates were put in a position to respond to the news of Trouba’s trade request and the revelation that he won’t report to training camp.

The team didn’t think much of the request. Mathieu Perreault told Mike McIntyre of the Winnipeg Free Press, “This guy plays big minutes, 22 minutes, and he’s gonna complain some sort of way about his ice time? … How much more does he want?”

“I think for [Trouba’s] case, you know, it might be even worse not to come play,” he continued. “If we start the year and it goes well, then, you know, it feels like we don’t even need you.”

Andrew Copp gave his thoughts on Trouba, given the long-term friendship between the two players. pic.twitter.com/s3n5ISV1KK

Jets forward Andrew Copp, who has been a teammate of Trouba’s since before the Jets, had a measured response, mentioning that this kind of situation is partly a result of how the CBA works right now.

As far as what the Jets are looking for, TSN’s Gary Lawless had previously reported that the Jets want a left-shot defenseman around the same age and caliber as Trouba in exchange for Trouba. TSN’s Bob McKenzie confirmed that ask Monday morning, saying, “Right now, the Jets appear to be looking for a high-impact, one-for-one deal. That is ‘Okay, we’re going to trade a guy coming out of entry level who is a right-shot defenseman – which is really valuable in the National Hockey League – and even though we didn’t play him in a top-four role because we had [Dustin] Byfuglien and [Tyler] Myers ahead of him on the depth chart, we’re going to treat him as if he’s a top-four guy.”

McKenzie also mentioned that the team wants to treat him as a top-four defender because they were going to start the season by trying Trouba on the left side alongside either Byfuglien or Myers.

Don’t expect a quick resolution to this situation. It has many similarities to last season’s Jonathan Drouin opera that ended with him just staying in Tampa. The Jets are able to be patient here and do what’s best for the team.

For the first time in team history, the Edmonton Oilers will have a mascot. It’s a frightening looking lynx that might have taken a hefty dose of bath salts.

Naturally, the internet provided a fertile ground to ridicule the new mascot, but at least it wasn’t introduced by having it murder a fireman, like the Adirondack Flames did in 2014.

Oilers PR has been answering questions about the mascot — named Hunter after original Oilers owner Bill Hunter — on Twitter. We can confirm that Hunter does have pants on and that it does eat dogs.

– Tobias Rieder has decided that he will not report to Arizona Coyotes training camp without a new contract. The restricted free agent has gone the whole summer without a new deal and his agent says that the team is “unwilling” to accept a “fair offer.” That fair offer is rumored to be a two-year deal at a $2.5 million AAV.

– Mikhail Grabovski has been placed on injured reserve retroactive to March 16 of last season due to a concussion.

– Due to the World Cup, the NHL has temporarily suspended the rule that requires every NHL club to field at least eight veterans for each preseason game.

– The Senators have announced that they will move the Binghamton Senators of the AHL to Belleville, Ontario starting with the 2017-18 season. According to the team’s announcement, “the City of Belleville will immediately undertake more than $18.5 million in important renovations to modernize Belleville’s Yardmen Arena and prepare it for professional hockey for the first time in the city’s history.” 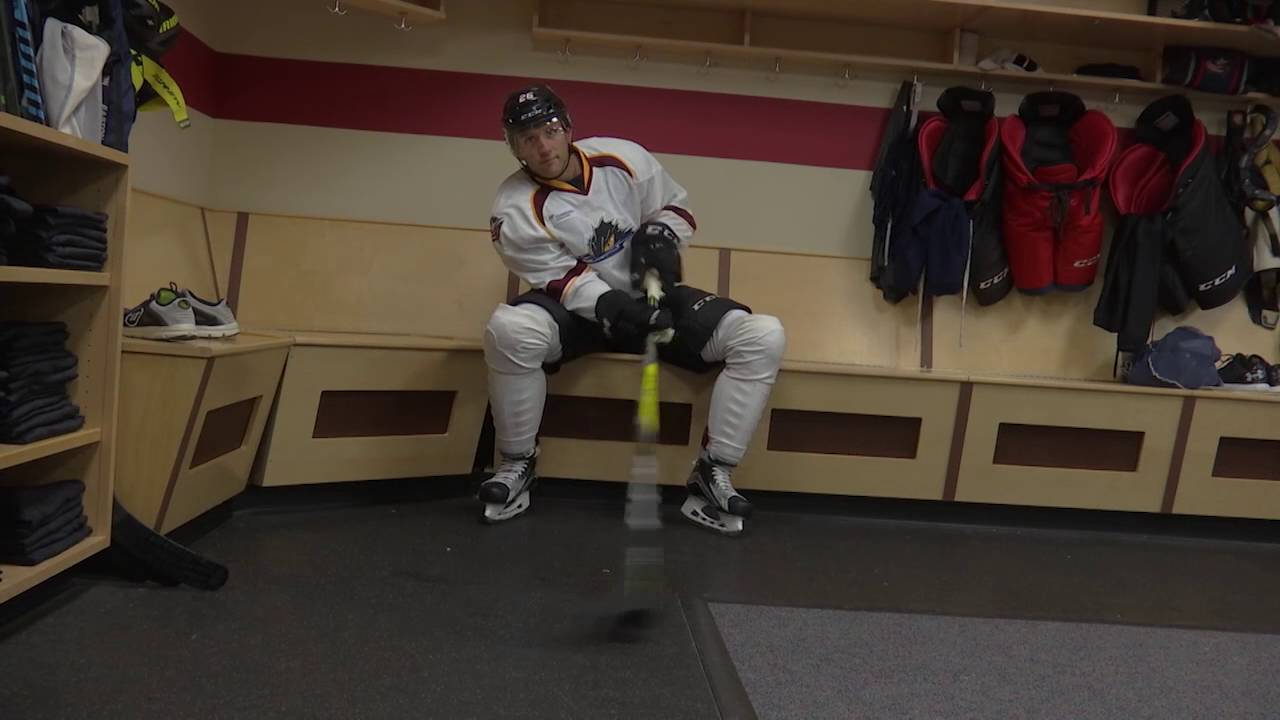