Did any player on the 2012-2013 Montreal Canadiens have greater expectations and spotlight placed on them than Brandon Prust? It shouldn’t be a complicated argument. Yes, some players had what could be considered breakout years (thinking Subban and Eller). Several newcomers were pleasant surprises (thinking Galchenyuk and Gallagher). Some players were expected to rebound from sub-par campaigns (thinking Bourque).

However, Prust’s arrival and role was so eagerly anticipated that he was publicly anointed as a success of the team’s administration, prior to him suiting up for a single game. The Habs had finally gotten bigger and had “toughened up”. Brandon Prust would be on patrol, sticking up for his teammates.

To summarize, the great expectations of him were set in public opinion before the season began. Other than Markov perhaps, and his return from injury, no other player faced such pressure. Immediate and severe pressure.

Accepting of the Role

In my view, Prust acknowledged the pressure placed upon him and accepted it. He committed to being a Montreal Canadien and everything that came along with it, good and bad. Used primarily in a 2nd and 3rd line role throughout the season, and in a handful of different game scenarios, Prust was the Canadiens most versatile player. Plekanec may have been the only other fair comparison.

Prust averaged 13:38 in ice time per game in 2012-2013 and was involved in something in almost every shift he played. His relatively low average-time-on-ice is a reflection of the amount of time he spent in the penalty box (110 minutes in 38 games last season). This, in turn, is a reflection of the role he was expected to fill for the team. Although not a true enforcer by NHL standards, this was the need playing on one of the smallest teams in the NHL.

Inarguably, the Habs season with Prust in the lineup was stronger than without him. If you question his importance, as a thought exercise imagine the team last year without his presence. He must have understood his importance to the team. Some would wilt, he thrived.

What Now for Number 8?

Currently in his 2nd year of a 5-year contract paying him $2.5M Prust continues to be an important part of the team and its needs. He makes the team tougher. However, he’s averaging 11:08 of ice time through the team’s first 4 games to go along with 12 PIM. Is this a reflection of Prust’s future on the Habs? A role of declining importance for someone who bled for the team?

What’s certain is that his role on this season’s Habs is still uncertain. Currently filling a regular role on the 4th line with Moen and White, most will feel he’s not being used properly. But then, what is the solution? He does see extended time on the penalty kill, but is he satisfied? Likely not. Prust can skate, pass, and bang. He can contribute more.

What point totals can Prust put up this year? Well, it will depend on where he’s played and in what roles. Fighting aside, here are my points projections. As a 4th line forward with penalty killing duties, he would be hard pressed to improve on his 0.37 points per game posted last year. I’m staying the line and projecting 30 points with 11 of those being goals. However, things get interesting if his role evolves and he sees time on a revamped 3rd or 2nd line. If he’s healthy, can Brandon Prust put up 45 points this year?

What Brush Do You Paint Him With?

Is Brandon Prust a 4th-liner? No. What 4th-liner do you know of that gets promoted to the 1st line when an opening exists? With Pacioretty missing practice recently due to a nagging wrist injury, Prust filled in on the first line with Briere and Desharnais. He has good hockey sense (thus, the PK time) and is a good skater. Prust cannot be considered a 4th-liner. Let’s assume he’s not happy playing a 4th line role.

Is Brandon Prust a 3rd liner? On some teams he is an obvious 3rd-liner. It was his main contribution while with the Rangers. On the Habs, considering the depth above him, maybe.

Is Brandon Prust a 2nd liner? For the sake of argument, consider Briere’s performance last season with the Flyers where he posted 6G + 10A and -13 totals for 16 points in 34 games. An off year? Prust put up 5G + 9A and +11 totals for 14 points in 38 games. They’re different players obviously, but shielding Briere on a line with Bourque and Plekanec makes more sense to me. Scoring aside, I feel Prust would have a more effective, physical role on the 2nd line, given his skills. You’re free to comment below.

Regardless of the Above, Why He Retires in a Canadiens Uniform

What’s my point you ask? Prust is here, regardless of many of the issues outlined above, because he wants to be here. He’s committed beyond his current contract. For several reasons.

Brandon Prust will retire a Montreal Canadien because

Brandon Prust is here to stay. A bonus? He’s a media darling. 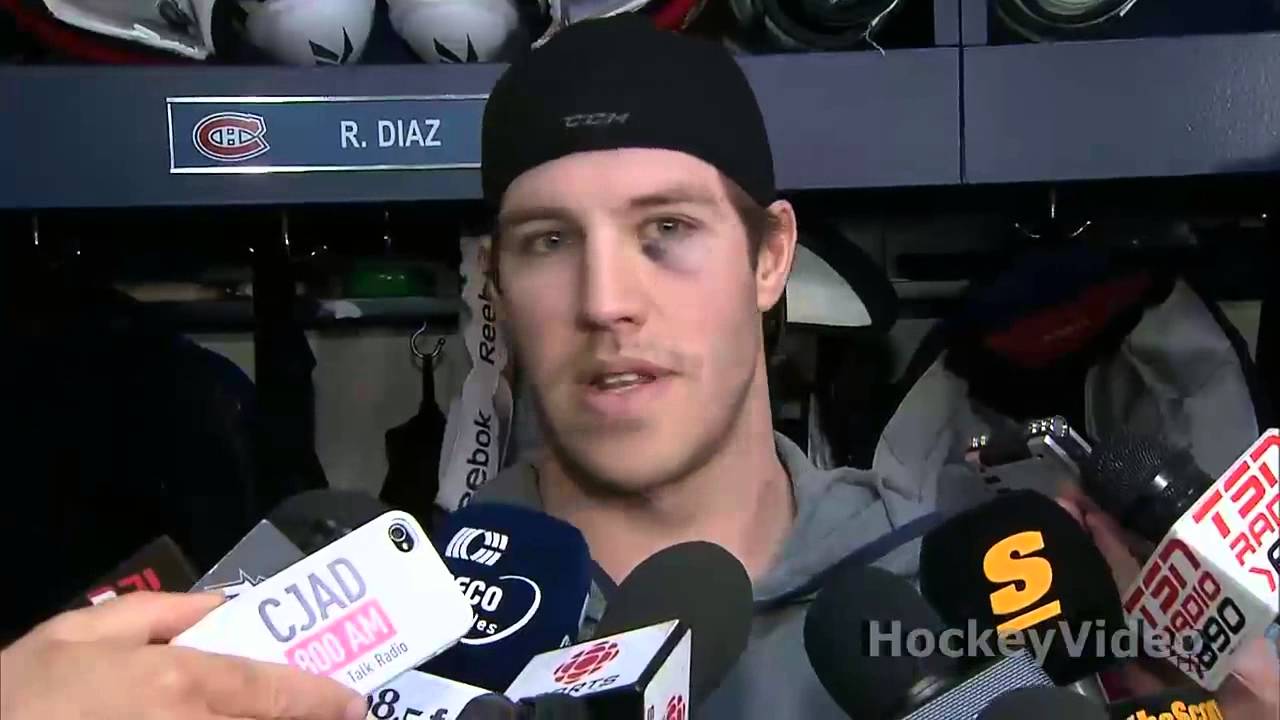