The Buffalo Sabres have amassed an impressive stock of young talent through the draft in recent years. According to CapFriendly.com, Buffalo currently has 12 picks in the 2016 NHL Entry Draft. Will the team use all of their picks or perhaps package one or more in a trade? Potential trades aside, the 2016 NHL Entry Draft is another opportunity for the Sabres to bring more youngsters into the fold.

During the past few seasons, Buffalo has seen some of their drafted prospects develop in their system and earn roles with the club. Many of the prospects now earning a role in the NHL were drafted in the earlier rounds of their respective draft classes. The odds of finding an NHL caliber player are clearly better in the earlier rounds. However, there are many players who were drafted in the later rounds that have also worked hard along their path to the NHL.

The Sabres have found some late round gems throughout their history. Here is a look back at 10 players who were selected in the fifth round or later by Buffalo and had or are having a strong NHL career.

The Sabres selected forward Peter McNab in the sixth round of the 1972 NHL Amateur Draft. McNab spent parts of three seasons with Buffalo, scored over 20 goals in two of these seasons, and he played for the team during their 1974-75 appearance in the Stanley Cup Final against the Philadelphia Flyers. During his career, McNab tallied 363 goals and 813 points in 954 career regular season games with the Sabres, Boston Bruins, Vancouver Canucks, and New Jersey Devils.

Goaltender Don Edwards is a former fifth round draft pick of the Sabres during the 1975 NHL Amateur Draft. Edwards appeared in two NHL All Star games, won the Vezina Trophy in 1979-80, and spent parts of six seasons with the Sabres. He won 208 career regular season games in the NHL and he also played for the Calgary Flames and Toronto Maple Leafs.

Buffalo selected forward Randy Cunneyworth in the eighth round of the 1980 NHL Entry Draft. Cunneyworth’s NHL career spanned from the 1980-81 season through his final appearance in the NHL during the 1998-99 season – he played for the Rochester Americans in 1999-00. Cunneyworth played in just 35 games for the Sabres. During his long NHL career, Cunneyworth played for the Hartford Whalers, Pittsburgh Penguins, Chicago Blackhawks, Winnipeg Jets, and he served as captain of the Ottawa Senators. The forward scored 189 goals and 414 points in 866 regular season games. 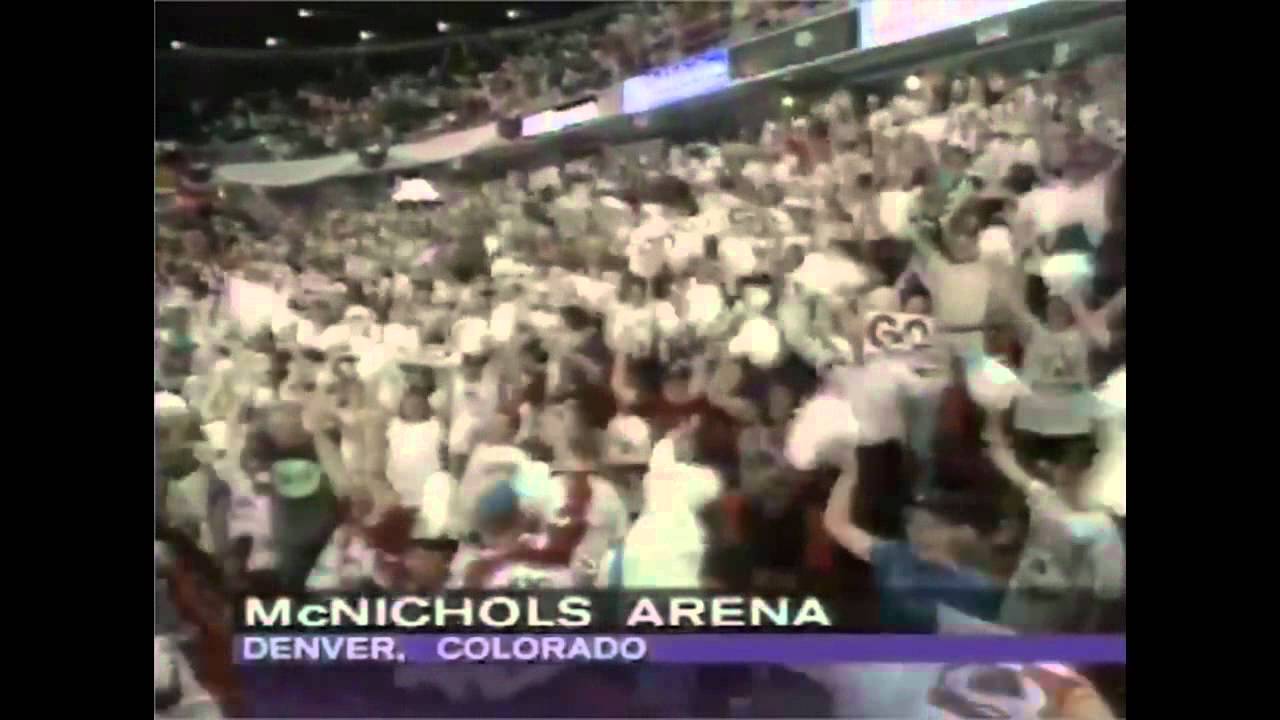 Defenseman Uwe Krupp was selected by Buffalo in the 11th round of the 1983 NHL Entry Draft. Krupp played six seasons in Buffalo and also for the New York Islanders, Quebec Nordiques, Colorado Avalanche, Detroit Red Wings, and Atlanta Thrashers. He won a Stanley Cup with the Avalanche in 1995-96 and with the Red Wings in 2001-02. Krupp played in 729 career regular season games scoring 69 goals and 281 points.

Christian Ruuttu was the Buffalo Sabres’ 134th overall pick selected in the seventh round of the 1983 NHL Entry Draft. Ruuttu played in Buffalo for six seasons from 1986-87 through 1991-92. He later played for the Chicago Blackhawks and finished his NHL career with the Vancouver Canucks. In 621 career regular season games, Ruuttu scored 134 goals and 432 points.

Alexander Mogilny was selected with the 89th overall pick by the Sabres in the fifth round of the 1988 NHL Entry Draft. He set the Sabres’ record for most goals scored in a single season when he scored 76 goals during the 1992-93 season. The forward won the Stanley Cup with the New Jersey Devils during the 1999-00 season, won the Lady Byng Memorial Trophy in 2002-03, and appeared in four NHL All Star games. In 990 career NHL games, Mogilny scored 473 goals and 1032 points.

The Sabres used the 183rd overall pick in the ninth round of the 1989 NHL Entry Draft to select forward Donald Audette. Audette spent eight seasons in Buffalo from 1990-91 to 1997-98 and he was later reacquired by Sabres for a brief stint during the 2000-01 season. He also spent time with the Los Angeles Kings, Atlanta Thrashers, Dallas Stars, Montreal Canadiens, and Florida Panthers. Audette played in the 2001 NHL All Star team. In 735 career NHL regular season games Audette scored 260 goals and 509 points.

While defenseman Sean O’Donnell was drafted by Buffalo he never played a game for the Sabres. Buffalo picked O’Donnell with the 123rd overall selection in the 6th round of the 1991 NHL Entry Draft. He spent time with the Rochester Americans but he was traded to the Los Angeles Kings in 1994 for defenseman Doug Houda. O’Donnell played in 1224 regular season games scoring 31 goals, 229 points, and 1809 penalty minutes. The rugged defenseman won a Stanley Cup with the Anaheim Ducks during the 2006-07 season.

Drafted in the sixth round of the 1997 NHL Entry Draft, Brian Campbell was an important puck-moving defenseman. He was a key component of the Sabres’ Eastern Conference final appearances in 2005-06 and 2006-07. Campbell was traded to the San Jose sharks during the 2007-08 season, won a Stanley Cup with the Chicago Blackhawks in 2009-10, and has spent the past five seasons with the Florida Panthers. In 1002 career NHL regular season games, Campbell has scored 82 goals and 487 points. 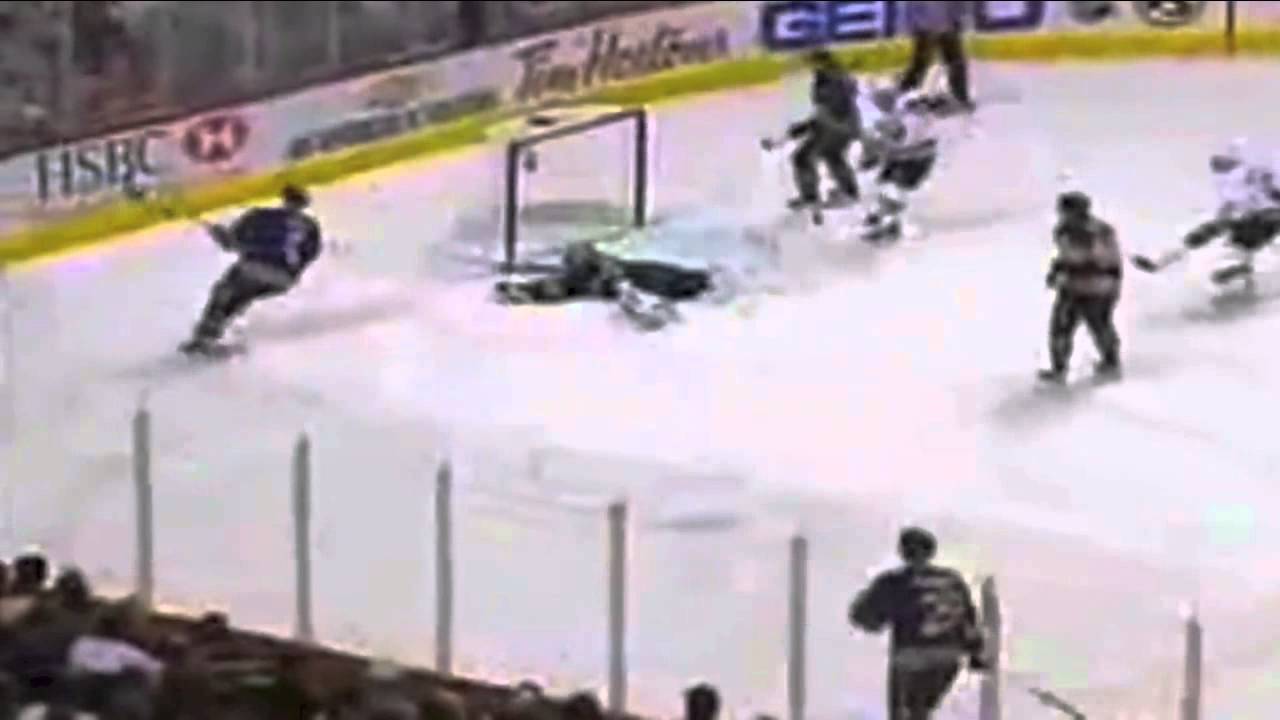 Last but not least, goaltender Ryan Miller was selected by Buffalo in the fifth round of the 1999 NHL Entry Draft. Miller was a very important goaltender for the Sabres for many seasons logging 403 wins in 11 years with Buffalo. He played a crucial role in Buffalo’s playoff runs in 2005-06 and 2006-07, played in the 2007 NHL All Star game, and he won the Vezina Trophy during the 2009-10 season. Miller was traded to the St. Louis Blues in 2o13-14 and has spent the past two seasons with the Vancouver Canucks.