“I thought he played a great game for a player in his first game in the NHL,” said Julien. “He was very solid in all aspects of the game. He was aggressive in closings gaps, played with a lot of confidence, was solid in the battles along the boards, and was confident with the puck. He did well on everything we wanted to see from him.”

In front of family, friends, and the Bell Centre faithful, Juulsen never looked out of place. In 17:13 minutes of playing time, the 20-year-old recorded two shots on goal, two scoring chances, four hits, and one block versus the Rangers. Juulsen was most impressive on the penalty kill, playing 2:49, second only to fellow rookie Victor Mete. Juulsen did not expect to play such role in his first game, but was pleased that Julien entrusted him with the assignment early into his career.

“I wasn’t sure about the penalty kill going into the game,” said Juulsen. “To get that opportunity from the coaches is great.” 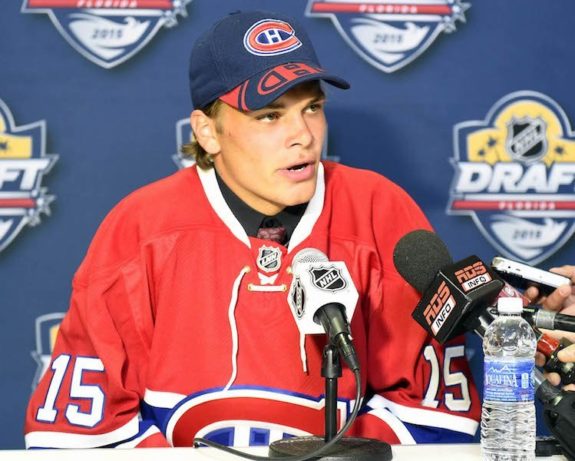 The expected jitters of making an NHL debut certainly affected Juulsen prior to puck drop, but as the game progressed, he became increasingly comfortable.

“I was obviously nervous going into the game,” said Juulsen following the win. “But the guys in the dressing room helped me through that, and I think it showed in my play.”

A strong start to the career of the Canadiens first-round selection in the 2015 NHL Entry Draft. With defensemen Shea Weber sidelined for the remainder of the season with a foot injury, and Jakub Jerabek traded to the Washington Capitals, Juulsen was able to get his chance in Montreal. Paired alongside Karl Alzner on the blue line, Juulsen was appreciative of the veteran’s guidance on the ice.

“He was talking to me all night,” said Juulsen. “I think he just helped me get through the game, and he was great with me.”

The pair combined for a Corsi-for percentage of 60%, while Juulsen controlled 59.97 percent of the shots, 71.43 percent of the scoring chances, and 85.71 perceent of the high dangerous chances while on the ice at 5v5.

His performance earned him an important opportunity late in the third period. With 1:30 left to play as the Canadiens held on to a 2-1 lead, Juulsen was sent on the ice by Julien to maintain the advantage and seal Montreal’s first victory in six games. He was successful, as Phillip Danault scored into an empty to give the Canadiens the win versus the Rangers who were without forwards Rick Nash, Michael Grabner, and defenseman Ryan McDonagh.

“I was nervous, but I just had to keep it cool, play my game, and it was nice to see an empty-netter go in,” said Juulsen.

Fellow Canadiens’ defenseman Jeff Petry, who scored the game-winning goal 3:50 into the second period, was impressed by Juulsen’s debut.

“I thought he moved the puck well. He had a strong defensive game,” said Petry. “[The first NHL game] is always the hardest one to play. You have a lot of nerves going through, but he looked calm and confident. I think as you play each game, you get more and more comfortable, and I think he did well tonight for sure.”

For now, Juulsen remains set on staying with the Canadiens for the rest of the season. Seeing what it takes and earning the trust of his coaches is a step in the right direction, and Juulsen understand fully what needs to be done to become of full-time NHL defenseman. 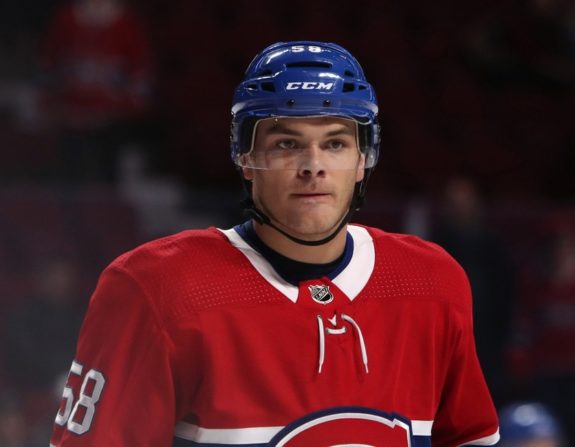 “I just have to keep things simple,” said Juulsen. “I just have to move the puck up as fast as I can to the forwards and letting them go on the attack.”

“I’m just happy to be here and to be playing in my first NHL game,” added Juulsen.

The Canadiens’ four game home-stand continues on Saturday versus the league-leading Tampa Bay Lightning. In two meetings with their division-rival this season, Montreal is 1-1, outscored by Tampa Bay 4-3. Antti Niemi is expected to start in goal.