After beating the Calgary Flames to start week 2 of the new 2013-14 season, the Vancouver Canucks continued with that winning momentum but had soon found themselves with a couple of tough losses. After being up in the standings at 2-1-0 after Calgary, the Canucks ended week 2 at 3-3-0.

In the continuation of the Goaltending Saga that have plagued Vancouver for much of the past three seasons, New Jersey Devils backup Corey Schneider returns to the city that many thought he would be staying in. Feelings still remain much divided between the Luongo haters and the loyalists. In his pregame interviews, Schneider insisted that he’s moved on from the controversy, and treated his return to Rogers Arena as “just another game,” but deep down inside many feel he badly wanted to win this one, to show the haters what a brutal mistake GM Mike Gillis had made.

The Canucks proved their meddle against the Devils, winning 3-2 in dramatic overtime fashion. However this was Vancouver’s third straight come-from-behind victory. It’s a given that Vancouver should beat Edmonton and Calgary, teams that they should be able to intimidate early and score first. This worrisome trend will continue to plague them if Coach John Tortorella doesn’t do something to fix it immediately.

Again, the Canucks fell back early against their coastal rivals in San Jose but didn’t mount any comeback this time, losing 4-1. And once again, the Sharks continue to have their number in all facets of this bitter match up.

The concern remains with the Canucks’ lack of depth, lack of confidence and talent such as Antti Niemi, Logan Couture, and Patrick Marleau who continue to beat Vancouver night in and night out. Luckily, the teams won’t meet again until November 7. On to the Montreal Canadiens… 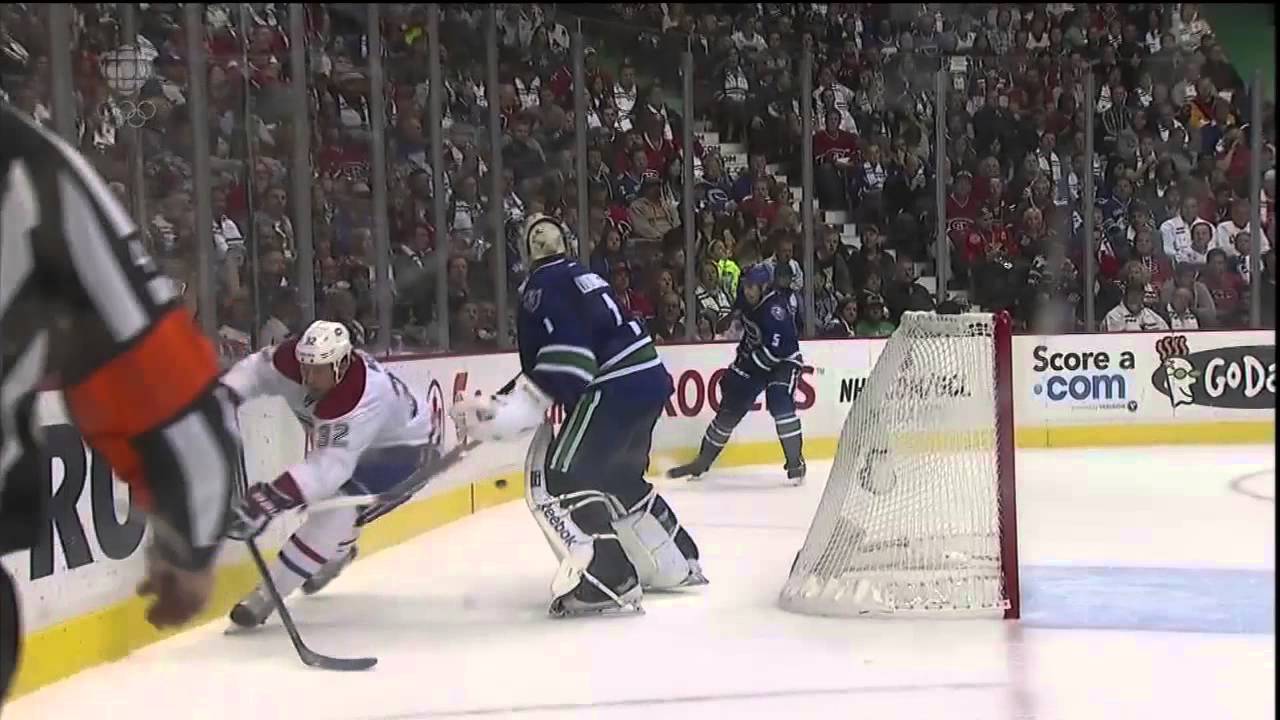 Dan Hamhuis’ own goal wasn’t on the same scale as Steve Smith in 1986 or Dan Boyle in 2010, but it still hurt the Canucks’ psyche for the rest of the game. Montreal continued to pepper them and hem them in their zone, resulting in a convincing 4-1 win. The Habs did it without Captain Brian Gionta which clearly meant Montreal’s depth wasn’t an issue. Neither was Carey Price’s stellar goaltending that held back any onslaught the Canucks had until the end. And when that own goal happened, that took the wind out of Rogers Arena along with the team’s confidence level.

Week 3 will be tough. The loss to Montreal is going to hurt the Canucks and their psyche. Heading into the longest road trip of the season will be no easy task. They’ll need to pick themselves up in a short amount of time if they are to have a chance and steal some points away from home.

The Road Trip to Hell?

Highs: Young stalwarts like Mike Santorelli should continue to play hard and impress Torts by scoring some much needed goals. The offense played well for the most part against Montreal until that Brain Fart. They need to continue to apply offensive pressure.

Lows: Only Santorelli and the Sedin Twins are providing the offensive spark. The lack of depth behind the first line will continue to be a concern. If that doesn’t get fixed the Canucks will be eaten alive on the road. Need more effort from the likes of Ryan Kesler, Chris Higgins and Jannik Hansen.

Outlook: Definitely steal some points from Columbus and Buffalo, maybe get some more from Philadelphia, Long Island and New Jersey. Pittsburgh and St. Louis will be two challenging venues.