The Washington Capitals have acquired forward Carl Hagelin from the Los Angeles Kings in exchange for a third-round pick in the 2019 NHL Entry Draft as well as a conditional sixth-round pick in 2020, the Capitals announced Thursday. The Kings will also be retaining 50% of Hagelin’s salary, according to Pierre LeBrun.

According to LeBrun, the condition on the sixth-round pick is that the Capitals must win two rounds and Hagelin must play in at least 50% of any two rounds in the postseason combined.

Hagelin is in the final year of a four-year contract that he originally signed with the Anaheim Ducks back in 2015. Hagelin was traded in that same season to the Pittsburgh Penguins. He’d play with the Penguins until the 2018-19 season before he was traded to the Los Angeles Kings for Tanner Pearson. 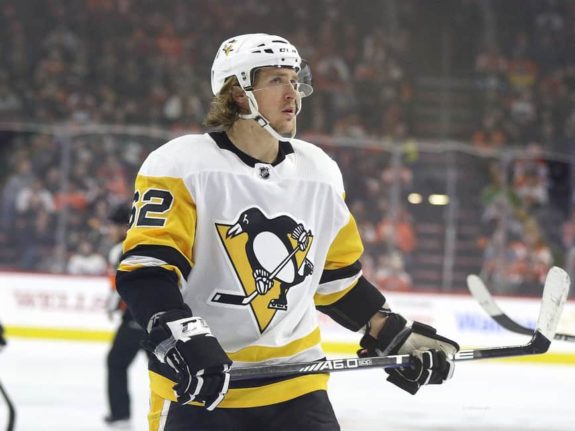 Carl Hagelin is set to join his third team in the 2018-19 season after starting the year in Pittsburgh and eventually being traded to the Los Angeles Kings. January 2, 2018 (Amy Irvin / The Hockey Writers)

This is Hagelin’s third time playing for a team in the Metropolitan Division as he was originally drafted in the sixth round of the 2007 NHL Entry Draft by the New York Rangers.

The Capitals are hoping that Hagelin can return to form and be a player who’s capable of providing valuable depth goals down the stretch as they look to once again bolster their lineup for a postseason push.

Dating back to his rookie season in 2011-12, Hagelin has scored double-digit figures six times. He has what it takes to chip in offense and his speed and penalty-killing ability make him a valuable asset to have, even if the offense has significantly trailed off this season.

Especially when considering the Capitals rank 22nd in the NHL on the penalty kill, killing off only 78.4% of power plays faced.

“We are pleased to welcome Carl to our organization,” said general manager Brian MacLellan. “We felt this trade enables us to add depth up front and provides us with a veteran player with a tremendous amount of speed to help us on the penalty kill.” 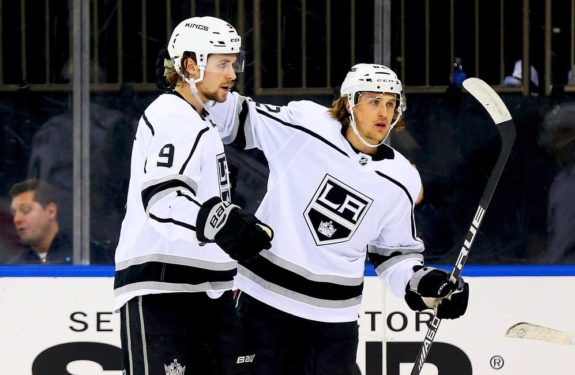 Carl Hagelin has been traded by the Los Angeles Kings to the Washington Capitals are they look to defend their Stanley Cup Championship. (Andy Marlin-USA TODAY Sports)

In addition to what Hagelin can bring to the Capitals on the penalty kill and with depth scoring, he also has experience in the postseason as he’s a two-time Stanley Cup Champion with the Penguins in 2016 and 2017.

In 121 career playoff games, the Swedish winger has scored 22 goals and 47 points. He’s also tied with Ovechkin for the second-most playoff games among Capitals’ players with Brooks Orpik leading the way with 149 games of postseason experience.

That type of experience will bode well for the Capitals as they prepare to enter the 2019 NHL Playoffs as defending champions for the first time in franchise history. The team has proven that they aren’t content with sitting on one championship and coasting along. This season, the Capitals are just as invested in bringing the Stanley Cup home as they’ve ever been.