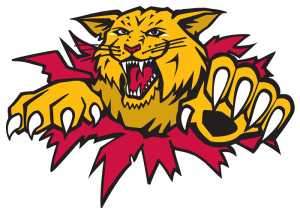 Garland is the first player in Wildcats history to lead the Q in scoring, and he is only the second American-born player to do it (Pat LaFontaine was the first).

Over the final 21 games of the regular season, Garland was held pointless in just one game; otherwise he racked up 53 points in that final stretch, including 40 assists and 13 goals.

This is hardly new ground for Garland. Look at his stats:

In Moncton this past season, Garland was one-third of the most dangerous line in the Q, the so-called GAB line featuring Ivan Barbashev (2014 St. Louis Blues pick) and Cameron Askew (2015 draft eligible).

Garland is not so much a magician with the puck as he is a warlock with it, casting black magic spells to pull off unbelievable passes. He plays a lightning-fast game, is extremely elusive, and is entirely unpredictable with the puck on his stick. He’s capable of making passes that no one has ever thought about or seen before. His quickness is too much for his opponents, and his elite hockey IQ is simply off the chain. Far and away he was the most exciting player to watch in the Q this season, bringing fans out of their seats again and again. There seems no limit to what he can do with the puck on his stick.

So why haven’t you heard about him? Check his specs again. At 5’8″ or 5’9″, some hockey fans are convinced that a player his size can’t succeed away from the amateur stage.

Furthermore … do his extraordinary skills translate to the pro game? No. He couldn’t get away with a lot of that in the pro leagues.

But Garland is a determined athlete, hell bent on reaching the NHL. He’s adapted his game before. If he has to adapt again in order to keep playing hockey, he’s likely more than capable of doing that.

Scouts dissed him last year. There’s just no way that will happen again this time around.

“Conor is one of the most exciting players I have ever seen. His dedication to being a complete 200-foot player has been a huge part of his success. His commitment to conditioning has led to a great consistency. The sky is the limit for Conor’s future in hockey.”

Theo Fleury … but bigger, and with smoother hands.

When He’ll Go In June:

He has the talent to be an early round pick but he could slip way down if teams don’t see him capable of developing a pro game. Still, as was pointed out on the boards at Hockey’s Future, teams like Montreal and Tampa Bay have shown a willingness to draft the smaller, highly skilled players, and they’ve shown an ability to develop them into NHL-ready players (Tyler Johnson, David Desharnais come to mind). Garland’s speed and his shiftiness alone reduce the size argument to so much useless chatter.

He doesn’t score on the dangle at :52 but it’s still a brilliant move.