Evgeni Malkin isn’t scoring goals.  Yes, he lit the lamp against the Islanders on Friday night but that represents his only tally in 17 games.  What’s more, Geno has potted just four markers in the Pens’ 24 contests this season.

And, yet, Evgeni sits seventh in the chase for the Art Ross Trophy on the strength of his league leading 22 assists.  In fact, Sidney Crosby (currently pacing the NHL in scoring) has produced only four more total points than Malkin’s 26 in the 2013-’14 campaign.

That contrast in goal and point production has turned Geno into somewhat of a polarizing figure for some of the Penguins’ faithful.  Because, while Malkin isn’t scoring like he’s proven he is capable of in the past, he is still creating offense and playing at a level that few can match.

Madden still beating the Maklin narrative is just idiotic and insane. Malkin has been the best forward on the Pens last 10 games

So, what are we to make of Evgeni’s season to this point?

As his goal drought dragged on, Malkin’s frustration became more and more evident.  After all, someone with Geno’s talent isn’t accustomed to long stretches of scoring futility.

But what is the root of the problem?

Some say Geno was turning into too much of a perimeter player; he wasn’t going to the dirty areas enough to be successful and manufacture goals for himself.  Pierre McGuire took it a step further, suggesting the problem simply revolved around effort:

In its simplest form, though, Malkin’s struggles can be traced back to a lack of throwing pucks on net.  His 2.79 shots per game are, by far, the lowest of his career.  What’s more, the issue snowballed when Geno’s confidence plumetted during his goalless drought.  Indeed, in the 13 games prior to breaking through against the Islanders, Evgeni managed just 25 shots on net (1.92/game).

In that game he finally tickled the twine?  Malkin ripped six pucks on net.  Prior to that contest, the star center hadn’t registered more than three shots on a goaltender since an October 21 matchup against Colorado.  It’s no coincidence that he finally broke through against the Isles.

More shots on goal translate to more tallies; it’s a simple as that.

Earlier this month, we wrote about how Malkin appeared ready to breakout of his slump; that, despite the lack of scoring, he was starting to take games over and make things happen.  Well, Geno has potted only a single marker since then but his play has continued to improve.  He’s looking more and more like the Evgeni Malkin of old who dances around defenders and consistently creates opportunities.

While it hasn’t led to many goals for Malkin, personally, it has produced a pile of assists.  In fact, a charge that has seen him post 15 helpers in the month of November (11 games) has provided Geno with a share of the NHL’s assist lead.

The return of James Neal has, without question, helped in this regard.  It took a couple of games but the duo has quickly restored the chemistry they enjoyed with one another over the past couple of seasons: 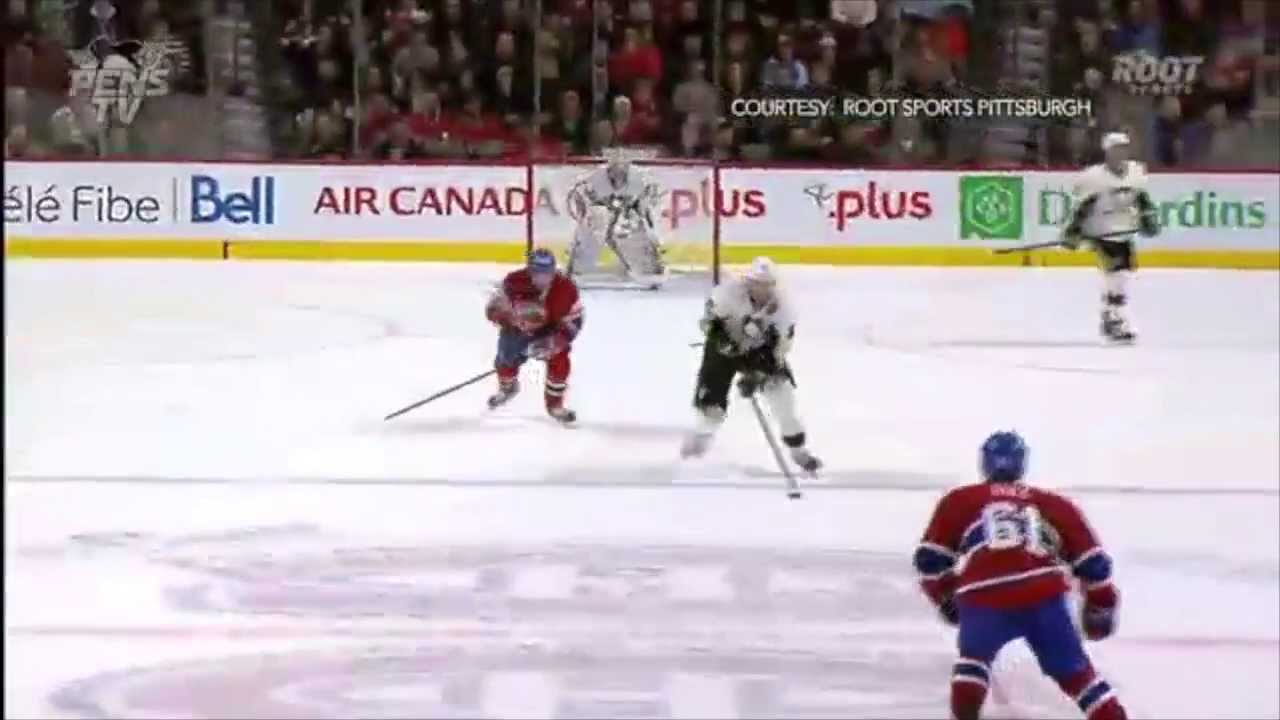 That resergence has Malkin on pace for 75 assists this year, only three shy of his career high.  And, with the way Geno has cranked up the production over the last few weeks, that career best may well be in jeopardy.

Say what you will about the fact Malkin has produced only four goals to this point in the season.  The bottom line is that he still finds a way to put up numbers at better than a point-per-game clip while continuing to prove that he’s capable of single-handidly swinging a game in his club’s favor.

There aren’t many teams out there that wouldn’t take that.

3 thoughts on “The Curious Case of Evgeni Malkin”